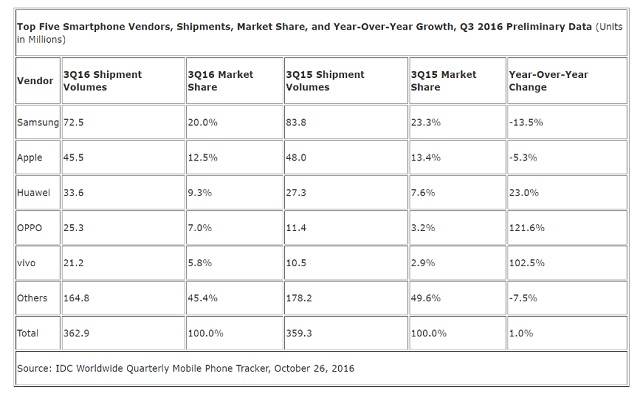 However, the third biggest manufacturer is Huawei which shipped 23% more units than in Q3 2015. The reward of this achievement goes to P9 and Honor V8. Whereas OPPO gets the number fourth position and Vivo is at 5th position.