QMobile have launched an entry level smartphone in the name of QMobile Bolt T200 with an affordable price of Rs:6,750/=. The device has the capability to handle 3G bands with WCDMA data support. Being sent here with the latest Android version of 4.4 Kitkat. The device features the necessary sensors like the light, proximity and the motion sensor. QMobile Bolt T200 has 4.3″ WVGA Display. Move a head through “QMobile Bolt T200 Review” and find out the internal and externals of the device in detail.

QMobile Bolt T200 has a 4.3″ WVGA display with 800*480 pixel dimensions with 240 dpi. With this screen you wont be able to play the HD videos and you also have to compromise with it because it is an affordable, low budgeted smartphone with entry level specifications that shouldn’t be expected for higher results. The display driver is Mali-400 MP.

QMobile Bolt T200 has 512MB RAM. It would have gone quite high if the RAM were 1 GB that could run smooth and fast internet with its 3G and better games. The processor is though better with a 1.2GHz Quad core’s speed, yet 512 MB RAM won’t run better with it.

Bolt T200 has been launched with a Quad core processor with 1.2 GHz speed that is better enough to handle complex tasks and execute them with efficiency. The CPU Model is Quad-core ARMv7 Processor (VFPv4, NEON). The frequency fluctuation is between 768.0~1200.0 MHz and is a 32-bit processor with 4 cores.

The box contains a soft rubber cover for protection, a USB Cable, a usual hands free and a traveler charger with 0.5 mAh charge capacity. Warranty is granted by DIGICOM.

An affordable and low price smartphone shouldn’t be expected to have a high resolution camera. QMobile Bolt T200 Review shows the camera’s power that is good with this much of price supported with a flash light to its left.

Below image has been taken with its front camera that doesn’t have high MPs, yet it is a VGA camera that can be used for social media video chat and normal selfies. The power of the front camera is 0.3 MP and the dimensions are 640*480 pixels. 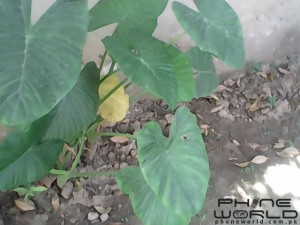 The rear camera embedded in QMobile Bolt T200 is 2.1 MP with dimensions of (1920*1080 pixels). The below image has been taken with the rear camera with its full power. 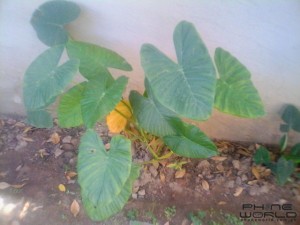 If you are a QMobile Bolt T200 customer and want to have a quick and detailed prior information about the device. Then go a head and have a full read of “QMobile Bolt T200 Review” to check for all the angles. The images below shows the external angles of the device. The device has better length and width, yet the breadth is larger than the expectations.

Grabbed nicely in the hands, you can have a full access to its 4.3″ display. The thumb can pick almost all the corners of the screen. No further energy is required to move your hands for the upper portion of the screen.

Below images show the internal part of the device without the external cover. QMobile Bolt T200 is a dual SIM supported device with SIM-1 specifically for 3G. The battery is removable and replaceable with 1450 mAh capacity and Li-ion Technology.

The images below shows the internal interface with the drop down snapshot in the first place. The second snapshot shows the home screen of the device with normal icons and background image with simple colors. The third snapshot consists of features like torch, calculator, sound recorder and others. Consult the images below.

The following first snapshot show the internal storage and available storage. The second snapshot shows the battery and the total time it spent with the last charge and the apps that are running or have been running for how long. The interfaces for key-pad and keyboard have been the standard and general that gives a user friendly environment for the users.

As QMobile Bolt T200 is an entry level smartphone with low price and low specs. The results shouldn’t be confused with the leading smartphones. We have checked the device for many apps and the results are shown below.

Nearly 16 thousand score is quite good for an entry level smartphone. Although the results would have competed Samsung Galaxy S3 in a close chase if the RAM were 1 GB. Now with a 1.2 GHz Quad core processor and 512 MB RAM, the achieved score is great by QMobile Bolt T200.

The browser, single core and the multi-core performance have been checked with Vellamo, one the most brilliant unbiased free apps that bench marks the smartphones after been checked with different tasks. The results have been shown in the following snapshots below.

QMobile Bolt T200 gets a close chase with international brand, Samsung Galaxy S3. The results are shown below. Have a look.

After been checking with a GPU testing tool, QMobile Bolt T200 gets the following results. You can also compare the scores of the newly launched QMobile Bolt T200 with the scores of the newly launched QMobile Noir Z8 Plus. Although the scores for both have been nearly the same. Still QMobile Noir Z8 Plus is the best with its screen resolution normalized score. Consult the results below.

Although the RAM has been low for a smartphone. The results were smooth and better after been testing the smartphone with the games below.

QMobile Bolt T200 is an entry level smartphone with low price and comparatively better specifications and performance. The display and look are not that much better. Memory of 1 GB could have increased the speed and performance, yet compromises have to be taken somewhere. The 1450 mAH battery is good with an entry level phone with 4.3″ display. SIM-1 is 3G supported with WCDMA. QMobile Bolt T200 has been kept with the price of Rs:6750/= which is the most promising fact about QMobile in the market.