QMobile CS1 Plus is 4G enabled device with the quad-core processor of 1.3 GHz while the internal memory is 32GB and RAM is 3GB. The camera section has 13MP back camera lens and 8MP front camera lens. It runs android version 7.0 (Nougat) with the native interface. The power house has a big battery of 3000 mAh and it is dual SIM supported device. 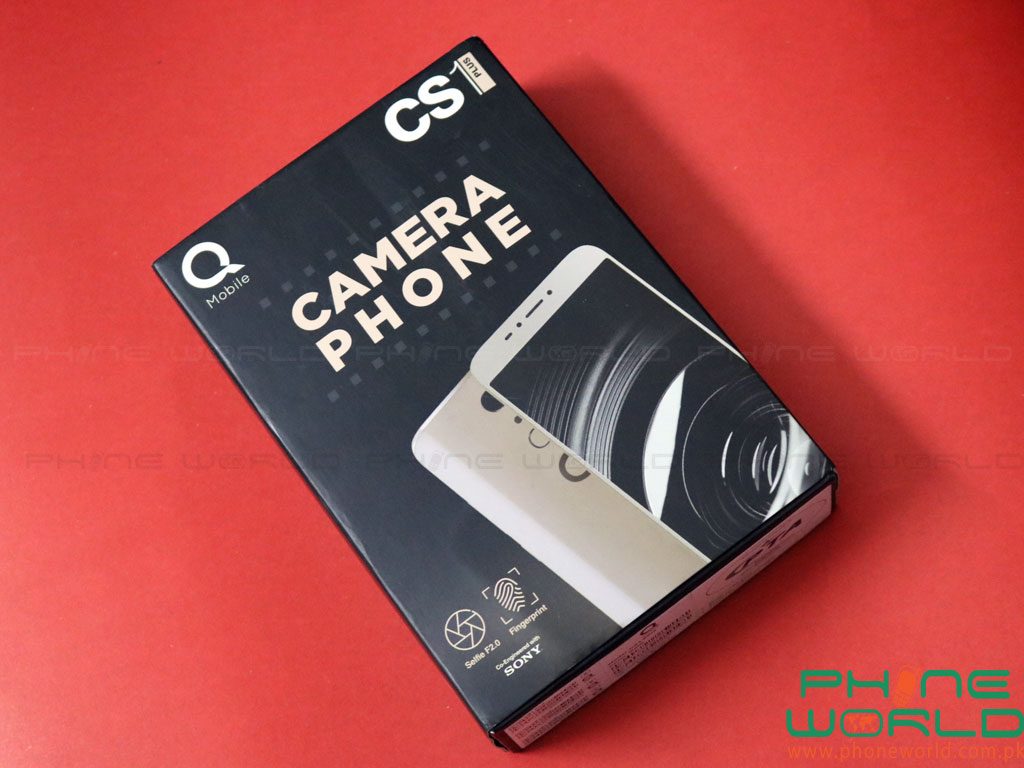 Price and Specifications of QMobile CS1 Plus:

Display of QMobile CS1 Plus:

QMobile CS1 Plus is 5.5 inches’ device with HD IPS capacitive touch screen and screen to body ratio is almost 71%. It supports the resolutions of 1280 x 720 pixels while the density pixel is 320 dpi. The supportive pixels are enough for the clear visibility of icons and texts.

The QMobile CS1 Plus is using Mali-T720 as its Graphic processing unit (GPU) which improves its performance mainly in graphic display and a good point for 3D game lovers.

It has scored 3-points in the multi-touch test which is satisfactory because most of QMobile mid-range devices scored the same points.

Design of QMobile CS1 Plus:

The QMobile CS1 Plus measures 152.3 x 74.3 x 8.1 mm that is almost same taller and thicker like QMobile flagship devices. The weight of the device is 168 grams which make it heavier than QMobile CS1. It carries a nonremovable battery of Li-Ion 3000 mAh.

QMobile CS1 Plus doesn’t have any home button at the front side. The plastic bezel is covered with the front screen with a metallic material. The upper side of the front body has a front camera, sensors and notification LED light.

The connectivity ports of QMobile CS1 Plus are present on its edges like audio jack, sim jacket and charging port. The right edge has volume key and power button whereas left one has nothing.  The audio jack is present at top edge while microUSB port is present at the down side edge.

The back side of QMobile CS1 Plus is covered with the shiny metal body. Finger print authentication is accessible on the back body which is present just below to back camera lens. Camera and LED flash light is present on the back side.

QMobile has tried their best to provide the maximum best camera in CS1 Plus as it is the high-end end device. The device is featured with 13MP back camera and 8MP front camera which makes the best combination for camera lovers.

The both cameras have excellent results in every way. Colors are beautifully used and features in the camera are very easy and usable. Videos can be made in full high resolutions of 720 pixels. Let’s review the both cameras in detail.

Back Camera of QMobile CS1 Plus:

The rear camera is carried with 13 mega pixels and video HD support up to 720p. The back camera has amazing results in every sense from color schemes to brightness, everything just looks perfect. It is accessible with a flash light.

The interface of the camera is very easy to use. It is divided into three layers, upper one has adjustable settings option while below we have modes option and click the button. Video, face beauty, photo, and ultra-pixel are the modes present on the main camera screen.

The video camera has adjustable settings of Geo tagging, Anti- shaking, Microphone, scene mode, video quality and much more. Scene mode can adjust the lights automatically by providing the options of auto and night. We can adjust exposure setting manually also and white balance can also adjust with the options of cloud, day light, fluorescent and incandescent.

Face beauty camera enhances our beauty with the functions like smoother, whitening, slimming and eye enlarger. We have tested the QMobile CS1 Plus back camera, results are very well. Pure colors are used and intake of pictures are very well. Pictures are not noisy at all and brightness is very well-managed.

Front Camera of QMobile CS1 Plus:

The front camera is featured with 8MP and flash light is accessible. Multi effects window is given in which Ash gray, Noir, Sofina, Vintage and many other effects are available. These effects are for those who like to experiment with different shades of colors.

The front camera can make videos up to 720p quality. Many different modes are available like HDR, professional, smart scene, time-lapse, panorama, macro, and many others. Ultra-pixel mode is not accessible for the front camera.

The front camera is tested and results are extra ordinary. Sharp and bright colors are observed and you feel the energy in your pictures especially in the selfie ones. Some images from front camera of QMobile CS1 Plus are shared below:

Memory of QMobile CS1 Plus:

QMobile CS1 Plus is equipped with 32GB ROM and 3GB RAM. We can say the RAM choice is so good but internal memory should be of at least 64GB so we can use it well even without a memory card. Game lovers and applications freak must have to insert memory card otherwise 16GB is not enough to fulfill their requirements.

CS1 Plus has very good choice of 3GB RAM because it is enough to do powerful performance in multi-tasking. We have tested its RAM and got not delays and lags while testing it.

Network/Connectivity of QMobile CS1 Plus:

The QMobile CS1 Plus is properly equipped with every connectivity. It supports all the bands of Pakistan in 3G and 4G connectivity. The speed limit over LTE network or 3G network is cat.4 450/50 Mbps.

We have dual sim option available in the device. The sim jacket has the option of Nano and micro sim, if we want to use memory card then we can use only one sim as another sim place will work as a memory card.

Battery of QMobile Cs1 Plus:

QMobile CS1 Plus has non-removable big Li-ion battery of 3000 mAh that is present inside the back cover. Li-ion battery always provides less weight and a great performance which we can see in CS1 Plus. The handset a has a big battery inside it that can easily provide us 7-8 stand by hours to play with it. It has MediaTek chip set which also supports battery saving function so it is plus point for CS1 Plus.

Although excessive usage of 4G/3G/2G, games or videos can drain the battery very quickly otherwise this battery is perfect according to all other features of CS1 Plus.

Inerface of QMobile CS1 Plus:

The QMobile CS1 Plus runs a latest Android version 7.0(Nougat). The device h a s beautiful display and everything is going well with screen size and features.

The interface is similar to QMobile other smart phones. It doesn’t have application drawer just a home slider is available for applications. You have to swipe left and right to change the slider and select your desired application.

They should have search bar application slider via which we could directly access the application, it would be difficult when we will have too many applications.

The Quick settings are accessible by swiping up from bottom side whereas Notification area can access from the top side. The screen brightness slider and extreme power saving mode are also available in quick settings. Power saving mode can save your battery by giving access to only a few applications.

Processor of QMobile CS1 Plus:

QMobile CS1 Plus has a 1.3GHz Quad-core processor which is based on the architecture of ARM-Cort. It is using MediaTek chipset which also supports 720p HD displays, along with HD video recording and playback.

The device has no hanging issue at all because it consists of 3GB RAM. CS1 Plus gets heat up while using the camera module that might be the issue of handling dual cameras. That was the reason that we were afraid of. Still, it’s not a big issue that affects the smartphones’ performance.

Antutu Benchmarking of QMobile CS1 Plus:

We have tested QMobile CS1 Plus with Antutu Bench marking to check its device and performance compared to all its competitors. It has scored 28731 points and ranked in a satisfactory position. The multi-touch test has scored 3 points.

Vellamo Benchmarking of QMobile CS1 Plus:

QMobile CS1 Plus is a perfect device for smart phone lovers because it has an affordable price range. The detailed review above gives you a perfect idea of what new features the device carries and you can easily compare its performance against other phones. The superb 13MP camera, 3000 mAh Battery, Quad-Core processor, an outstanding multi touch, 32 GB ROM, 3 GB RAM, 4G enabled device is all you need for your phone.