QMobile i5i is a handset that everyone can easily buy, because it’s not only within anyone’s budget but also a beautiful in shape, light in weight, and looks stylish in hand. Its 4.5” Display gives beautiful result of all your images and you can enjoy watching videos captured during your good times. Its wide screen helps you to use the phone from a distance as well. QMobile i5i is also equipped with 5 MP rear cam and VGA front cam that gives good result images and videos. Everyone needs a device that works in fastest mode, so QMobile i5i is not only gives you better speed but it also helps you to store your daily life important data. QMobile i5i has 1.3Quad core processor that will help you to manipulate all the tasks easily. QMobile i5i also has 8 GB ROM and expandable memory of 32 GB.

You will get charger of 1650 mAh, Headphones that allow you to carry on with your work during listening music etc. You can save your tutorial in your handset and during work on a project you can get help from your phone by listening audio tutorials. You can also get a charging cable through which you can transfer files easily from your handset to your computer. 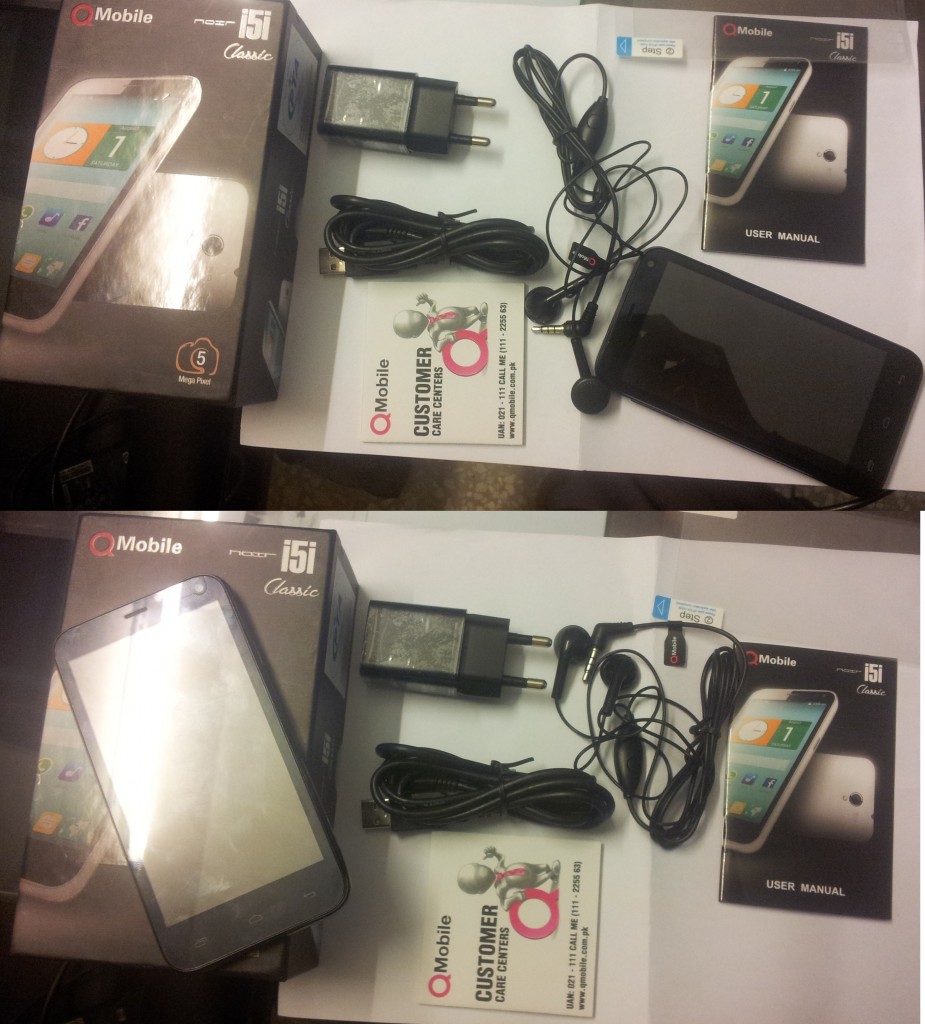 QMobile i5i has Android version 5.1 that is compatible with all the android apps.QMobile i5i having the operating system that is user friendly and anyone can easily operate different apps by using 5.1. 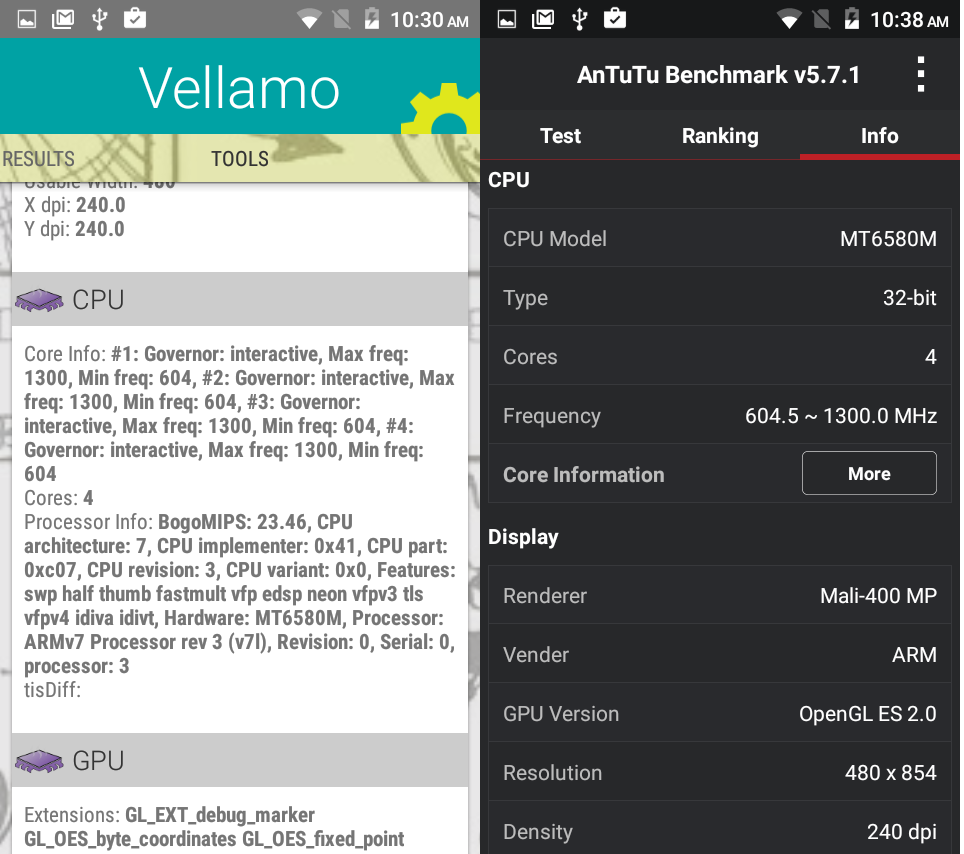 QMobile i5i includes 1 GB RAM and 8 GB ROM that make it faster.so due to its RAM, it will truly satisfy even the most demanding user by storing a lot of data.

QMobile i5i has 5 MP Rear Cam and VGA front Cam which helps you to capture high quality photos. A picture taken from QMobile i5i will delight your eyes.

QMobile i5i will allow you to store a lot of your important data because it has expandable memory up to 32 GB. 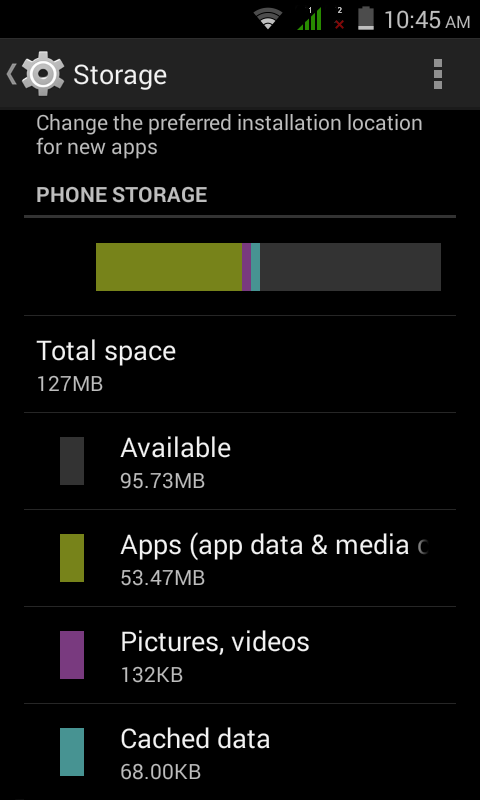 By using Android apps Vellamo and Antutu, we got result for QMobile i5i. 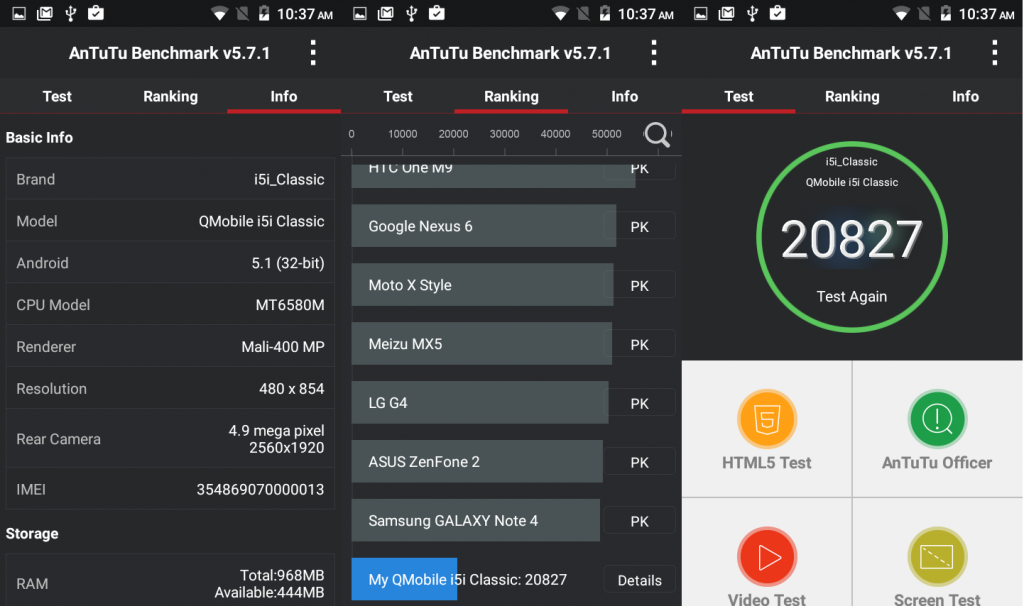 QMobile i5i is affordable for those who want a best mobile within the range of their budget. Mobile i5i is not only a fast mobile but also gives you a continuous usage because of it battery.