The powerhouse has a battery of 2500 mAh, with a processor of 1.3 GHz quad-core. QMobile Infinity E runs the version of Android 7.0(Nougat). Camera section has 5 MP back camera lens with LED flash and 5 MP front camera. QMobile Infinity E is equipped with the memory of 16 GB ROM and 2 GB RAM. The device has access to 3G/4G technology. 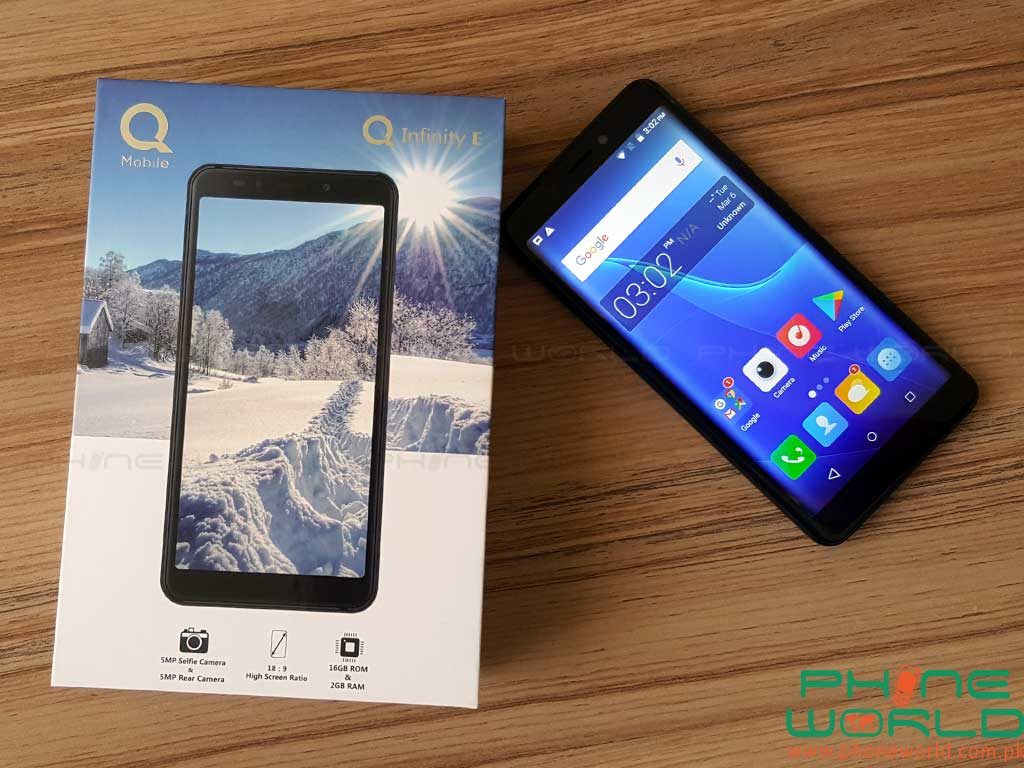 The QMobile Infinity E is an average device like the other devices of QMobile Infinity series. It supports 960 x 480 pixels with LCD touch screen furthermore it has just scored 2 points on the multi-touch test. All these things showed that it is an entry-level smartphone. The front side of the QMobile Infinity E has a front camera at its top side whereas the functional keys are working within in the screen.

The edges of Infinity E is same like every other smartphone. Its back body has round mounted 5MP back camera lens with LED flashlight at the top side. Rest of the back body is full simple, Qmobile logo is marked on it.

The camera of Infinity E is very average because it has 5MP front and back camera lens. It can record video in 720 pixels and the results are very average. We cannot expect any good results from an entry-level smartphone. It has different modes of photography plus the light mode works well in daylight only. Selfie result is also average as it is entry level device. QMobile should improve its quality rather than focusing on quantity.

QMobile Infinity E has 2500 mAh battery and it has lower battery than QMobile Infinity C battery timing. It almost gives us 6-7 hours of consecutive usage whereas excessive usage of 4G/3G will drain the battery very quickly.
If we talk about the processor of infinity E then it has a 1.3GHz quad-core processor with the chipset of MediaTek MT6580M. It has better chipset than other infinity series devices.

Antutu benchmarking always give us the best test score of any device and we have tested this benchmarking on Infinity E and it has got 24499 points.

Vellamo conducts few tests to check the device and these tests are chrome test and metal test. The Browser has scored 1617 points, metal scored 790 points and the multicore test has scored 1190 points.

QMobile Infinity E is the best one among all other infinity series of QMobile and it has better specs than both QMobile Infinity B and C. Its price is little higher because of little better specs. Overall, a better mid-range smartphone with better features.