QMobile Linq L15 has a smart design with least weight. The design in so well finished and the edges have been smoothly curved that feels quite comfortable and handy in the sole of your hand. The leather back cover (as it was in the previous release of QMobile Linq L10) further enhances the beauty of the device. The 5″ HD IPS LCD display is capable of playing heavy and graphical apps and games with its Quad core super fast processor. The number of frames are almost 46 frames per second that makes you examine smooth operations and icons in the display. The resolutions of its display are 720 x 1280 pixels and almost 320 dpi. The shape of QMobile Linq L15 is flat with its end to end flat shape that makes it slimmer and features a bigger display. QMobile Linq L15 has the power of 5 point multi-touch access. The driver used for graphics is Mali-400 MP. Architecture is ARM Cortex-A7, type is 32 bit and number of cores are 4, also called Quadcore.

The camera of QMobile Linq L15 is amazing and it looks like a real 8MP camera that ought to be. The Rear Camera is 8MP AF and is supported with an LED Flash light that takes images with super High Quality. The size of images taken by QMobile Linq L15 reaches to about 3MB and the dimensions as discussed above for its rear camera are (3840 x 2160 pixels). The image below shows the interface along with the quality of the Rear camera.

Below given is the attached image taken by the Rear Camera of QMobile Linq L15. The size ranges from 2 to 3 MB depending upon the variations in colors and texture and intensity of light. The dimensions of the rear camera are 3840 x 2160 pixels that are really high resolutions. 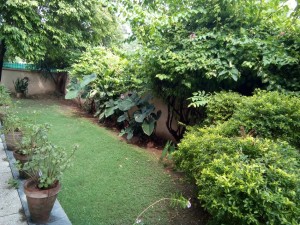 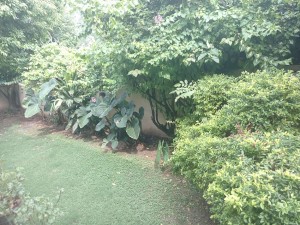 Linq L15 is unlike QMobile Linq L10 which was a dual SIM like this Linq L15 but the bands that can be used were WCDMA which is initial stage of 3G. QMobile Linq L15 is capable to support HSPA which is a higher band and it supports greater data traffic in relation to WCDMA.

In all the features, the thing that I unlike is the battery. Though it is mentioned to be 2800 mAh that is a large capacity battery yet the performance is not that much good and you have to be a little curious about the usage of the battery. The normal use of the battery is one complete day and heavy apps and games can greatly affect the duration to minimum.

The internal storage along with the total free space is mentioned in the third snapshot. If you need more space, you can have a memory card of greater capacity (up to 64 GB size) which is almost doubled the size of memory card that can be used inside QMobile Linq L10 i-e 32 GB.

The box along with the accessories have been mentioned in the snapshots below. The accessories contain a 1 amp charger, better hands free and a USB Cable. The look is crystal clear from the images below, so have a look at the stylish Linq L15.

QMobile Linq L15 with its grip is been mentioned in the following snapshots. Consider the sleek designed end to end sleek device with a leather back cover that has a perfect look in the sole of your hand.

The home interfaces when you just turns ON your QMobile Linq L15 smartphone looks as been shown in the snapshots below. The layouts for dial pad and keyboard have been modified in the OS Lollipop and has been made simpler with no grid lines around the buttons that looks simpler though yet the standards have been followed.

With a 1.3 GHz Quad core processor and 1 GB RAM and 8 GB ROM, what a user can expect is a total score below 20 thousands. QMobile Linq L15 has scored 17455 points which keeps Linq L15 in the midrange smartphones list. Antutu score for QMobile Linq L10 were in 15 thousands which has been accelerated to 2000 more in Linq L15. In the second snapshot, you can see the position of Linq L15 which makes its place just below ASUS Zenfone 5. The third snapshot is about the CPU architecture and its functionality.

Bench marking QMobile Linq L15 for its single core, multicore and browsing performance, we obtained the following results as shown in the snapshots below.

Being powered by a MediaTek processor with 1.3 GHz speed accompanied by a 1GB RAM and 8GB ROM with its Mali-400 MP driver for processing graphics that makes an average of 47 frames per second. The graphics performance is almost similar to Huawei P8 LITE.

A reliable smartphone QMobile Linq L10 that was featured by an Indian Actress Prianka Chopra has now a successor in the name of QMobile Linq L15 that has better specifications and results in the benchmarking has just been kept in total of 12,900/=. This may be the most budgeted smartphone with that specs and a wonderful shape with a sleek design and a leather back cover.