QMobile LINQ L20 is a dual Sim handset with 5 inches IPS LCD touch screen with 320 dpi pixel and resolution of 720 x 1280 pixels. QMobile LINQ L20 has armeabi-v7a android architecture. QMobile LINQ L20 looks very beautiful in hands with its leather textured back. QMobile LINQ L20 has better specifications than its predecessor that was L10.Heavy battery and wide range of colors make it ideal for teenagers. There is a loud speaker and 3.5 mm jack installed in the phone. There is 2GB RAM in QMobile LINQ L20 with internal memory of 16 GB that can be expandable via micro SD card up to 32 GB. QMobile LINQ L20 comes with 13 MP rear cam with LED flash and can record high quality videos at 1080p and it has 5 MP Front cam. LINQ L20 runs on latest android version 5.1 that is capable to run device smoothly while multitasking is in progress. QMobile LINQ L20 has MediaTek MT6592 octa core processor that clocked on 1.4 GHz. If we talk about the battery; it has high volts battery of 2500 mAh that keep device alive for a long time. QMobile LINQ L20 using OpenGL ES 2.0 GPU version.

General: QMobile LINQ L20 has Octa core processor that works with 1.4 GHz frequency and very powerful processor to run number of games and number of different sized apps at the same time. LINQ L20 has internal memory of 16GB and a speedy RAM of 2 GB that allow device to do different task at the same time without affecting the performance of the device .Another good point for this device that it is using latest version of android that is compatible with all the latest apps and with excellent performance.

Memory: QMobile LINQ L20 has enough memory to store your necessary data. QMobile LINQ L20 has not only internal memory for storing the data but it also has ability to expand memory so that you get more space to store files, music videos pictures, apps, games etc.
Camera: QMobile LINQ L20 has 13 MP of Rear cam and with the help of rear cam you can record high quality videos. Its rear cam enables you to capture photos in different lights. Less light don’t spoil your good shots because rear cam also had LED Flash.L20 has 5 MP front cam that capture your good selfies even better. 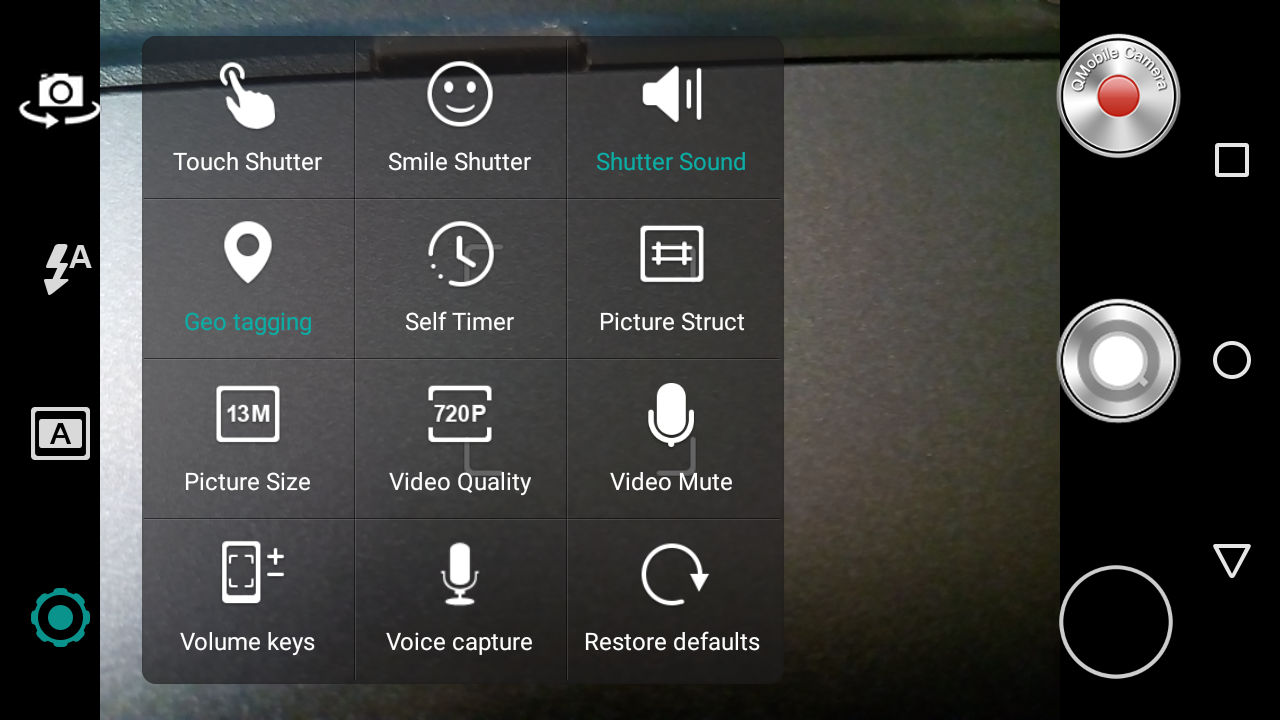 Features: QMobile LINQ L20 has different features that are very useful for a device. Some features are written below which gives you availability to connect with your family and friends. If you on a trip anywhere you don’t need to carry a lot of things with you because your QMobile LINQ L20 has a lot of important usable features in it.
Battery: QMobile LINQ L20 has 2500 mAh battery that keeps your device alive for a long time if used carefully. If you use device with save power option then you don’t need to carry your device charger with you everywhere.
Benchmarking:Usually we use benchmarking app to show the result for the device. Here we use Antutu, Vellamo and GPU benchmark apps to get result for QMobile LINQ L20.
Benchmarking By Antutu:We benchmark the device through Antutu and we got the result appx. 30k.that is very good result comparatively other devices such as L10. 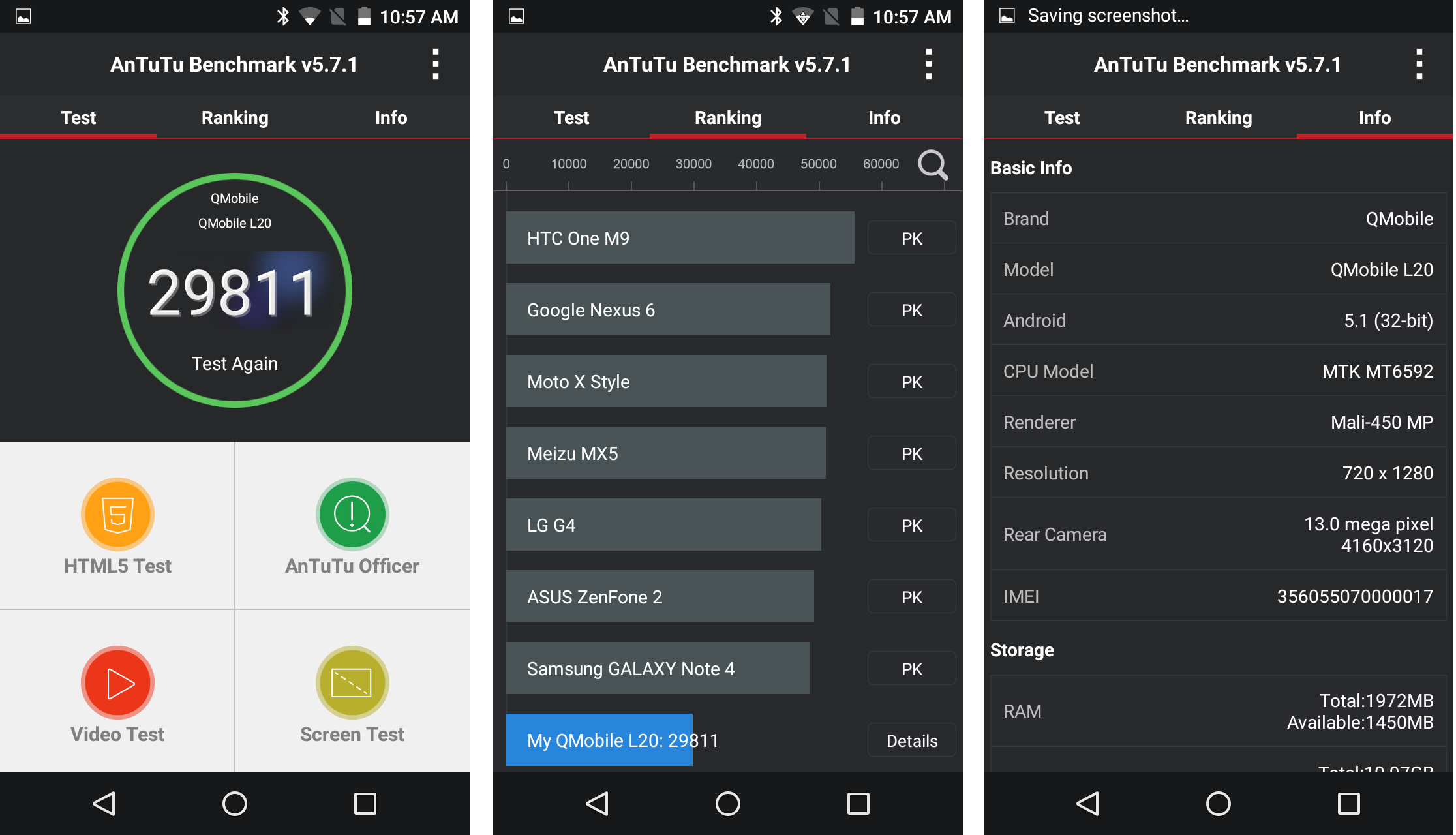 Benchmarking By Vellamo:Vellamo gives us three results for LINQ L20, 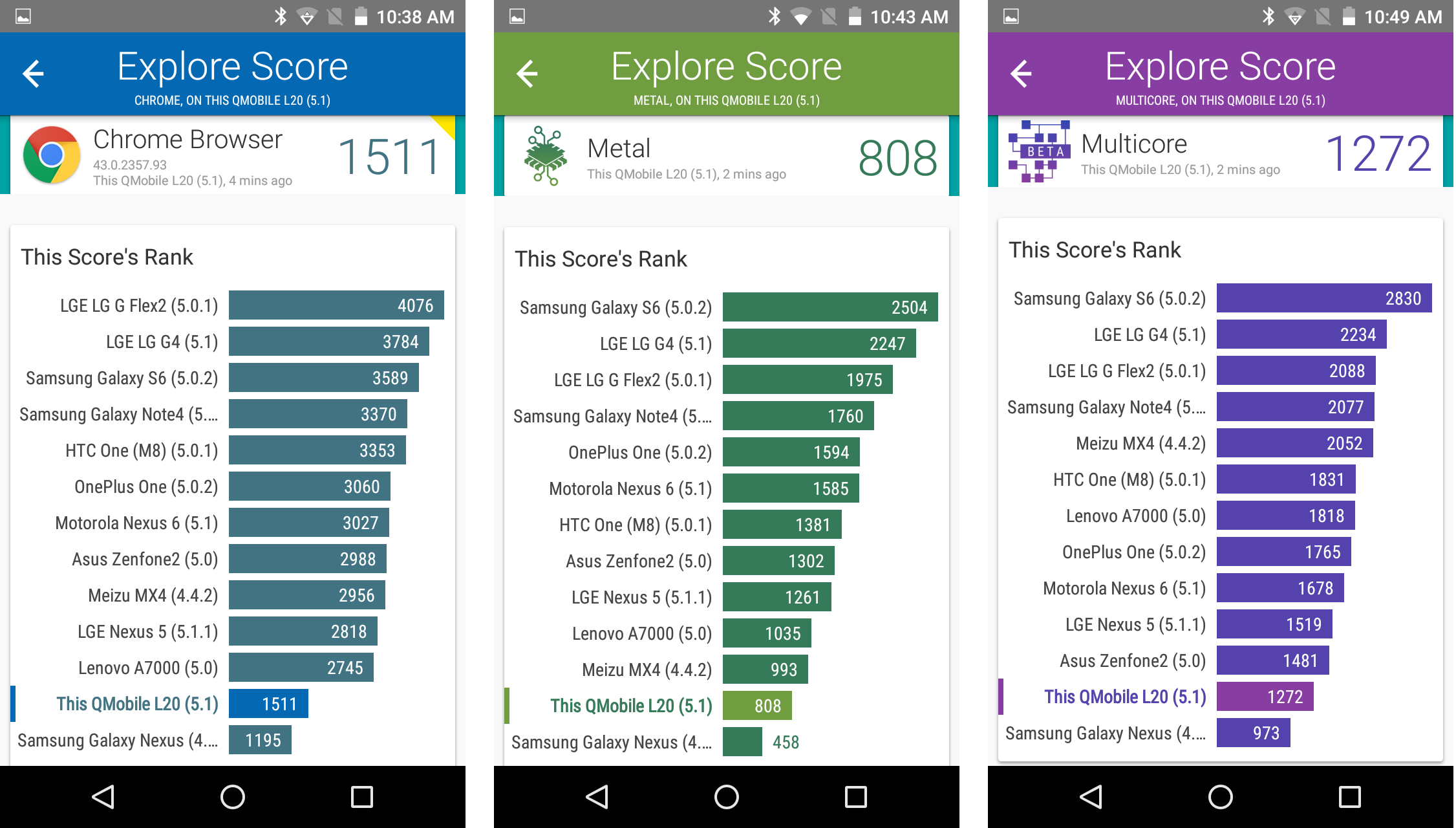 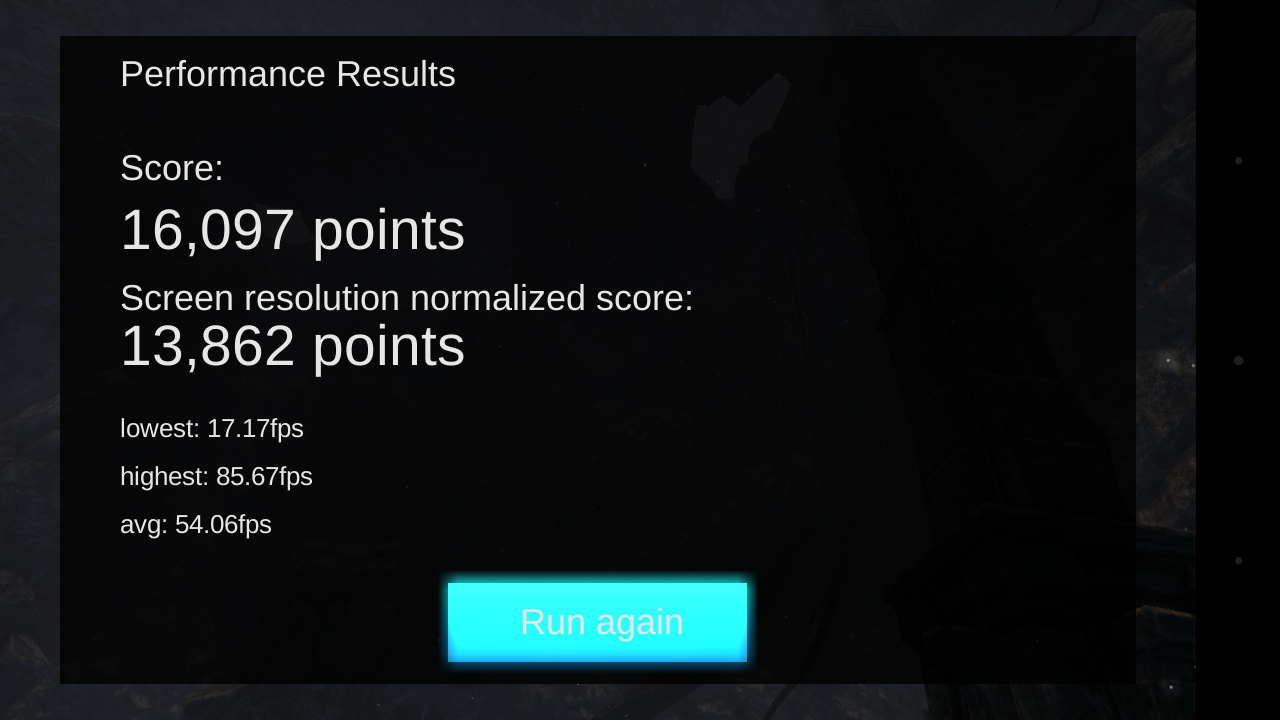 QMobile LINQ L20 has overall good performance and best for those who want a good phone because this device has all the capabilities that a smart phone should have. If anyone want a good camera, friendly interface, fast processing speed then LINQ L20 should be their one choice. This multi touch device will give you reliability in all the ways so go ahead to get your QMobile LINQ L20.