QMobile has announced its another model “QMobile LT100” with mid-range features. This model is capable of 4G services in a very affordable price range and the price of QMobile LT100 is PKR.6150/-. Let’s have a look at QMobile LT100 Review, Price, Specs.

It is a 4 inches’device with 800 x 400 supportive resolutions while the system has 1.3GHz quad-core processor with 8GB ROM and 1GB RAM. QMobile LT100 has 5MP back camera and the 2MP front camera furthermore device is packed with 1600 mAh removable battery. Telenor is also giving us 4G data bundle of 3 months on QMobile LT100. 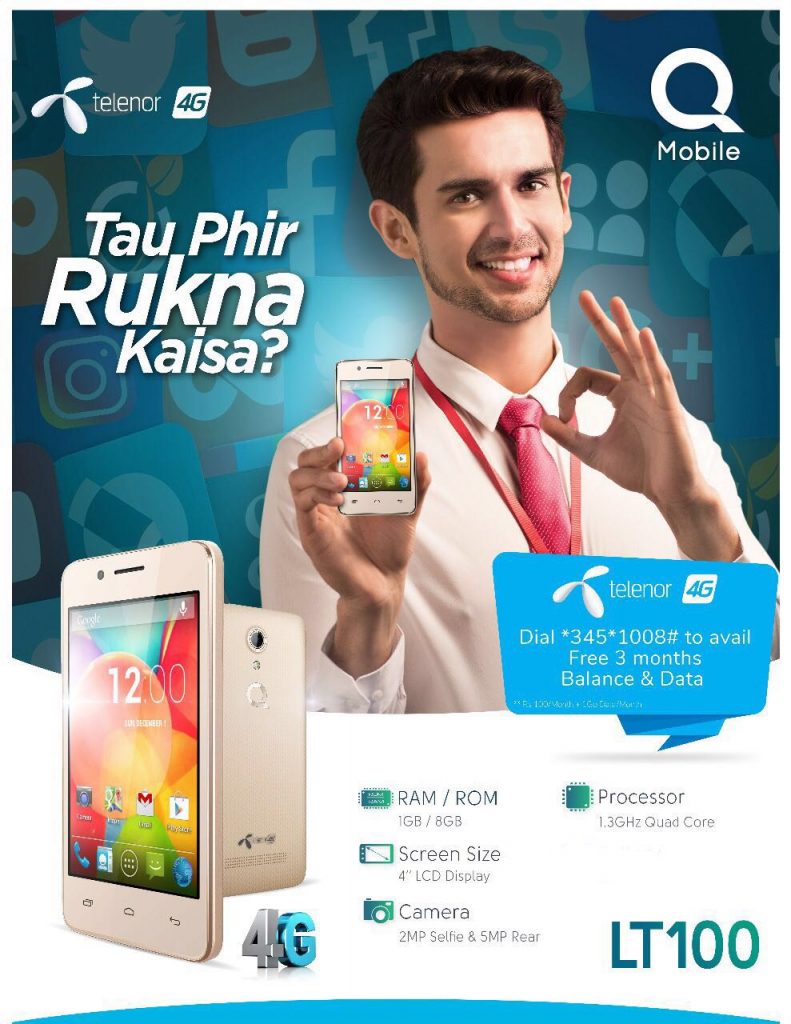 Price and Specifications of QMobile LT100: 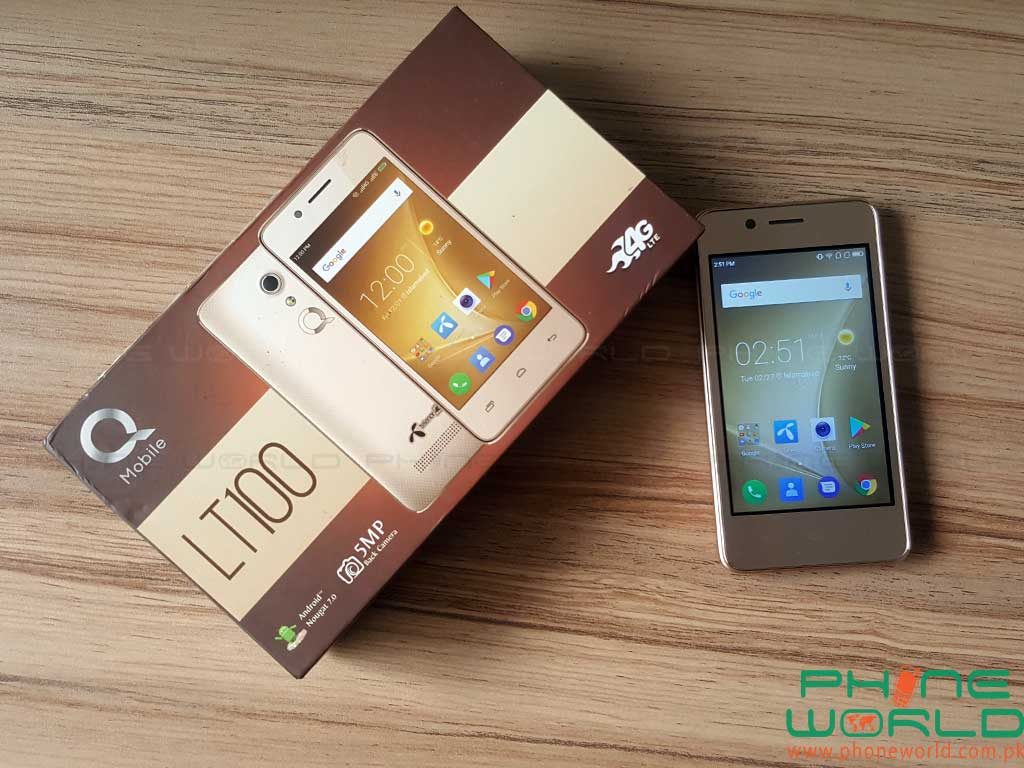 Design and Display of QMobile LT100:

QMobile Lt100 is a 4 inches’ device with the supportive resolutions of 800 x 400 pixels. It shows that it is an entry-level smartphone plus it has just scored 2-points in the multitouch test. If we talk about its design then it is a small phone with the similar looks of QMobile, front camera at its top while functional keys are working outside the screen.

The back body has a patterned display with a 5MP camera lens at its top with an LED flashlight. Rest of the body is full simple whereas QMobile logo is marked on it.

The QMobile Lt100 has 5MP back camera and 2MP front camera. It can record video in 720p quality.  The main modes for back cameras are Manual, Continous Shot, Panorama, Scene, GIF, Frame, Audio Picture and QR Code.

We have tested the image result from back camera, and the results we got are satisfactory. The brightness and temperature are well balanced moreover we have noticed some noise in the images when we zoom in the picture. Let’s have a look at some images taken from the back camera.

The front camera LT300 is 2MP with flashlight Moreover it can record video in 480p quality. The main modes for the front camera are Interval, GIF, Frame, Audio Picture and V gesture.

QMoblie LT100 has 1.3 GHz Quad Core processor with a chipset of spreadtrum SC9832A. It has a processor of 32 bit with 1 GB RAM. Which is satisfactory for entry-level devices.

We have tested QMobile LT100, it has scored 18359 Moreover its multi-touch is below average because it has scored only 2 points in it.

We have conducted the vellamo test in QMobile LT100. Metal has scored 781 and Chrome browser has scored 1102.