QMobile recently added a new edition LT300 to its family. It is an entry-level device with normal specifications, which comes with 4.5 inches screen. Today we will discuss all the features and specifications QMobile LT300 Review. The price of QMobile LT300 is PKR.7250/-.

QMobile LT300 has 8GB ROM and 1GB RAM which is expandable to 32GB with the access of microSD Card. The powerhouse has a battery of 2000 mAh battery.  Camera section packed 5MP back camera lens and 2MP front camera lens. It runs the version of Android 7.0(Nougat) with the processor of 1.3GHz Quad Core. QMobile LT300 gives you 4.5 inches display screen.

QMobile LT300 is packed in a rectangular blue box. The box has all the necessary accessories for mobile such as headphones, charger and USB Cord. you will also find the guidebook which will guide you through all the functions of the phone accordingly.

Price and Specifications of QMobile LT300:

QMobile LT300 comes with a supportive resolution of 480 x 854 pixels and density for the screen is 240 dpi for visibility of icon and texts. It supports a graphics card of Mali-400 MP, which is considered very average. One thing which we have seen in QMobile LT300 is its multi-touch, that is below average because it has scored only 2-points in it.

The front body of QMobile LT300 has 4.5 inches screen with a front camera, flashlight and earpiece at the top side and three working function keys on the downside. The device has bezel layer outside the screen. 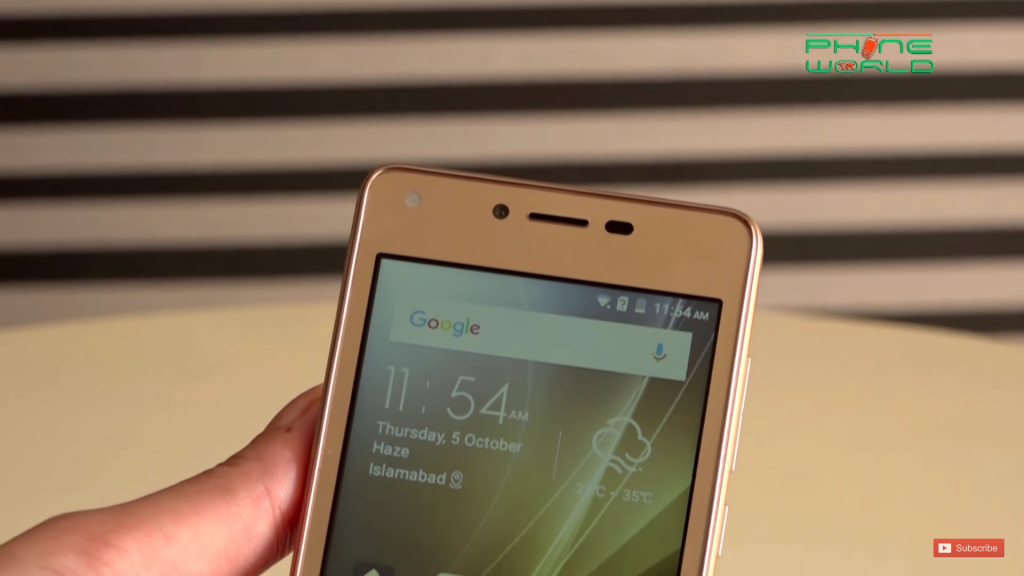 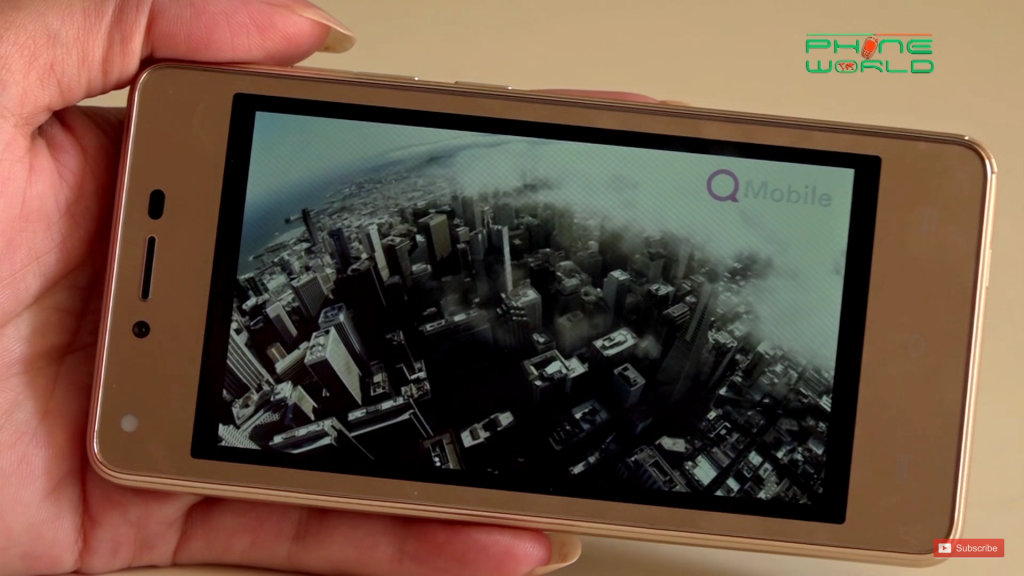 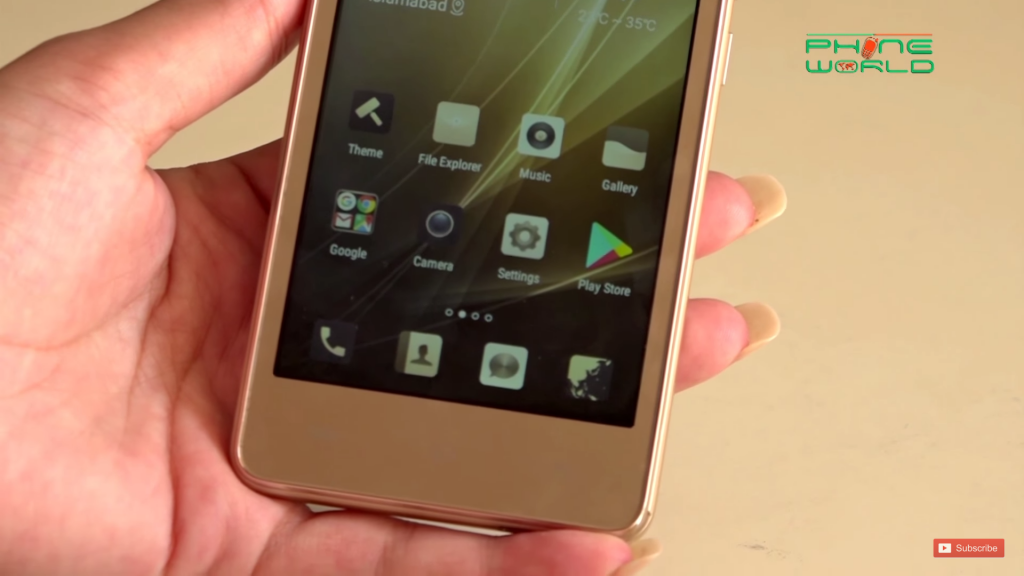 Top edge has an audio jacket of 3.5 mm. There are volume keys and power button on the right edge while the left side of the edge has nothing moreover the bottom edge has USB port of v2.0. 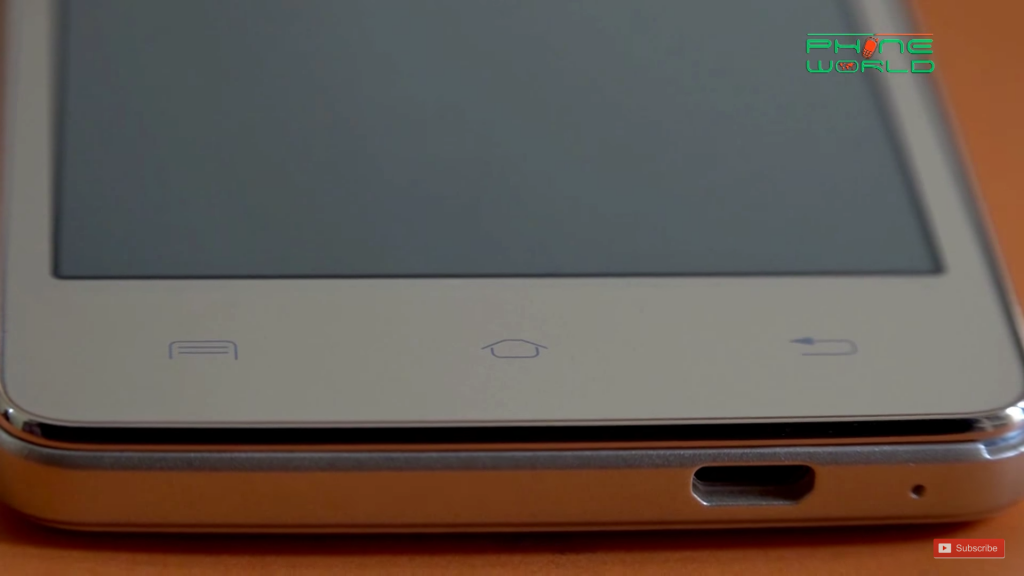 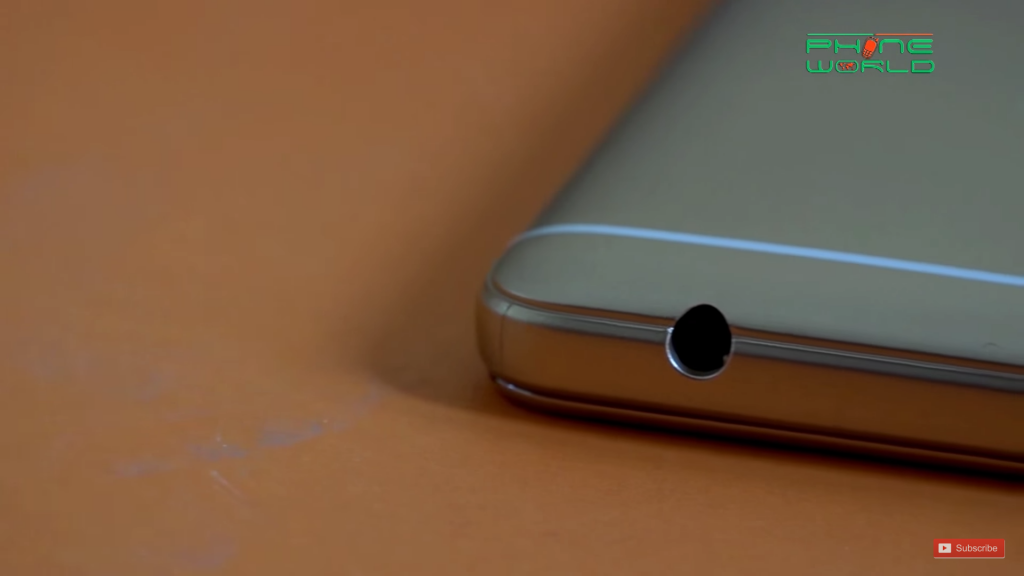 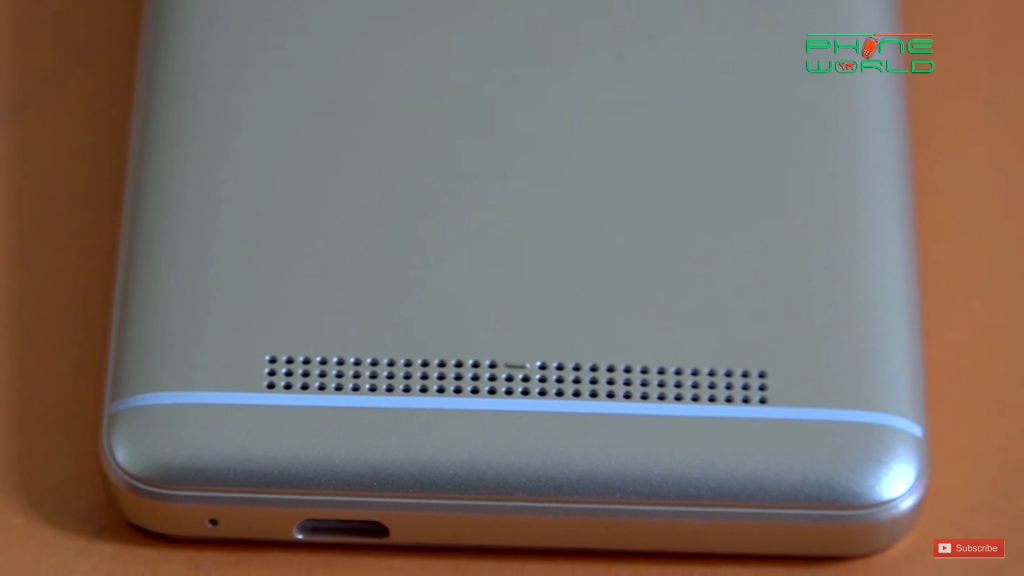 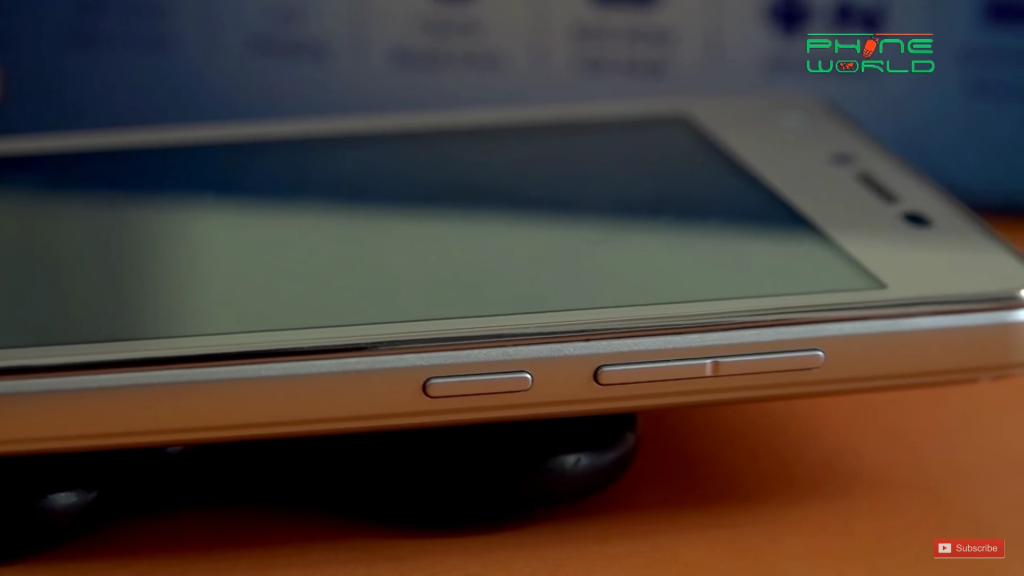 Back body of QMobile LT300 is simple with 5MP of lens camera and LED flashlight. Logo of QMobile is marked at the back body moreover speaker grill is present at the downside. 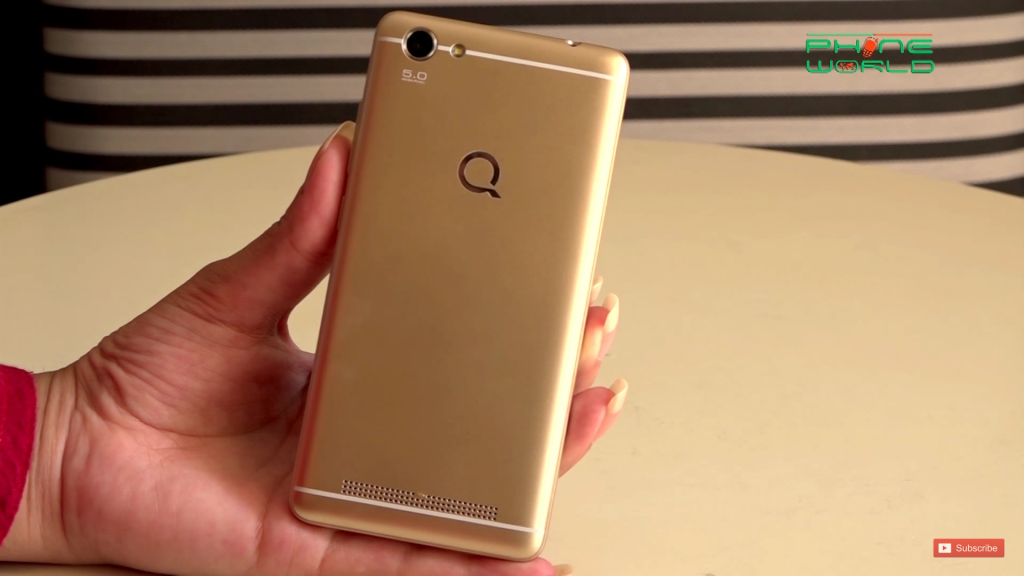 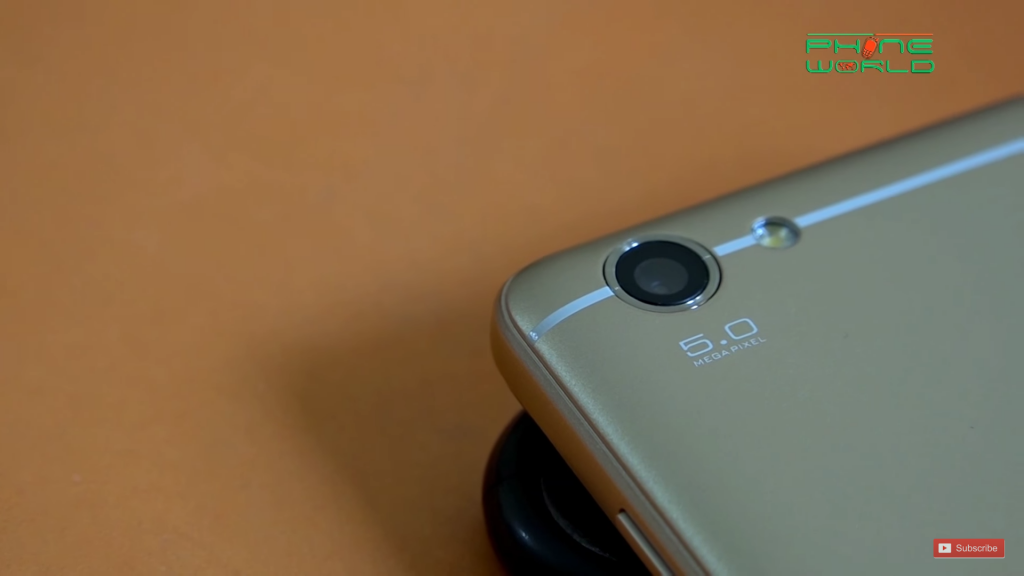 QMobile LT300 has 8 GB ROM and 1 GB RAM, which shows that memory is very low. 8 GB memory is very low for videos and applications, it should have at least memory of 16 GB. But the issue of low memory can be fixed by expanding the memory up to 32GB with the access of memory card.

1GB RAM is very low on any smartphone but QMoblie LT300 is entry level smartphone, so we cannot expect any big feature in it. We have tested this device and it has worked fine.

QMobile LT300 carries a Li-ion battery of 2000 mAh that will give four to five standby hours of usage. The battery is removable and placed inside the removable back cover. 0.15 Amp of the charger will charge the battery completely in two hours. As we know this mobile has the quad-core processor so it will provide us satisfactory performance.

In application manager, we have application search bar to find the desired application. You will find some bloatware applications in QMobile LT300 such as backup and restore, Notes, Qapp store, QMobile care etc. Facebook, Skype, Uber, and WhatsApp are already installed for your convenience.

QMoblie LT300 has 1.3 GHz Quad Core processor with a chipset of spreadtrum SC9832A. It has a processor of 32 bit with 1 GB RAM. Which is satisfactory for entry-level devices.

Back Camera of QMobile LT300:

QMobile LT300 has 5MP back camera with LED flashlight. It can record video in 720p quality.  The main modes for back cameras are Manual, Continous Shot, Panorama, Scene, GIF, Frame, Audio Picture and QR Code.

We have tested the image result from back camera, and the results we got are satisfactory. The brightness and temperature are well balanced moreover we have noticed some noise in the images when we zoom in the picture. Let’s have a look at some images taken from the back camera.

The front camera LT300 is 2MP with flashlight Moreover it can record video in 480p quality. The main modes for the front camera are Interval, GIF, Frame, Audio Picture and V gesture.

After testing the front camera, we have observed that result of front camera images is satisfactory. Brightness and temperature are well balanced too.  But when we zoom in the picture, we have noticed the noise in the images. Let’s have a look at front camera’s images.

We have tested QMobile LT300, it has scored 22896 Moreover its multi-touch is below average because it has scored only 2 points in it.

We have conducted the vellamo test in QMobile LT300. Multicore has scored 1293, Metal has scored 708 and Chrome browser has scored 1736. which makes QMoblie LT300 satisfactory device.