Taking another step in the advanced field of technology, QMobile have finally jumped in the Android-One community taking the lead inside Pakistani boundary. Android One was a big rumor and was a possibility of being launching in Pakistani market by the end of 2014. Although it didn’t, yet it is QMobile taking a step forward and shaking hand with Google for Android One. As both the hardware and software have been made by Google itself. Google has to take care of the security and maintenance by itself. Amazing thing was the price that was kept as low as USD $105. In Pakistan, the price for QMobile Noir A1 (Android One) has been kept with just Rs: 11,500/=. Android One is a standard by Google. Android One runs close to stock Android. Security is handled by Google and problems are avoided. Early smartphones had issues. The first smartphone with Android One was launched with Media Tech Quad core MT6582 chip set. As we are concerned with “QMobile Noir A1 Review”, you are requested to go for the detailed news about from the rumors till the reality by clicking the link below.

QMobile Android One (Noir A1) is a Dual SIM supported device with 4.5″ FWVGA LCD Display, 1.3GHz Quad-core processor with MT Technology and chip-set MT6582. The cameras are though low powered with the Rear one at 5MP and front camera with 2MP power discussed in detail below. QMobile Noir A1 has 1GB RAM and 8GB ROM that keeps the smartphone fluent and sharp. Google believes that the smartphones with OS Android 5.1 Lollipop are up to 4 times faster than than the others with low Android Versions. They also promises that the battery works for up to 90 minutes greater than the preceding ones. Although the battery is still low with capacity of 1700 mAh which has to be enhanced in the coming releases for beautiful results.

The box of Noir A1 contains a casual charger of 1 amp charge capacity, a hands free to be used for media and radio, a USB cable that can be connected with PC for data exchange and can be used with the charger for quick charging. A manual for fast go through the instructions and as this is QMobile so the warranty is granted by DIGICOM.

Experiencing the external Interface of QMobile Noir A1:

QMobile Noir A1 has a normal look with almost 7.5mm breadth with 113mm(4.45 inches) screen size 133mm as its height and 67mm as its width. the device is completely covered by its plastic back cover that has a fair neat look with an Android One logo in the lower third of the body above the speaker and QMobile’s logo on the upper third of the back cover. The front portion consists of a smooth polished ring on the boundaries with polished black color.

With almost 4 and a half inch screen size, the QMobile Noir A1 has a nice easy grip in hands and you can easily touch any portion of the screen with your thumb without any further effort.

Experiencing the Internal Interface for Android One/ QMobile Noir A1 Review:

The snapshots below shows the interfaces of Android One which is a complete change in the general interface of QMobile’s customized Android OS at once by stepping in the Android One community.

These are important and largely used-to interfaces that are sited the most.

The battery along with its performance have been shown in a crystal clear way in the snapshots below. As QMobile Android One is released with Android OS 5.1 Lollipop, the battery feature has been the best in this OS.

Camera and its performance for Noir Android one(QMobile Noir A1):

Camera is another thing in the customer’s choices. QMobile Noir A1 has 5MP Rear Camera with dimensions up to (2560×1920) pixels and up to 2.2 MB space. People searching for a mid-range smartphone with a Qaud-core processor, 1GB RAM & 8GB ROM may like QMobile Noir A1 but may leave this device for its 5MP Camera which is though not bad, yet they won’t make compromises the other ways. One thing to mention here is that the camera is mentioned to be 5MP, yet the picture quality matches with that of 8MP been used in prior QMobile smartphones. Because it is managed by Android One and they have reliability as well as quality. So what so ever is mentioned, is indeed reality.

Image taken with the 5MP Rear Camera of Noir A1

The image below has been taken with its 5MP Rear Camera with 2.2MB size and (2560*1920) pixels as their dimensions. The 5MP Camera is also supported by a small LED light. 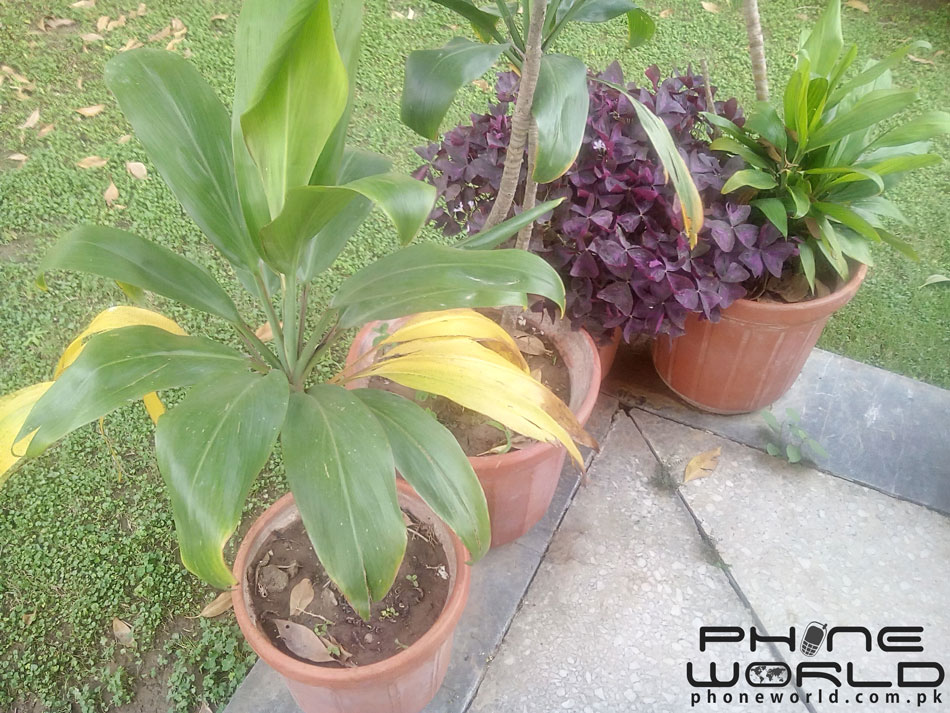 Image taken with 2MP Front Camera of QMobile Noir A1

The proceeding image has been taken with the front Camera that has 2MP Power with (1600*1200) pixels resolutions and with 1.29MB as its size. 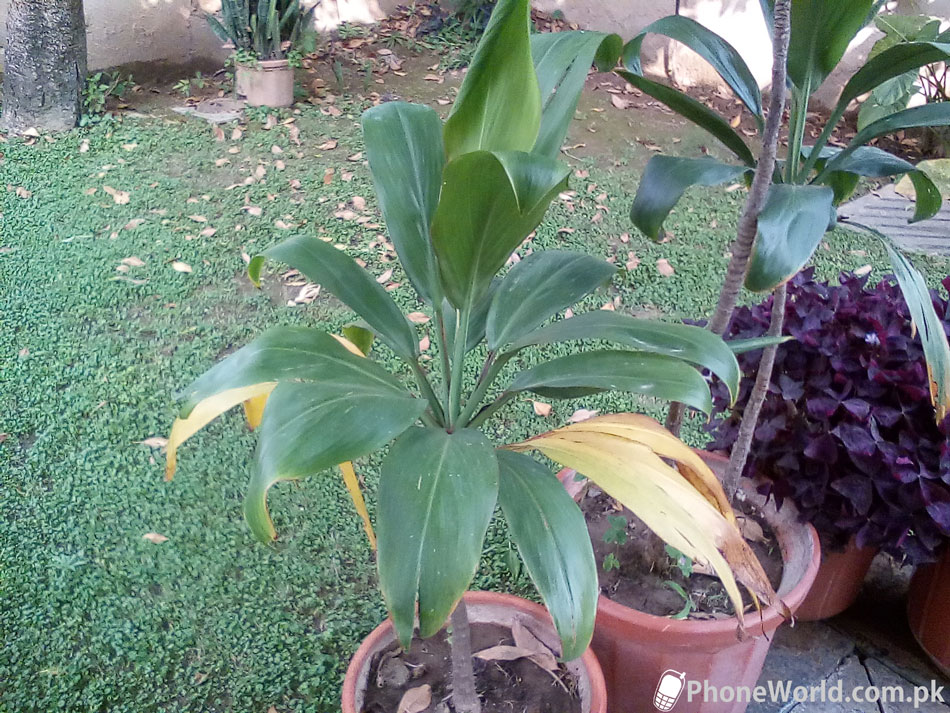 Both the above camera images have been taken with its rear and front camera. (The sizes have been shrunk though for web site stability). You can see the quality and colors in a perfect daylight.

The actual fun is, when you test a smartphone with multiple bench-marking applications. To check the real worth of a smartphone, it has to be put in the race for the best. As QMobile Noir A1 is a mid range smartphone with normal specs. To figure out the performance, we have to check it against bench-marking apps like Antutu, Vellamo, GPU Benchmark tool and others in our QMobile Noir A1 Review.

CPU-Z is a free application in the Android App Store that shows the CPU status, the System status, Battery, Thermal, Sensors etc.

Processor is of Media Tek MT6582 with 1.3GHz with GPU Mali-400 MP. The screen size is 4.08 inches. The battery capacity is 1700 mAh with Li-ion technology. Ten sensors have been used in the device so far which are more than most of the devices.

Vellamo is a Qualcomm’s un-biased application that shows the performance of Single core, multi-core and browser’s performance in a single go. Each module is given its obtained score and the obtained score is then uploaded to the server for bench-marking them with some standard smartphones worldwide and shows you the results pictorially.

Comparing the efficiency of QMobile Noir A1 with HTC One, Asus Nexus 7 and Samsung Galaxy 3:

GPU Bench mark is an application that checks the performance of Graphical Processing Unit and shows both the overall score along with the screen resolution normalized score, as shown in the snap below. Over 14 thousands score is better that proves that the installed GPU inside QMobile Android One is working fine and better. The screen resolution normalized score is though low, yet QMobile Noir A1 has a better position throughout.

Checking our QMobile Noir A1 with six different games for its graphics and performance. The results were good, smooth and efficient with no breaking.

Wings on fire is a game with better controls and the screen covers a large area in its resolution. The better shapes and better graphics are been handled easily with QMobile Noir A1. 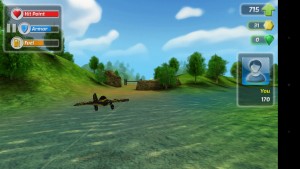 Contract Killer Sniper is an Android based game that has almost similar graphics as that of Project IGI. The better graphics with good designed 3D graphics are easily controlled with its better throughput over the screen. 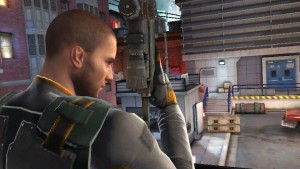 The image below is taken from fast racing game which is comparatively less specs requiring game, yet the graphics are shown with their true colors. The OS also is best controlled by the sensors provided to handle the handling and steering with the gravitational sensor. 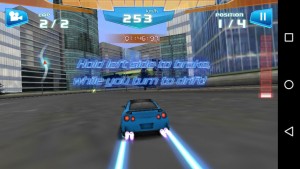 This game has normal graphics with best physical techniques encoded in its manufacture. QMobile Noir A1 has a multi-touch feature which can fetch up to 10 consecutive instructions at a specific time using its multi-touch screen(as discussed in our Antutu section). 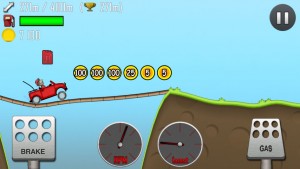 Sonic Dash & Subway Surfers are two games with nearly similar patent embedded. The game needs effective approach with quick decision to move the guy over the screen with rapidity. QMobile Noir A1 has a quick approach for this as well.

QMobile Noir A1 Review shows that QMobile A1 is a 3G enabled smartphone which has the most prominent feature in the name of Android One which is a self controlled body that tackles security issues along with self updating technique that needs not to be handled from the users point of view. As this is the first device in Pakistan merged with the Android One community which is a standard by Google. QMobile Noir A1 has to take first control of the national market with “FIRST COME FIRST SERVE” schema. Android One guarantees the efficiency of the processing speed to be X-times better than before. It also promises for long backup of the battery, still the capacity of battery is 1700 mAh which is a bit low.