Qmobile who is already ruling the Pakistan mobile market is planning to launch some more exiting smartphones in a market with the name Qmobile Noir A11-Note. Although still it’s a rumors and Qmobile not yet claimed these smartphones officially. But some pictures found through their website server which confirmed that these smartphones will be officially available very soon. 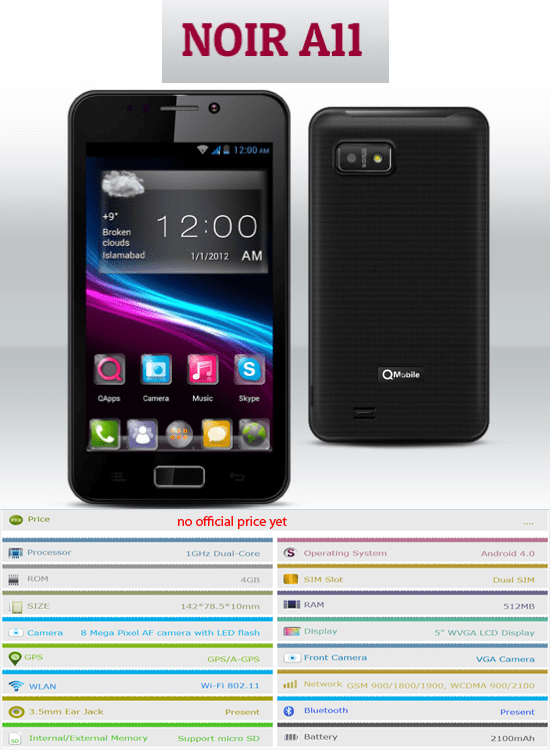 As shown in above picture Noir A11-Note has almost same features as Noir A10, the difference is camera and battery. Noir 10 is with 8 megapixel camera whereas Noir 11-Note is with 5 megapixel camera. In terms of a battery A-11 Note has battery backup with 2100mAh where as A10 has 2000mAh.