QMobile always tries to bring something interesting, affordable, durable and convenient for its honorable user. This time QMobile is going to introduce an efficient, stylish smartphone the QMobile Noir i7i at affordable price of PRs: 8,650 in Pakistan. It’s a successor of Qmobile Noir i6i which was successfully launched a couple of months ago and good response from users.so in Qmobile noir i7i review you will have all the details  regarding this smartphone. QMobile Noir i7i is lauched to entertain you with wide 5.0” FWVGA display for movies and games, thanks to energetic 1.3 Quad Core Processor along with an efficient 1 GB RAM. If you are worry about internal storage QMobile noir i7i provides enough space of 8 GB to store extra data for long terms, thanks to MicroSD slot that additional support of 32GB. Featuring 5 MP camera with LED flash and VGA front camera for capturing the moments. We will discuss each and every parts in detail once we covered the grounds. The smartphone is bundled with 2500 mAh battery will surely let you use the services for long time. Further it comes in three different color i.e. Black, white, and platinum. At last but least this classical smartphone runs Android 5.1 Lollipop that manages all the hardware smartly.

QMobile Noir i7i comes in alluring blue color box along with all essential accessories , the box carries smart charger of 1.0A , causal hands-free furnished with fabrics, and quality data transfer cable that also uses for charging, however there is no screen protector inside the box to protect the screen from scratches. 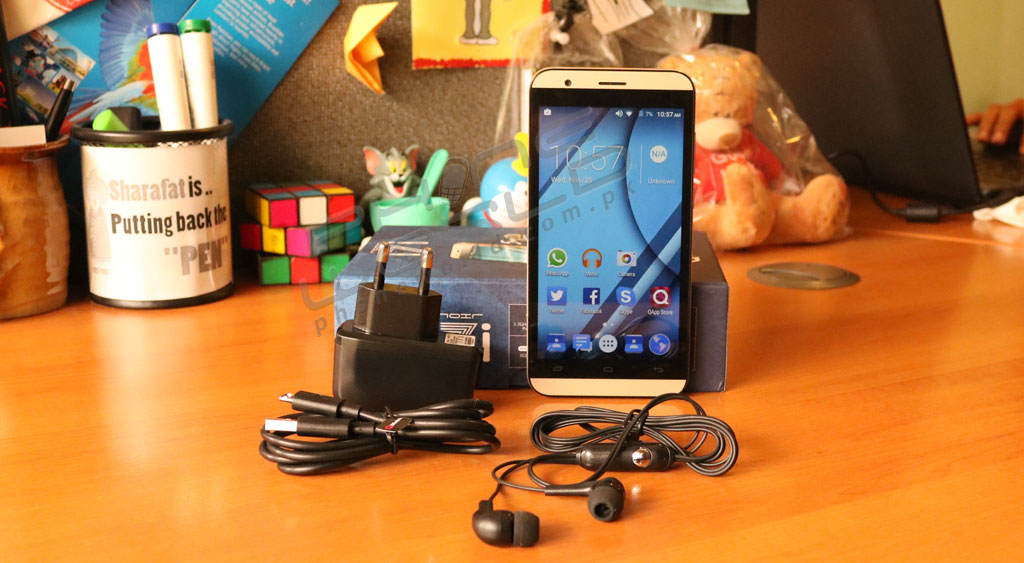 Price and specification of QMobile Noir i7i in Pakistan:

In this section, we will discuss some pros and cons of Qmobile noir i7i that is purely based on conducted tests in Lab.

it comes with classic look and attractive design, the shiny black bezel around the screen in combination with platinum color adds more charm to design. The dimensions are (144 x 71 x 9) mm with 9 mm thickness and 158 grams of weight which is a bit hard to carry in hands. However the screen to body ratio is 67%. The Qmobile noir i7i has launched with three different colors of black, white, platinum. 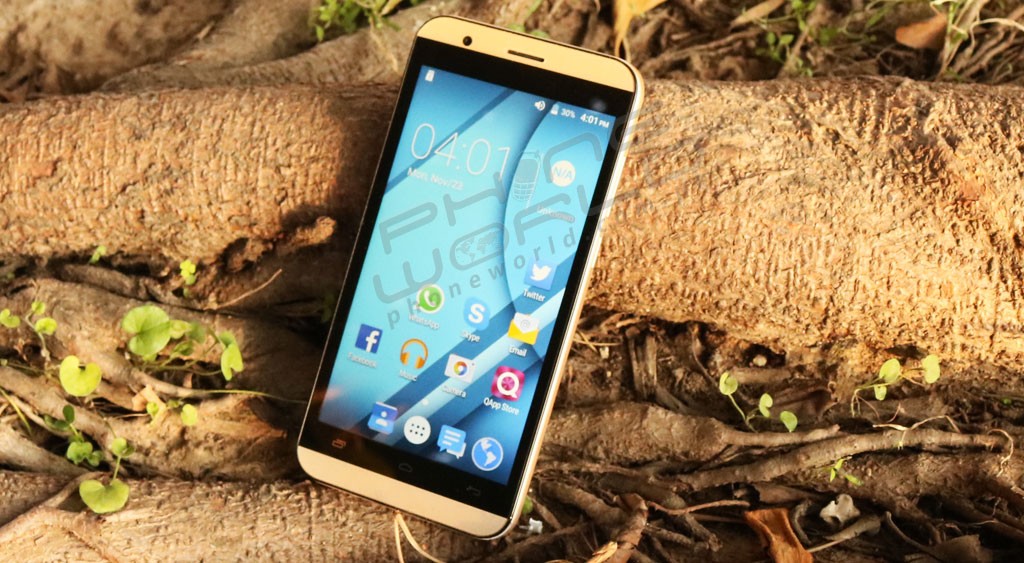 Qmobile noir i7i has employed with 1.3 GHz Quad core processor of spreadtrum having 32-bit structure. The frequency of processor fluctuates between 786 at below and 1300 MHz at high node. Quad core processor along with 1 GB RAM is quite affordable at PRs: 8,650 price in Pakistan. Thanks to Mali-400 MP GPU to accelerate the graphics and play 2D and 3D video smoothly.

The stability chart show it normal stability between 60 to 49 degrees while temperature chart has straight line which shows there is no sensor to measure the temperature.

Qmobile noir i7i review include a full detail about memory that smartphone is equipped with. QMobile Noir has launched with 1 GB of RAM on board that is something interesting for an entry level smartphone with 1 GB RAM, it’s easy for Qmobile noir i7i to run few apps like Facebook, WhatsApp and twitter smoothly. Thanks to 8GB of internal memory that can store enough data while it can further extend up 32GB with MicroSD card.

QMobile noir i7i is equipped with 5 MP rear camera along with LED flash and a VGA camera on front, both cameras are not as good as it supposed to be. QMobile have to work on its camera section especially with i-series. But as far as its camera concern that is fine for an entry level smartphone with reasonable price. 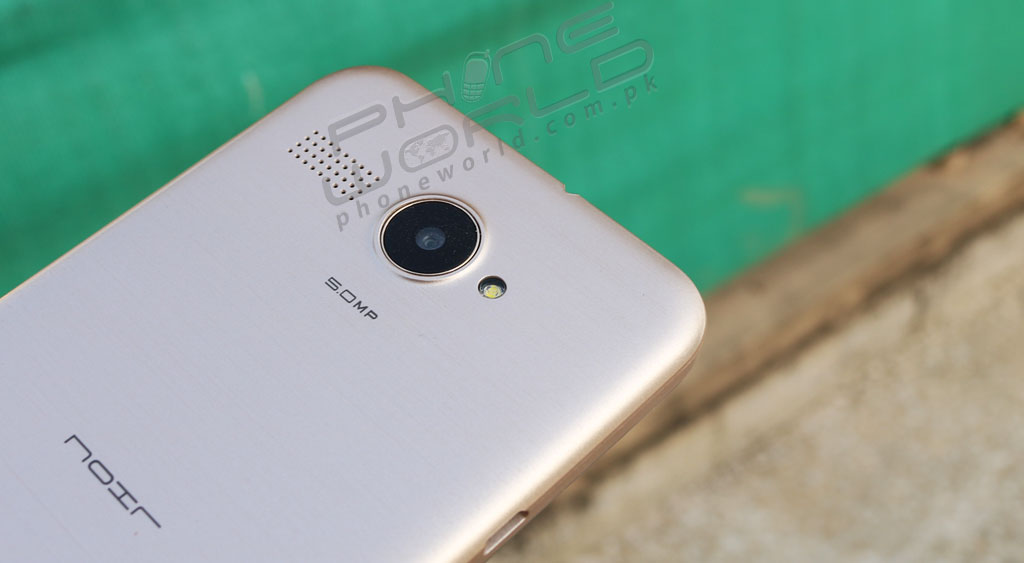 The rear camera of Qmobile Noir has powerful lens of 5MP with resolution of (2592 x 1944) pixels. The camera quality is average yet it is capable of taking quality image and recording HD videos of 1080p. With the help of LED flash you can take images in low light area. The resolution of image can be modified from settings options. If you need a device with average specs and camera at low price range of PRs: 8000 to 9000, then QMobile Noir i7i should be your first choice.

QMobile Noir i7i has got a QVGA camera on the front for selfies, you can take selfies of (720 x 480) pixels and can also make videos of 480p with QMobile Noir i7i. The camera gives you three option for making videos i.e. SD 480p, CIF and QCIF which have comparatively different from each other. The front camera of QMobile Noir i7i has average result and can be good choice for youngster who loved to use smartphone.

QMobile Noir i7i is packed with 2500mAh battery which removable. The standby time of battery is good. Now you can enjoy for with huge long lasting battery of 2500mAh backup capacity. The battery have been intelligently manage by Android OS. You can use the smartphone for day and half on average usage.

Qmobile has delightful design that will attract you with amazing golden color and thick black color bezel around the screen. The smartphone is bit thick and heavy which will feels in hand when you carry it in one hand and try to operate with single hand. The thickness of smartphone is 9mm, while the weight is 158 grams.

Talking about the four side’s smartphone. Well, the power and volume keys are located at right side of smartphone and left side has MicroUSB 2.0 port for charging and as well as for data transfer. The top side of smart is equipped audio however the base is completes with Microphone.

Qmobile Noir i7i is looks stylish, alluring and poses like high end smartphone in hands. The 5 inches wide screen on the front for with decent number of dpi and refresh rate. The screen to body ratio of smartphone is almost 67.25% which is admirable. Three navigation button are placed out the screen and they do not have LED light due to which it makes troubles while using the smartphone at night.

The interface of our QMobile Noir i7i is catchy and user friendly. The interface has beautiful sky blue them in background and icons are attractive and nice. The home screen have some icons of installed app that user can modified. The menu button is centered among apps at bottom that leads you to grid view of all installed apps on smartphone.

While testing the performance of QMobile noir i7i with Antutu benchmark app. it has shown amazing performance with the point of 20520, which is very impressive and beyond the expectations. The test also confirmed that the touch screen support two point multitouch.

Here the result of Vellamo benchmark test. The QMobile Noir i7i got 698 point metal test which is conducted to test the performance of single core of processor, the point shows the smartphone is capable of handling load over single core. In multi core test, it has managed to get 1219 which is acceptable score from quad core processor and shows it has good inter-communication among the cores of processor. The last test has conducted to check the core performance of browser, so our smartphone got 1499 points in browser test.

QMobile Noir i7i has Mali-400 MP GPU from the acceleration of video and image that appear on screen. It manages all type of images and video acceleration and help the processor for representing videos on smartphone screen. So in GPU testing, it 10,879 which a good score from a mid-level smartphone. 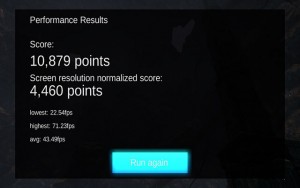 QMobile Noir i7i has 1.3 GHz Quad core processor, 1 GB RAM and 8 GB ROM and this is a good combination. The smartphones with the specs mentioned above are always reliable and have better performance in the mid-range smartphones. QMobile Noir i7i price in is PRs: 8,650 which is affordable because the smartphone with such great specs and latest OS Lollipop is an affordable device at good price.