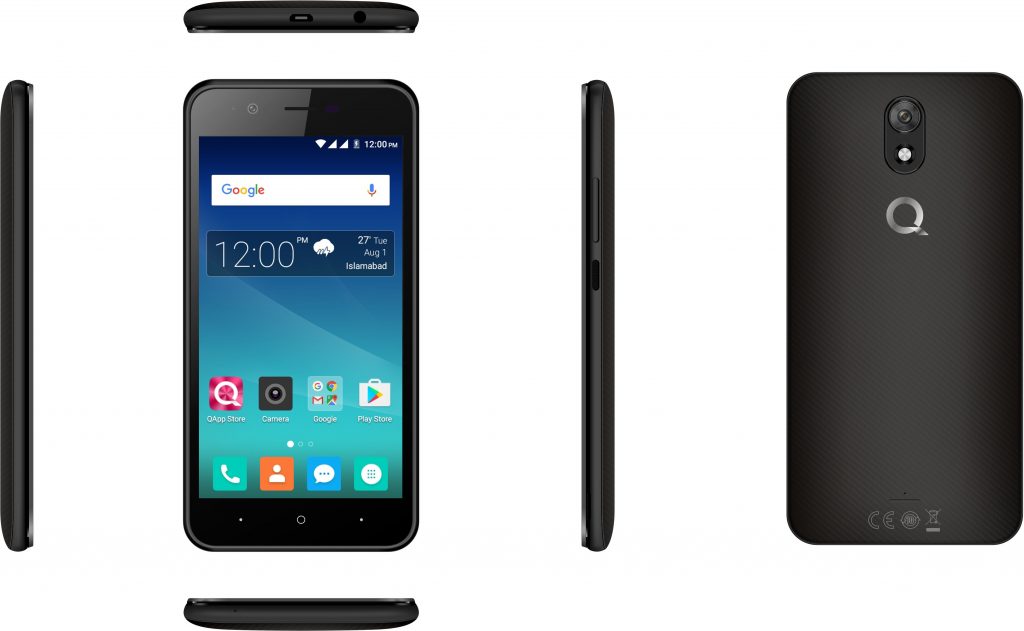 The QMobile Noir J1 has 4G enabled, a device with the screen size of 5.0 inches’ further it has quad-core processor of 1.1GHz. It has 1GB RAM with the fixed internal memory of 8GB. The camera section has 5MP lens for back camera and 5MP for the front camera while the power house has 2500 mAh removable battery. The system runs android version 7.0 Nougat.

The QMobile J2 is 4G enabled device with the quad-core processor of 1.1 GHz while the internal memory is 16GB and RAM is 2GB. The camera section has 8MP back camera lens and 5MP front camera lens. It runs android version 7.0 (Nougat) with the native interface. The power house ha a big battery of 2500 mAh and it is dual SIM supported device.

QMobile is Pakistan’s popular selling smartphone brand. Keeping the care of their customers in mind, they always provide devices with high features and affordable prices. This is one of the reasons that QMobile became No.1 and gained the high status among all the local smartphone companies in Pakistan.