QMobile has launched another smartphone with huge battery back of 4000 mAh named Qmobile Noir M99. QMobile’s marathon series witnessed a good response from customers that urged the company to launch another smartphone with long lasting battery.  In QMobile Noir M99 review, we will try to every aspect of smartphone. Qmobile Noir M99 is a successor of Qmobile Noir M88 with new design and supplied with forward-looking specs. The smartphone is powered latest android Lollipop 5.1 which supports effective multitasking to improve the performance of processor. The powerful 1.3 GHz Quad core processor paired with 2 GB of RAM always there to handle multiple apps concurrently and give smooth experience to user. QMobile Noir m99 is dispatched with 5.0” HD IPS display having 720p resolution which enables you watch HD videos, completes with 8MP AF rear camera with LED flash and 5.0 MP front camera with rich persistence. The smartphone possess 16 GB huge storage expandable up to 32 GB with MicroSD card. 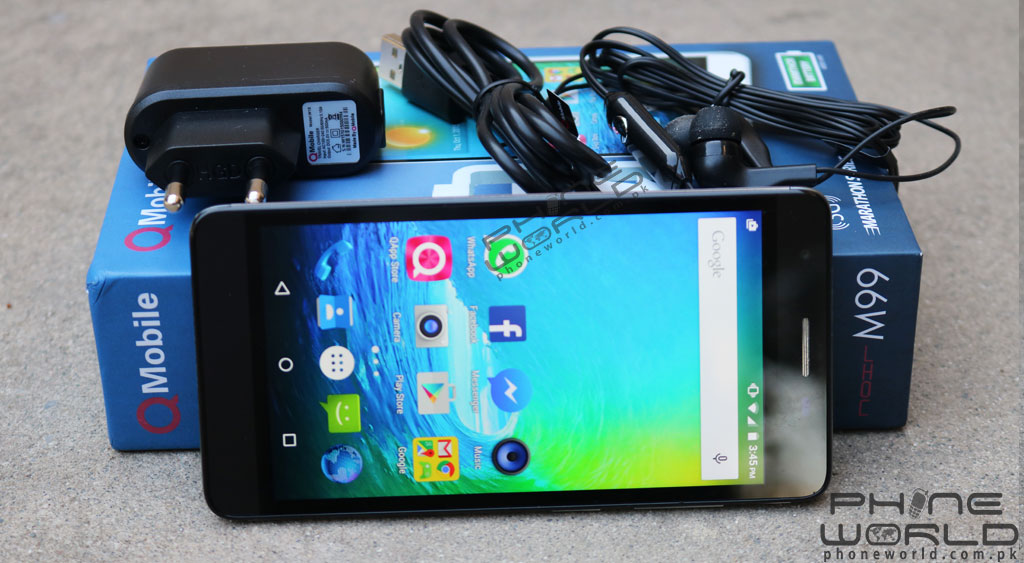 Price and Specifications of QMobile Noir M99 in Pakistan:

we have shared the detail specifications and review of QMobile Noir M99 to give you all the information on one page.

QMobile Noir M99 is designed with beautiful, alluring outlook and patterned back cover increases the charm  of smartphone,  silver color ribbon throughout the sides give good appearance to smartphone and thick bezel around the screen is employed to rescue the screen. 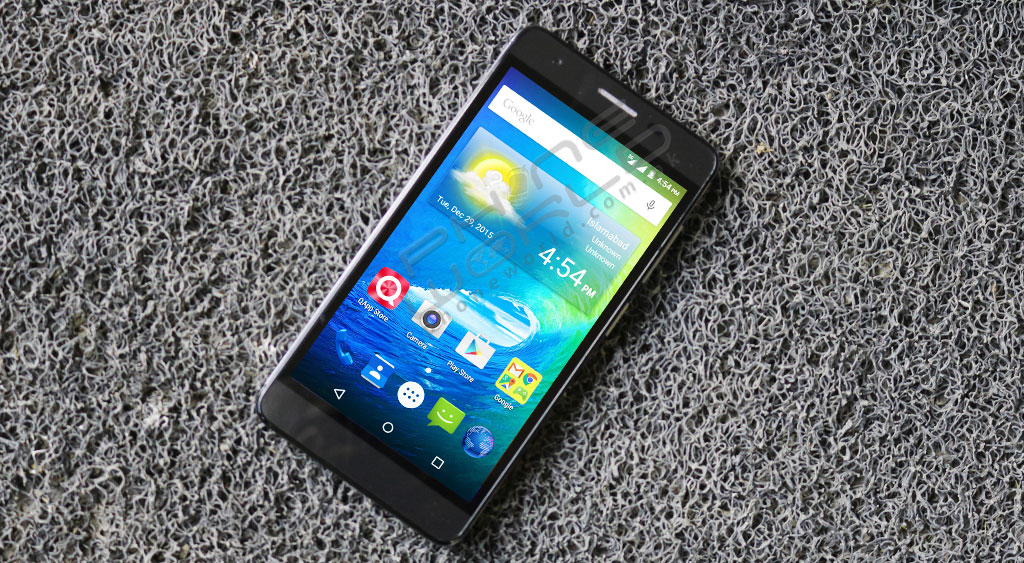 QMobile Noir M99 has shipped with 5.0” HD IPS display, the screen has resolution of (720 x 1280) transparent display boosted with 320 Of dpi makes the display clear and give good view from different angles. The graphics of Qmobile noir m99 is controlled with Mali-400 MP. The screen to body ratio is 66.78 % which is acceptable and puts good impression.

QMobile Noir M99 is powered with mediaTek MT6580, 1.3 GHz Quad core processor. QMobile noir m99 is mid-range smartphone with average specs and hardware, so the processor inside the Qmobile noir m99 is an average performing processor with frequency of 1.3 GHz and varies between 604 ~ 1300 MHz. the processor is capable of handling 3G services like WCDMA, HSPA+. It support s Bluetooth 4.0 and embedded GPS Module. In term of performance, QMobile Noir M99 processor can handle 3, 4 concurrently due to android multitasking strategy.

QMobile Noir M99 comes with 2 GB of RAM and 16 GB of ROM, however the secondary memory can be expended upto 32 GB with microSD card. It is delightful news that the Qmobile is trying to launch more sophisticated and stable smartphones. In term of performance, Qmobile noir m99 is good combination of sufficient 2GB RAM and Quad core processor; which will give flawless experience fast processing.

QMobile Noir M99 is equipped with elegant cameras on both end to facilitate the users with crystal clear result. The back camera with 8.0 MP lens and LED flash is placed at top right corner and front side has 5 MP front camera. 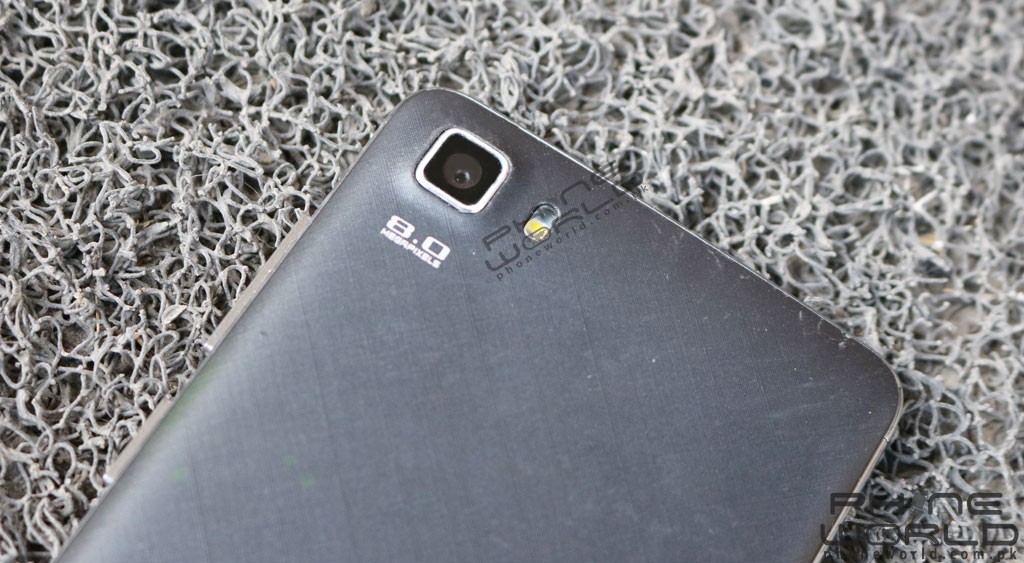 QMobile Noir M99 is carrying 8 MP AF on the back side along with LED flash. The camera has perfect result with 3840 x 2160 resolution, while the image resolution can adjust from setting. QMobile Noir M99 can make 1080p videos.

The camera on front side of QMobile Noir M99 has 5 MP lens which is good notion for selfie lover at affordable price, The actual resolution of front camera is (3072 x 1728) pixels. The front camera has good result with reduced image noise.

QMobile Noir M99 is 3G enabled, which support HSPA network technology and give you sufficient speed to surf over the internet.  Following are the frequency bands for QMobile Noir S1 Review.

Qmobile noir m99 looks steadily, admiral able and attractive in hands, with the dimensions of 143 x 72 x 9 mm it can easily adjust in palms and easily operate with single hand. The screen to body ration is fine which makes the mobile compact and serviceable although it’s a little chunky weighs 160 grams. Even though the display is not protected with Gorilla Glass, the Glass material that cover the touch screen it scratch proof to some extent. QMobile noir m99 has patterned back cover.

the internal interface has typical android interface, the home screen has mostly used apps and google search bar, as usual the the notification section show the coming notification from different apps which used internet in backgrounds, the menu button leads you to grid view activity which have all the installed apps, the interface is user friendly and responsive touch work very fast and timely.

In vellamo benchmarking, there are three which check the performance of smartphones’ processor and browsers. QMobile noir m99 showed its stability and performance which is impressive. In multi core test, Qmobile noir m99 got 1200 points which is great score for mid-level smartphone. while checking the performance of single core, it secured 811 point and said to be good. However in browser testing it scored 1658 points that means it is capable of performing all the necessary operation that a user expects from browser.

QMobile Noir m99 sports Mali-400 MP GPU that manages all the graphic matters of smartphone, it accelerates the 3D, 2D images and videos make them to appear on screen. We have checked the performance of GPU with GPU bench marking app, QMobile Noir M99 shown average performance and be able to scored 9,550 in total, whereas in screen resolution test it got 8,224 point and plays maximum 72 frame per seconds. 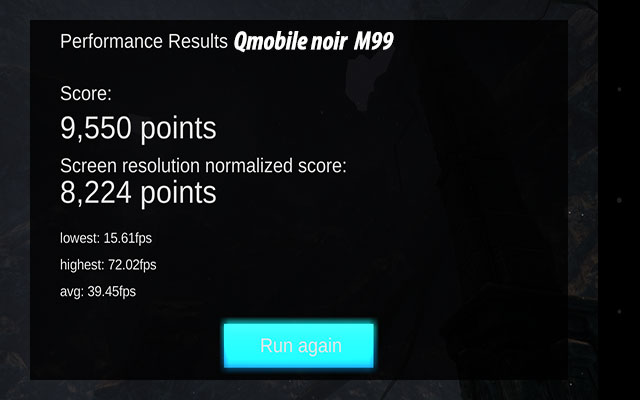 QMobile Noir M99 has 1.3 GHz Quad core processor, 2 GB RAM and 16 GB ROM and this is a good combination, while the camera section of QMobile Noir M99 is delightful. The huge battery backup of 4000 mAh gives you more use of smartphone than charging frequently. The smartphones with the specs mentioned above are always reliable and have better performance in the mid-range smartphones. QMobile Noir M99 price in Pakistan is PRs: 14,699 which is good package with such great specs and latest OS Lollipop.