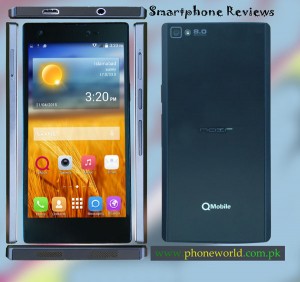 QMobile Noir X700 is another arrival in the noir series with a wonderful display. The device X700 is the first budgeted smartphone with a 1.4GHz Quad-core processor along with a HD display protected by a Corning Gorilla Glass with multi-touch options just with Rs:17,700/=. Device contains 1GB RAM well fitted with its Quad-core processor. 8GB internal memory (ROM) is sufficient enough to keep all its OS along with users data. Its not going to leave you alone with just the installed ROM but it has the efficiency to move the ROM to a huge container with the memory slot for extending memory up to 32 GB. Its bundled with the latest OS version of 4.4 (Kitkat). All these features, technicalities, pros & cons are described under QMobile Noir X700 Review. Even in the day light, the screen is crystal clear and can easily be seen even in full day light with its Corning Gorilla Glass/ display and with its day light sensor that provides best results in low, medium and full light by keeping the screen fit to the situations. 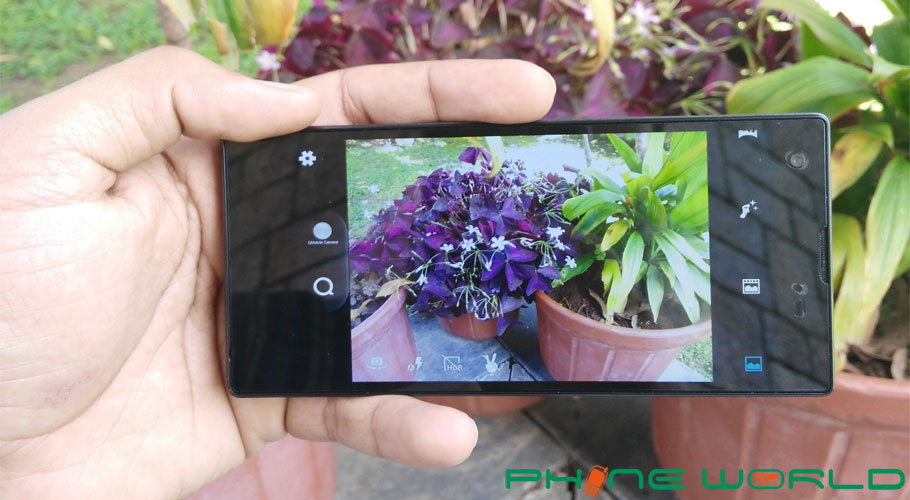 Look at the awesome view of QMobile Noir X700 lying with the ants with ease and perfection. They shouldn’t be disturbed because they are innocent and loyal with their duty 🙂 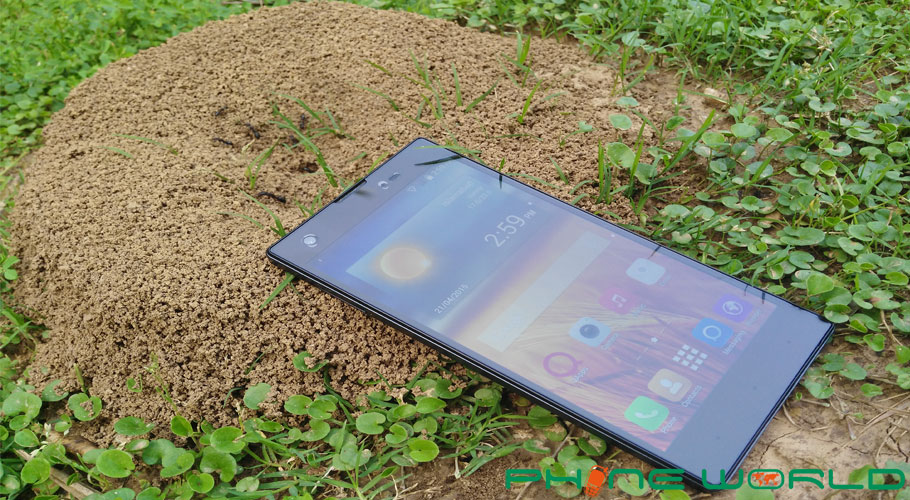 QMobile Noir X700 is indeed a set of choice of many people and is indeed a classic device as We have heard from some of the users. The package consists of charger, USB Cable, earphones and a flip-cover that can hold the device in safe from both ends.

As Noir X700 is a dual SIM and the back cover can not be removed so the SIM jackets are given at the end which can be pulled with a needle or the pen given in the pack. Be very careful about the SIM jackets as they are out of the guarantee list. 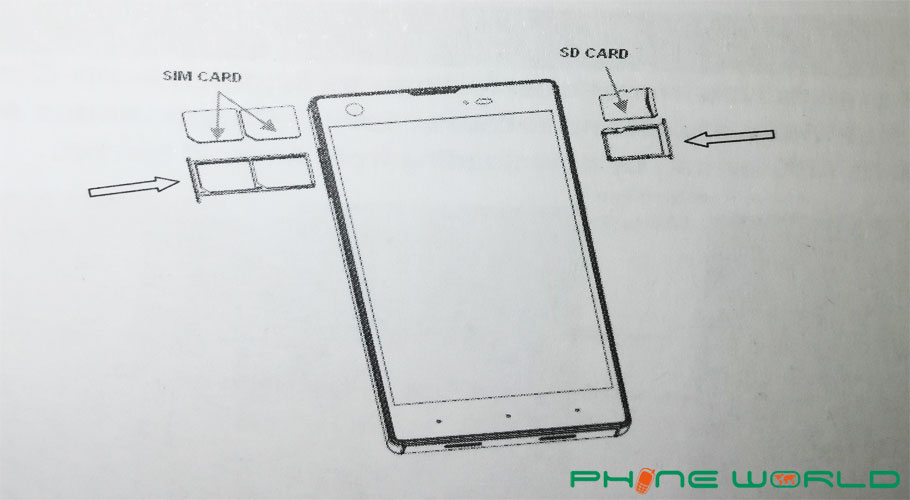 Dear users, don’t be confused with the third image as this is the back glassy material of the device which is indeed purely polished plastic material with perfection. The cut images are the plastic supporting plastic to guard the device from breakage and cracks that can absorb shocks.

Why the display for QMobile Noir X700 Review ?

Why is the display for QMobile Noir X700 is important creates an illusion and the question can only be answered with taking snapshots of the original display of the QMobile Noir X700 while an HD clip is being moving on with (720*1280) resolutions. Consult the following snaps in full zoom mode.

The drop down menu is shown in the first snap with well partitioned space for every individual option. The second and third snap is all about the general interfaces for SMS & Dial pad.

Bench marking means analyzing the internal performance and then checking the obtained marks and comparing the results with that of other smartphones. We have used four bench marking applications to check the performance for QMobile Noir X700 Review.

Checking the device with Antutu gives us with the results we could guess. Scoring over 28 thousands score reveals that the device is stable and fast with its 1.4 GHz Octa-core processor along with its 1 GB RAM and 8GB ROM with the latest technology with best in the input and output results. Consult the results in the snapshots below.

Checking the speed of single-core, multi-core and browser with vellamo, the device is far better ranked than Samsung Galaxy S3 and comes close to LGE Nexus 4 which proves the better features are moving along providing better results on the board.

This is another testing application that checks the device with multiple tests like math, xml, cpu single core, multi core, and others and shows the over all result in a single snapshot as shown in the snapshot below.

The display and GPU will attract the customers in a single glance as we mentioned before that the device is even better with its IPS display and GPU. oooohhhh I am a bad driver 🙂

Keeping in mind all the discussions and all the scores and features, QMobile Noir X700 Review shows that the device is budgeted as well as a classic smartphone as been told by a user. The display has been wonderful with IPS HD screen protected with corning gorilla glass which is actually a step forward by QMobile. Battery is 1920 mAH which is good on one end and that is the OS is latest Kitkat that has its own battery saving technology but insufficient on the other end that 1920 mAH battery for a device with super HD graphics and an Octa-core processor is low for the duration. Overall, we can say that the device is a big hit and will make better place in the market.