QMobile has launched an another smartphone QMobile Noir X95 with elegant design and impressive look. QMobile is a leading smartphone company which launches outstanding smartphones at affordable price in Pakistan market . In QMobile Noir X95 Review, we will try to give accurate price and specifications in Pakistan that will be helpful for you. Well QMobile Noir X95 is designed elegantly with decent look carrying powerful 1.3 GHz Quad Core processor along with wide mesmerizing 5.0” FWVGA screen. Further QMobile Noir X95 is stuffed with 1GB RAM and 8GB ROM expandable upto 32GB. it’s 5MP back camera with LED flash and VGA front camera provide ease to capture your best moments. QMobile Noir X95 is controlled by latest and convenient Android OS 5.0 Lollipop which provide a multitasking environment to run your app simultaneously. it runs with powerful 2000 mAh battery that ensure your wont be down soon. QMobile is available in two decent colors i.e. Black, While you can pick your favorite color. The QMobile Noir X95 is shipped with quality ear phone, charger, and data cable in beautiful box. as shown in below image. QMobile noir X95 price in Pakistan is Rs.8,500 which is affordable price for those whose want to spend less and get more. 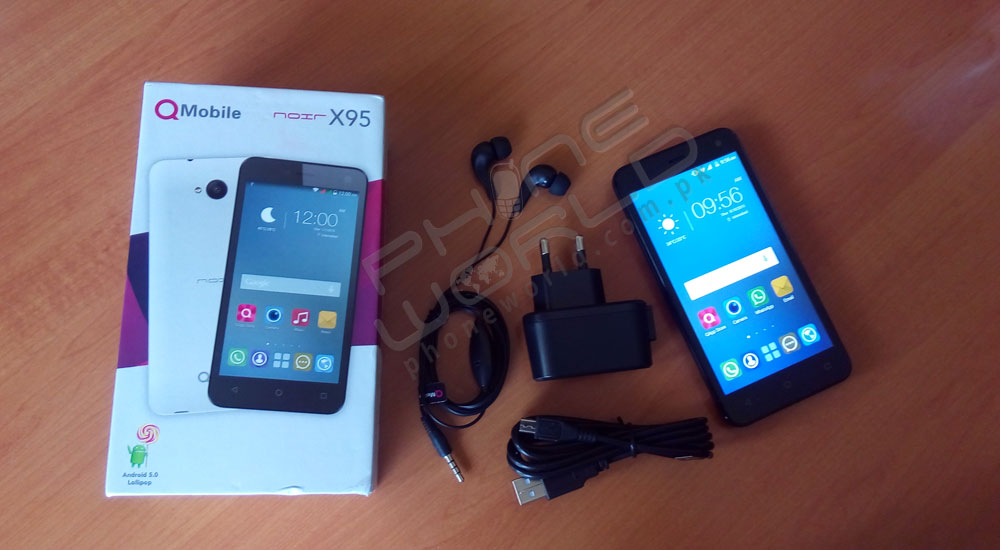 Price and Specification of QMobile Noir X95 in Pakistan:

QMobile Noir X95 is designed elegantly with round edges and Kevlar back cover that enhances the beauty of smartphone. It’s screen dimensions are (14.3 x 7.2 x 0.9)mm makes it more attractive and easy to fit in hands. The hue of QMobile Noir x95 is black with Kevlar back cover. It’s weight is 166 grams, which makes a bit heavy that feel in hands. Overall appearance of smartphone is well decorated and decent. The three navigation touch sensitive button are appeared outside of touch screen.

smarphone is furnished with wide 5″ FWVGA display of (480 x  854) pixels resolution and density of 240 dpi per inch. The screen graphics are controlled by Mali-400 MP. Wide Display  screen support 2 point multi-touch sensitivity. With all these feature there is an issue of viewing angle that should neglectable. 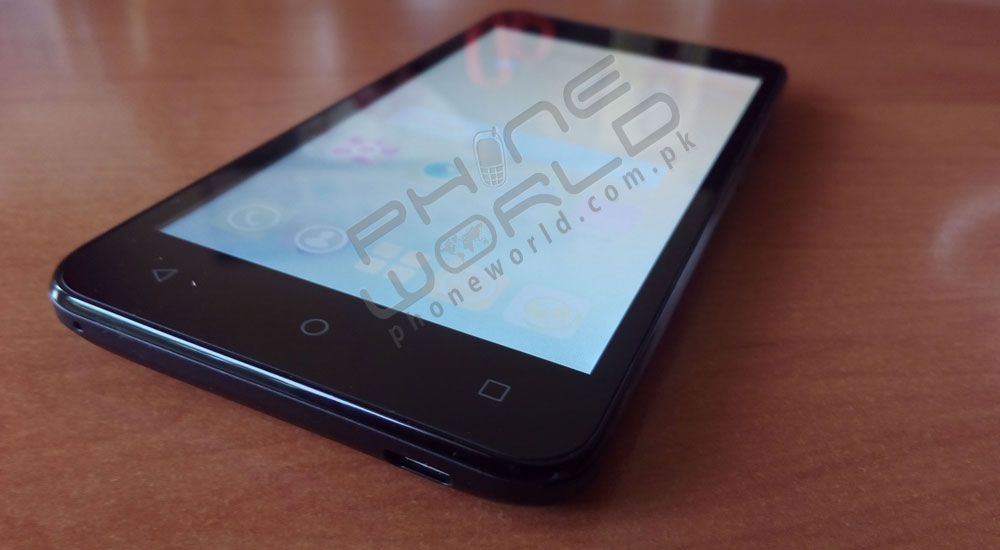 QMobile Noir X95 has powerful 1.3 GHz Quad Core processor of Mediatek  model MT6582 chip-set: which is type of 32 bits. It’s frequency clocks between (598 to 1300) MHz. Stability chart shows the processor is quite stable and temperature is also normal that ensure your smart QMobile Noir X95 is ready to run your favorite apps without heating up phone.

QMobile Noir X95 is stuffed with 1 GB RAM and 8 GB ROM that’s good combination of main memory and secondary memory. In addition the internal memory can be extended up-to 32GB with Micro SD slot. 1GB RAM for an entry level smartphone is a good choice for buyers. Since QMobile Noir X95 has 1.3 GHz Quad Core and 1GB RAM that jointly makes smooth plateform for an App to run easily in no time and ensure user will not have wait for quick response.

Now a days camera is considered to be the most important part of the smart phones because everyone wants to capture his best movement in the lens of camera, so if one wants to capture his/her unforgettable movements  the QMobile Noir X95 is the ultimate choice because it has 5MP front camera along with a sharp led flash and VGA front camera. We have also highlighted the key feature of Qmobile Noir X95 review to give you full knowledge about the smartphone. 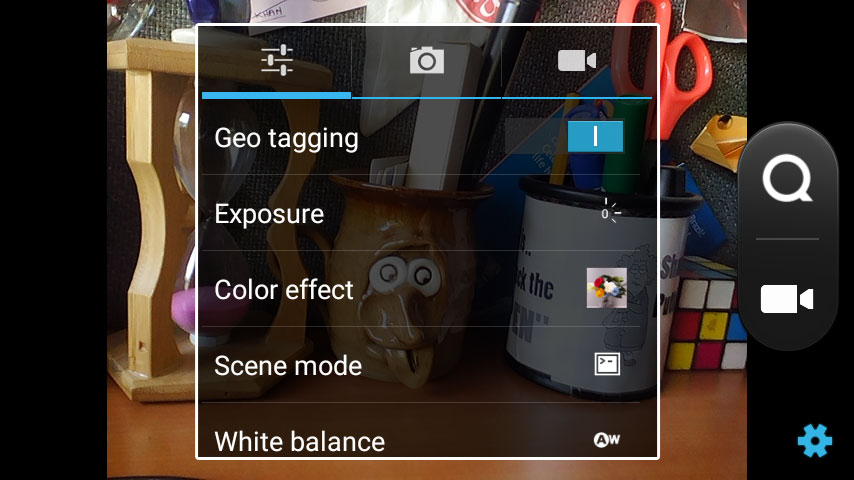 QMobile Noir X95 is stuffed with 5 MP rear camera along with  sharp LED flash that gives good result in even in dark places. Back camera has all essential feature like different picture modes, Geo-tagging, HDR, smile face detection, panorama, face beauty, live photo mode, normal mode, multi-angle view, and lots of more. In fact it also provides the facility to make HD videos with audio and noise reduction feature. we also mention the image of rear camera in Qmobile noir x95 review that will shows the result of camera and helps you to know about the . 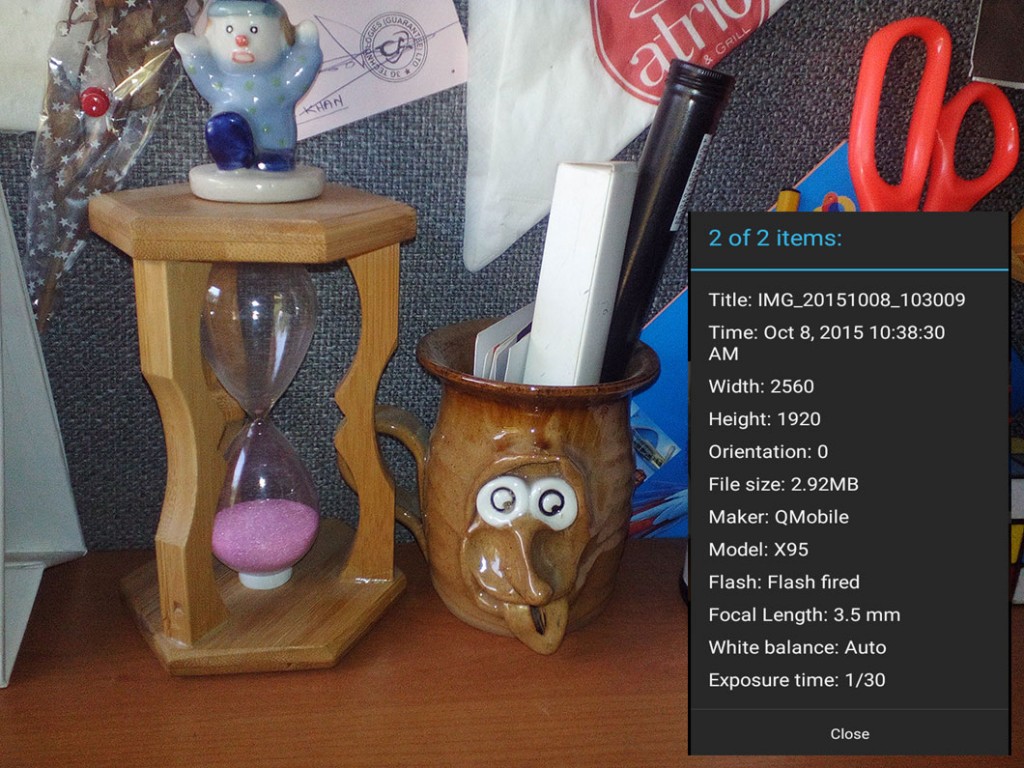 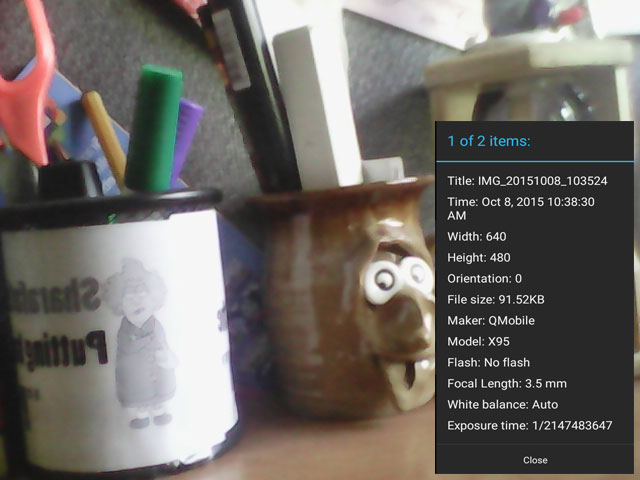 QMobile Noir X95 is geared up with powerful 1300 mAh battery which ensure your fun will last long. the battery works perfectly and doesn’t get down quickly. Now you can run apps, games and watch HD videos for long time as compare to other smartphone.

QMobile Noir x95 is furnished with Kevlar back cover which I personally like. it  has got round edges smooth edges and phone dimensions are (143 x 72 x 9)mm which makes QMobile Noir X95 handy and compact. In snapshot four sides of smartphone are focused, Audio jack is placed on top side, charging and data slot is housed at bottom edge while volume and power buttons have been fitted on right side of.

QMobile Noir X95 looks awesome in hands and makes your personality more graceful with it’s amazing design. For an entry level smartphone it’s a bit difficult to maintain such a charming look. At first glance it looks like an expensive smartphone but indeed its your QMobile noir X95. Smartphone has smart logo of noir at center of back Kevlar back cover. Back camera along with LED flash and powerful speaker is placed on top of back side as you see in snapshot. Its flexible smartphone and easily sits in pockets and in sole of hands.

QMobile Noir X95 has 5″ FWVGA display , controlled by Mali-400 MP graphics driver. it’s screen resolution is (480 x 854)pixels and density of pixel per inch is 240 dpi which is good for an entry level smartphone. The interface screen has 2 point touch capacity. Below are given some snapshots of QMobile Noir X95 interface. First snapshot shows the home screen of smartphone, second has grid menu with all installed apps while messaging interface is also shown in snapshots.

For checking the performance of Qmobile Noir X95 in review, we put the smartphone in test of Antutu bench mark app which checks each part of hardware separately and give them score based on performance of each part. Then this score is compared with other devices’ score which stored in database. Antutu checks the performance of CPU, RAM, I/O, GPU etc.

here are the snapshots of QMobile Noir X95 while testing with Antutu.

Vellamo checks the overall performance of processor congruently and separately each of cores and also checks the browser performance by performing some tests. after testing Vellamo gives score according to performance and also make comparison with other devices stored on database.

In GPU bench mark app checks the performance of  display and it’s graphics driver. It performs various tests like time taken by smartphone to appear 3D image on screen etc. It also checks speed of frames per second at last GPU bench mark app gives result in form of points.

QMobile Noir X95 has rolled out with powerful 1.2 GHz Quad Core proccessor along with 1GB RAM, 8 GB ROM, 5” FWVGA display, 1300 mAh battery,5MP back and VGA front camera and controlled by latest Android version 5.0 Lollipop and with many more interesting features. though it has some lacks but for an entry level smartphone it shouldn’t be considered because it’s available in affordable price. The price of  Qmobile noir X095 in Pakistan is almost Rs.8,500. The smartphone with amazing specification is always a good choice for buyers.