QMobile Noir X950 has a super fast processor with 1.5GHz Octa Core(x8) speed. The processor is of 64-bit type that is based with the latest technology. The Chip-set is MTK MT6752 that runs brilliantly with the device and its hardware. The processor runs with (468.0 MHz as its low) and (1495.0 MHz as its high). Personally the device has been tested with multiple apps and bench-marking tools and the results were the best throughout.

The trend for 1 GB RAM is going to be decreasing in the near future especially for the High-End smartphones, it has become a necessity to be more than 1 GB. QMobile Noir X950 has been launched with 2 GB RAM that is high enough to handle multiple apps and games with speed, efficiency and swiftness. The device can also use up to 512 MB memory in the secondary memory for swapping the garbage and un-necessary files in the secondary storage. Internal storage is 16 GB that can be extended with a micro-SD card in the second port for SIM-2.

The dimensions of the device are (139*68*5.9)mm that guarantees the high-end gadgets packed in the module with perfection. Slim and smooth shape from both sides, the device lays flat over the flat surfaces. The back portion consists of a hard metallic body that moves around the device at the sides, holding it tightly and saving the internals with self shock absorbing ability. The upper and lower portions are made of plastic that starts with the nicely polished finishing of the metallic back cover. The weight of QMobile Noir X950 is 135 grams. 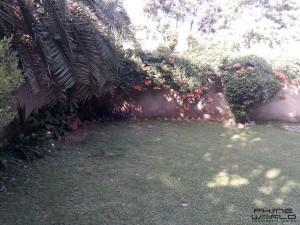 The Front camera is 5 MP with a new patent like introducing a Selfie Flash at the front right. Takes snaps up to (2560*1020) pixels and up to 1 MB depending upon the colors and light of the area. 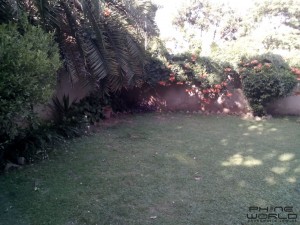 The box is nicely packed with the required accessories. A 1-amp charger along with a USB cable that can be used for charging the smartphone with speed and can also be used for the exchange of data from your PC or Laptop. Better ear phones with two pairs of ear pieces that can be replaced with the old ones. QMobile Noir X950 also contains a flip-cover that consists of a plastic base that grabs the smartphone from the edges and saves it from damage in accidents. The warranty is granted by DIGICOM and you can claim your warranty with satisfaction.

Having a 64-bit Octa-core processor and 2GB RAM and other best gadgets installed inside, the QMobile Noir X950 is capable to handle any data traffic including 2G, 3G, 4G and 4G-LTE.

You can have your stylish smartphone your way. The device looks best with your personality.

As I have mentioned before that QMobile Noir X950 consists of display almost similar to QMobile Noir Z8 and Noir Z8 Plus, which is 5″ Super HD AMOLED with 1280*720 dimensions and smooth round icons with better color combinations. The third and fourth snapshot shows the general and standard interfaces been used by QMobile and nearly all the smartphone manufacturers. The most important advantage of these interfaces is that, user can have a good idea of the smartphone in no time.

The battery and other storage snapshots have been taken to let you know about the performance of battery and the total user storage area and the amount of time left with the battery backup. Although the weight is low and the smartphone seems to be consisting of a battery that would not work for long yet the results are perfect and the device shows greater backup with low charge as well, as shown in the snapshots below.

Bench marking is the key to categorize a smartphone. As QMobile Noir X950 consists of an Octacore processor along with 2-GB RAM and 16-GB ROM. To check for the worth of a device, it has to be bench-marked with standards. Noir X950 has been checked with different bench marking applications and games to figure out the performance of the device in our QMobile Noir X950 Review.

Nearly 40 thousand score takes the device at the higher end. The images below shows the points, the CPU information and the third image shows the comparison of QMobile Noir X950 with other international score. Our QMobile Noir X950 is just below Samsung Galaxy S5, which is a high-end international processor with nearly 42 thousand points with Antutu. Such points haven’t been scored by any of the QMobile smartphones before.

The un-biased application Vellamo shows the status of Single core, multi-core and browser’s performance in a single go. After it gives each module its obtained score, the score is then uploaded to the server for bench-marking with some standard smartphone worldwide and shows you the results graphically. You can expect better results from a smartphone with better specs. The results are shown in the snapshots below.

Comparing our QMobile Noir X950 with some of the international smartphones like LGE LG G3, Samsung Galaxy S5 and Asus Nexus 7, we obtain an overall pictorial presentation of the results. Our QMobile Noir X950 comes to be in the third position in the first snapshot, First in the second snapshot and second in the third snapshot. The overall performance is very good and the obtained score takes the device to the High-end Category. Consult the performance below.

GPU Bench mark is an application that checks the performance of Graphical Processing Unit and shows both the overall score along with the screen resolution normalized score, as shown in the third snap below. The performance of our QMobile Noir X950 came out to be beyond our imaginations. Also the GPU to screen normalization score also came out to be the best. Consult the results below. None of the smartphones have got these much scores before (as I examined the devices up till now).

For games, I will simply say that GAMES IS NOT AN ISSUE FOR QMOBILE NOIR X950. You can play the way you want and you can play the game you want. You won’t face a single scratch or break in the middle of any game.

This game has wonderful graphics and controls that needs better specifications. Results were smooth, fast, swift and efficient. 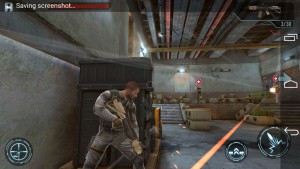 This is a start level game for smartphones. Although it can run with 512 MB RAM as well, yet to get better results, a game has to be played with a smartphone having better specs. 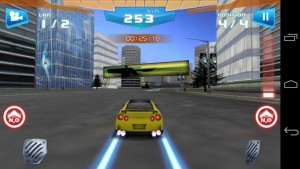 This is also a free game that has attractive and cool graphics. The gravity sensor and others have been checked in this game. The results were brilliant and smooth. 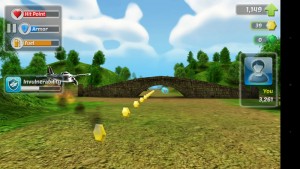 Subway surfers, Nin-jump and Sonic dash are portrait games with cute graphics. These games have downloads in millions. We can check the screen touch and the decision been made after the execution.

QMobile Noir X950 is the first ever High-end smartphone with best specifications. Having 5″ Color IPS TFT Display with (720*1280) pixel resolutions with 320 DPI. The look has been perfect paving a way for the smartphone to go out of the Pakistani boundaries this time. The graphics controller is ARM Mali-T760 which provides us with best results(See the GPU section above). 2-GB RAM and 16-GB ROM has been a trend these days and most of the Mid-end and High-end smartphones are coming in such specs, yet the results for QMobile Noir X950 have been the best throughout. The battery is 2500 mAh Li-ion Polymer with Non-removable feature that goes perfect with the device as been tested in the QMobile Noir X950 Review.

The price of QMobile Noir X950 is  Rs: coming soon/= which has been kept quite low for a device with such best specifications and results.

I personally have used the device(QMobile Noir X950) and I was surprised at many places about this device because nearly all the things have been outstanding which includes, the Speed, the shape, the specs, the back-up and the price.