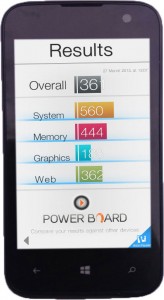 As I disclosed in my previous review that QMobile is gonna take a tussle with every company marketing smartphones and has taken another step in the run for technology with the release of its first ever smartphone with Windows 8.1 as its OS with 512 MB Ram, 4 inch display and with a powerful processor of well known company and the name is not other than QUALCOMM, yes its Qualcomm’s 1.2 GHz Quad-core processor that works better with just 512 MB Ram handling a huge Windows OS along with a Bundle of loaded software like Facebook, Skype, Chrome and many more.

In our discussion about QMobile Windows Phone W1 Review , we have covered almost every corner of QMobile W1 discussed below. Also see for complete specifications.

QMobile Windows Phone W1 has a small, cute and simple shape with its 4 inches display, smooth and easy grip with slight curve at the edges with no blind edges as some of the other QMobile Smartphones have.

The package contains charger, cable, hands free, warranty card, manual along with a two way protector for the screen and back cover to be covered with.

All the changes are in the OS, as we all know that Android OS is totally different from Windows OS in all aspects and all interfaces. So its a bit difficult for a person to shift to the other OS. By the way, the functionality of the overall phone is quiet fast as i expected it to be very slow with 512 MB Ram.

The Keyboard for dialing message, and the dial pad for dialing a number are nearly the same to that of Android with a slight change in the interface with a dark pink color. The browser is also the same as that in the Android OS with a change in the address bar, which is at the lower end in this Windows OS.

The Camera features along with a live display is shown in the following snapshots with different options at the top as well as at the bottom.

Bench Marking is a must have option for QMobile, porting towards Windows OS from Android. Checking the device with two well known applications to check the overall performance and to check for the pitfalls, we get the following results.

Testing the windows smartphone with Antutu, we get the following results in the proceeding snapshots. QMobile Windows Phone W1 Review reveals the results for the device and shows that QMobile Windows W1 took round about 11000 points that are just satisfactory because of the less embedded memory with an efficient Qualcomm’s Snapdragon processor because even if the processor is very fast yet due to shortage of memory, the files and data have to be kept in Rom, the process so called swapping and reload the files back to the memory. This whole process is so called placement and replacement strategy and is an excess burden for the short memory.

The biggest issue in low Ram is that if we have to run multiple applications spontaneously, we have to wait for each operation and the idea doesn’t fit inside the normal customers, all they have to say is that the “PHONE IS SLOW”.

The results for operating games were beyond expectations and the following snapshots show the graphics to be very good, similarly the smoothness will amaze you and you will wonder how can 512 Ram operate games with such smoothness.

Taking a step towards windows OS, QMobile is seriously going to take control of all the competitors coming in the way and has proved that 512 MB Ram can operate with a 1.2 Quad-core processor with such in a great and cool manner that will amaze you, although it would have been a million times better if QMobile would have thought of 1GB Ram because its only Ram that keeps all the running programs inside the main memory. With 4 inches display with 5 MP camera is sure gonna work like a digital camera for taking cool snaps, 3G can be surfed for long with the 1950 mAh battery, never the less the Qualcomm’s efficient processor is gonna rock the world and will give tough time in the market to its competitors. The users too will take interest in the device for its low price and its sharp performance with Windows as its OS.

For Other Phone Reviews