Qualcomm has already launched its flagship chipset for 2021 which is Snapdragon 888. However now, the company is planning to introduce another SoC in its premium midrange line in the 7 series. According to some latest leak, Qualcomm Snapdragon 775 is going to launch by the end of this month. 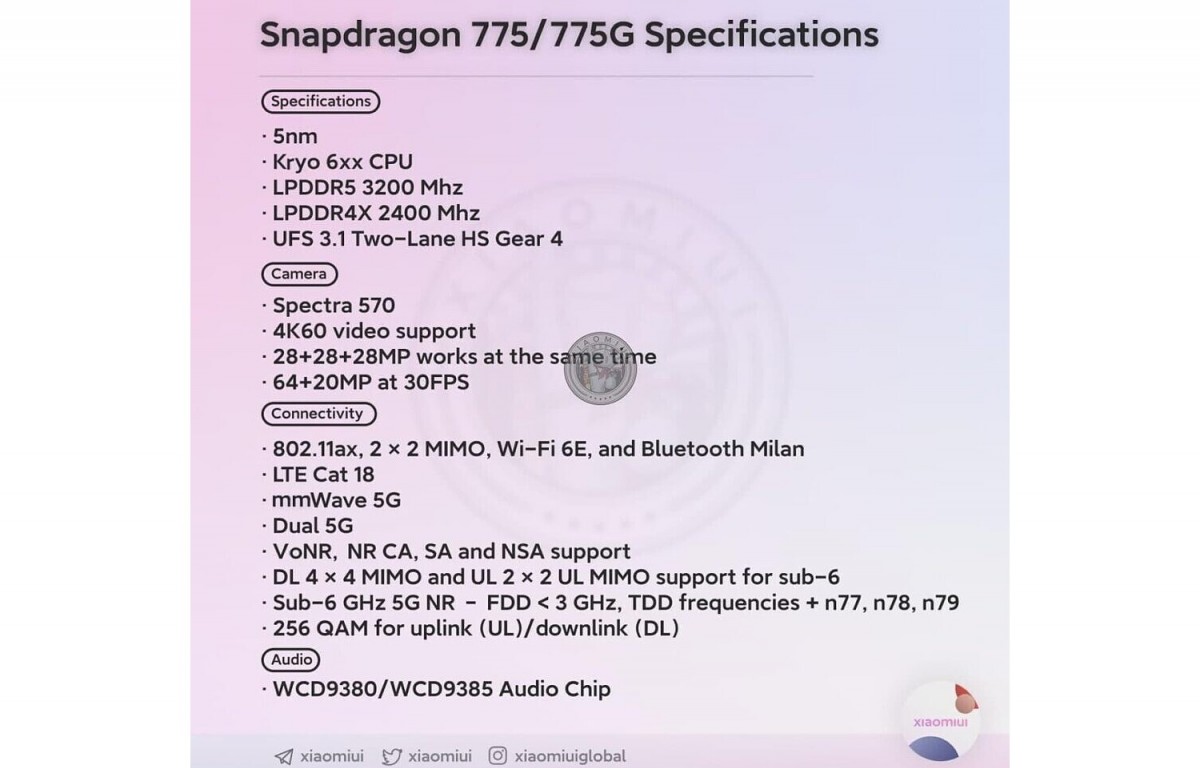 According to the leaks, the chipset will have Kryo 6xx cores, but that could mean anything. The above picture contains that the chipset will be fabbed on a 5nm process like the 888, and will support 3200MHz LPDDR5 and 2400MHz LPDDR4X RAM, as well as UFS 3.1 Two-Lane HS Gear 4.

According to some previously leaked AnTuTu scores, the 775 should perform much better than its predecessor, and all of these specs are rather important upgrades.