Twitter formally rolled out a latest quote tweets tracker, which helps you to see quickly if a single tweet has been retweeted alongside a message.

“Tweets on a Post bring something to the dialogue so we made it much easier to identify them,” the firm added, adding also that the latest tracker would be seen alongside the current “Retweets” and “Likes” marks.

For a few months now the social network has been testing the functionality, with various names and user interface configurations. For eg, it is experimented with marking the counter as “Retweets with Remarks,” rather than “Text Tweets,” and it is also checked to conceal it in a sub-menu instead of displaying it explicitly on the message. 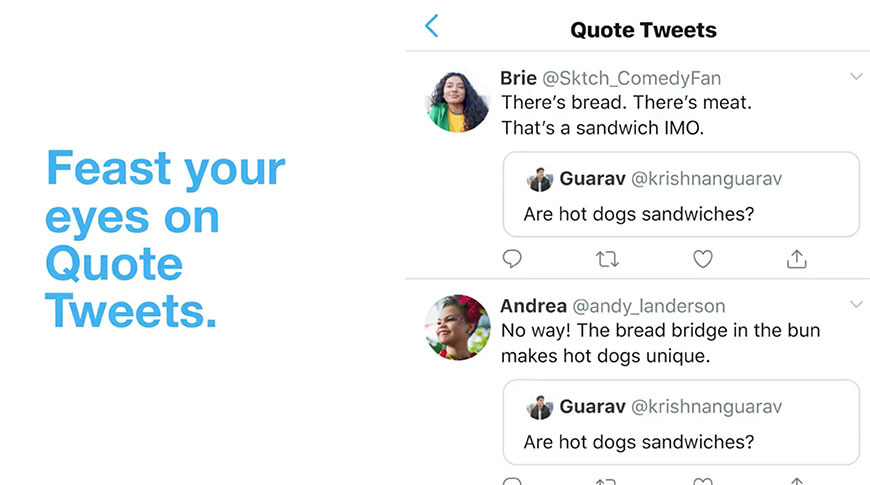 Searching for quotes has always been possible by inserting the URL of a tweet in the check box of Twitter but a designated button makes it a lot more convenient. It’s a helpful feature given that too many people use the quote tweet method instead of replying to a message, which can make tracking these conversations simpler. And it’s so fun sometimes to see someone dunking on a tweet

These kinds of tweet responses were viewed as standard tweets before adding the new Quote Tweet feature, which may make it difficult for the original author to find and respond to the responses. The latest feature Quote Tweets is available on iPhone and iPad via Twitter.