Mobilink has painted the town red after their recent re- branding campaign. We could see on every pole, billboard and probably some of the tress as well mobilink displaying its new brand probably convincing everyone that something really great has happened to them and to their consumers. If you are a mobilink consumer, it cannot escape your mind like I did being a mobilink customer for the past almost over 12 years on what difference has it made for me. Being the mobilink users for past 12 years I was wondering the same thing, so tried to search the answers from broader, corporate view point, the points why and the worth of all the efforts.
Generally, such re-branding occurs when something drastically change in the company such as ownership (in the case of Paktel- although Vimpelcom has bought over from Orascom-but the brand does not represent the new group nor the old brands represented any other Orascom logo or tagline), service (the company is still 2G & haven’t announced anything of the sort) or Tariff but no such change has happened for the customers i.e. tarrifs, plans and bundles all remain the same.

Cost of Brand Change
It takes money, time and resources to build a brand. Mobilink has certainly build over time its various brand alias Jazz, Jazba and Indigo. Synergyzer in its annual 2012 issue placed Mobilink Jazz at number 2 on the list of
brands that spend the most on TV advertising.
The amount was staggering over Rs. 2.5 billion in one year behind Ufone 4.2 billion.
It ranked as the N. 01 advertiser on Radio, as well. If these are the kind of figures than by any conservative estimate its last five year brand cost would easily cross 15 billion ( taking Rs. 3 Bn annual all put together i.e. TV, Radio, Outdoor, Digital and Internal).
This obviously is a high cost to build a brand in country like Pakistan with a competition we see in the Telco industry.
However, what is not understood and justified
probably is that instead of cashing on the brand, it seems that all investment and resources that went into building the brand has seen an abrupt stop.
Most importantly, if the new brands is to achieve the status and strength of the existing brands Mobilink will have to invest a substantial amount of money if not the same as before.
The only good thing that Mobilink could claim is that they now have to invest and focus on
one brand. Previously, their Indigo and Jazba brand sort of got ignored as the company focused more on its Jazz brand, which has the major junk of the subscribers.

Value to consumers
While 3G still is in the pipeline and the government clueless about the PTA status, in place little an operator can offer in terms of service differentiation.
However, when Ufone recently launched its Uth Pack it offered consumer incredible value, the company came up with a new and vibrant look and the whole
advertising campaign consolidating Ufone- package focused on the younger consumers.
Perhaps, Mobilink should have waited for the 3G Spectrum auction to happen, if they had nothing to offer in terms of service before re-launching and consolidating (or differentiating further) the Brands.
The only service launched recently was SMART Push-a push adv service, which failed a decade back even in the bourgeoning market like India next door that created nuisance for the consumers.

Colour & Logo
The red colour identified by Mobilink is taken from it Jazz branding as it has maximum customer.

While, from a familiarity and somewhat continuity standpoint (Indigo has more continuity
and affinity with Mobilink) therefore, it would have been more appropriate it Mobilink had rather taken Indigo as the colour for its logo and other corporate messages going forward.
This for a large customer base of Jazz & Jazba would have meant an up-gradation for the consumer and would still had continuity link.
Secondly and more importantly while red gives more prominence and generally represent emotions. Unfortunately our dear country had over the past few years has been a victim of violent activities, where innocent people lost their lives.

Mobilink in their communication strategy has used a spinning red ribbon that could easily be mistaken to resemble blood trail or symbolizes violence.
The Indigo colour would have looked more elegant with a better symbolic value. The other option they could have used is grey which is part of their Indigo logo, but it would have been a bit dull than the indigo colour.

Market Differentiation
While simplicity is the best strategy to avoid confusion for the consumers but the three Brands developed were differentiating the consumers distinctly i.e. Idigo- a package more oriented towards the business and higher effluent class, Jazz for the prepaid low end customer and Jazba for the youth.
Now, the consumer is either confused or probably will have to look more thoroughly for the kind of package, he needs to get.
The indigo customer probably may not feel as exclusive now that
everyone is considered same.
If Mobilink wants to focus on youth it will have to bring something new. A good example will be something that Telenor did for their youth brand “djuice”.

Message
The tag line of “Har Dil Har Din” is good in terms of messaging that the company is bringing newer things and reaching every heart every day probably better than the earlier one of “Reshaping Communication”, which seems to have somehow gone out of fashion and its meaning as well.
Secondly, it is in urdu does matter and should be appreciated. However, as said if the company doesn’t bring any substantial improvement or innovation in it’s offering the Tag Line could even hurt more making it the laughing stock within the industry and moreso with its own consumers.
Importantly, it would be better that Mobilink do away with other similar tag lines that they have put up as it create confusion on its main tagline. Some of them are quite weird though. The signboards that they have put across all the main highways some of them right under the nose of the Mobilink Headquarters t, one of them the main logo upside down making it look like a “W” than “M” showing how poorly the whole re-branding has been handled.
While, it may seem that the re- branding is a bit early, not well thought through and at the same time wasting a lot of resources specially with conditions on ground not to mention that dumping of the previous brand assets, but change should always be welcomed.
I tried to look at the digital media for some balance and thought through analysis but after reading them it seems unfortunately most blogs have taken Mobilink official press release with little or no change to the contents or doing an objective assessment of the mobilink re-branding exercise. A few that did not, have a very positive tilt toward latest change.
We hope that going forward Mobilink re-branding does make significant difference specially for its consumers. 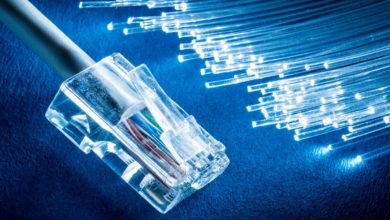 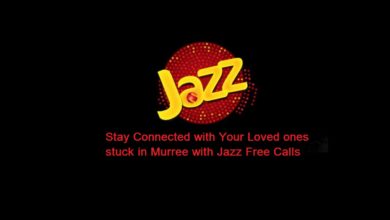 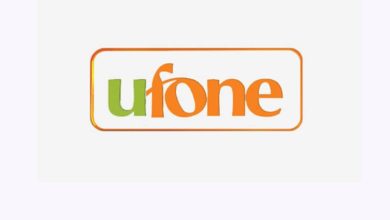