Oppo’s sub-brand Realme has introduced its third smartphone. Realme 2 Pro has gone official today revealing its all specs and features. Realme 2 Pro With Dewdrop Notch will be the first Realme smartphone that will be available outside India.

The smartphone features a 6.3” Full HD+ screen. Furthermore, it has a waterdrop notch that is being called a Dewdrop by the company. The 2 Pro features a Snapdragon 660 chipset with memory options up to 8/128 GB. 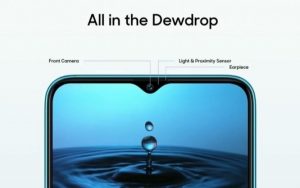 The Realme 2 Pro camera setup includes 16 MP + 2 MP cameras at the rear. While the primary sensor is positioned behind a fast f/1.7 lens. The selfie camera, housed in the notch has 16 MP resolution and a f/2.0 lens. However, the back features an oval fingerprint scanner and the Realme logo. The smartphone doesn’t contain the diamond pattern which was present in the Realme 1 and the Realme 2.

The smartphone has come with three RAM + storage options that are 4/64 GB, 6/64 GB, and 8/128 GB. The 2 Pro is quite similar to the regular Realme 2. It runs ColorOS 5.2 based on Android 8.1 Oreo. The phone sports a massive 3500 mAh battery. However, it lacks the fast charging support. The new phone has some new interesting features like Easy Screenshot, Clone Phone, and Smart Play. 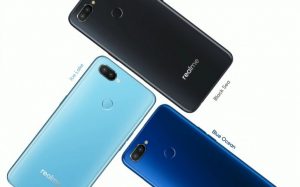 Also Read: Realme 2 Pro Will be Unveiled on September 27