Yesterday, we have told you that Realme is going to reveal another 5-series phone on 6 January. However, the company has not revealed any other information regarding the phone. Now, Realme 5i has appeared on Geekbench revealing some key specs and design. Let’s have a look at them.

The phone appeared on the listing with the model number RMX2030. The Geekbench listing has revealed that the Realme 5i will be powered by the Snapdragon 665 SoC. Moreover, it will have 4GB RAM. Also, the phone will run Android Pie out of the box with ColorOS 6. The Realme 5i scored 1,543 and 5,602 points in Geekbench single and multi-core tests. 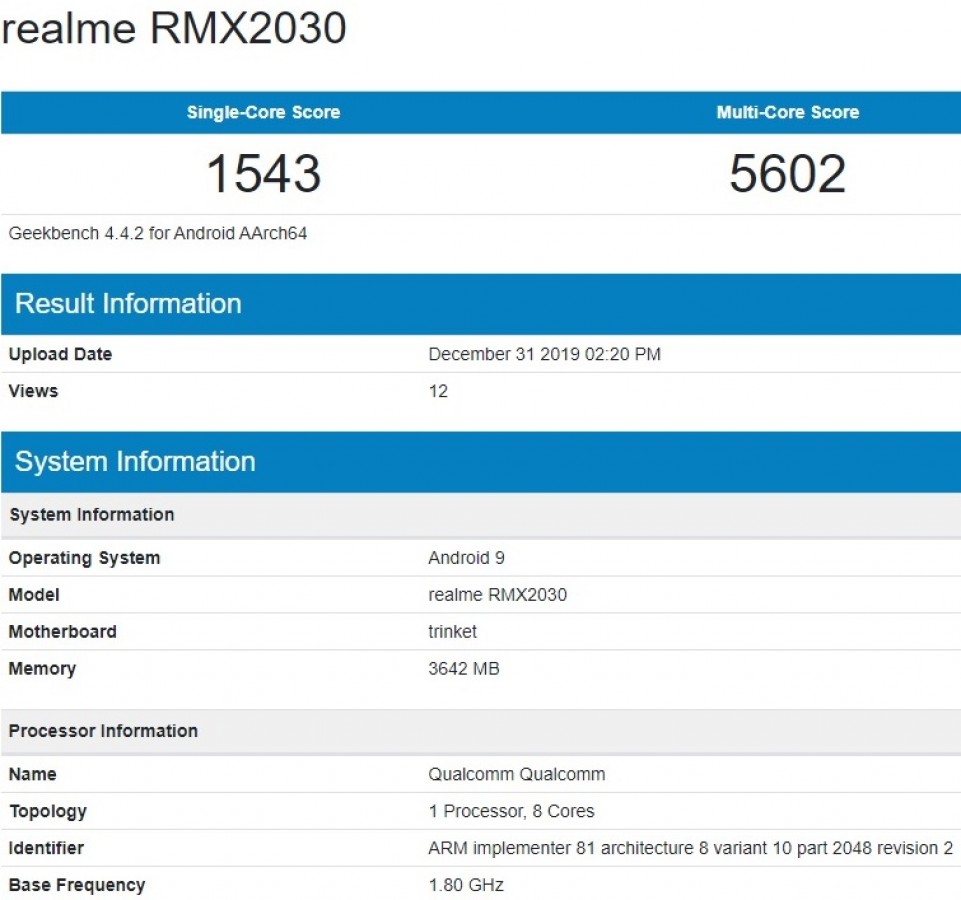 Realme has not revealed any information regarding the device yet. However, the previous listing has revealed that the Realme 5i  will come in Green and Blue colours. Design-wise, the phone is quite similar to its predecessors, Realm 5 and 5s. Furthermore, 5i will have an 8MP selfie camera which is a downgrade from the 13MP front-facing snappers on the 5 and 5s. So, it will be a low-priced smartphone.

Stay tuned, we will get more information about the phone in the coming days.