Realme has recently revealed the X50 Pro 5G. The smartphone has come with all the demanding features. Now the company is working on another series of phone namely Realme 6. Realme 6 Appears on Geekbench Sporting Helio G90 chipset. The listing has revealed some key specs of the phone. Let’s have a look at the specs of the phone.

The phone has appeared with the RMX2001 model number. The Geekbench listing has revealed that the phone will come with the MediaTek Helio G90 SoC. Furthermore, the phone will have 8GB RAM. Moreover, it will run Android 10 out of the box with Realme UI on top. 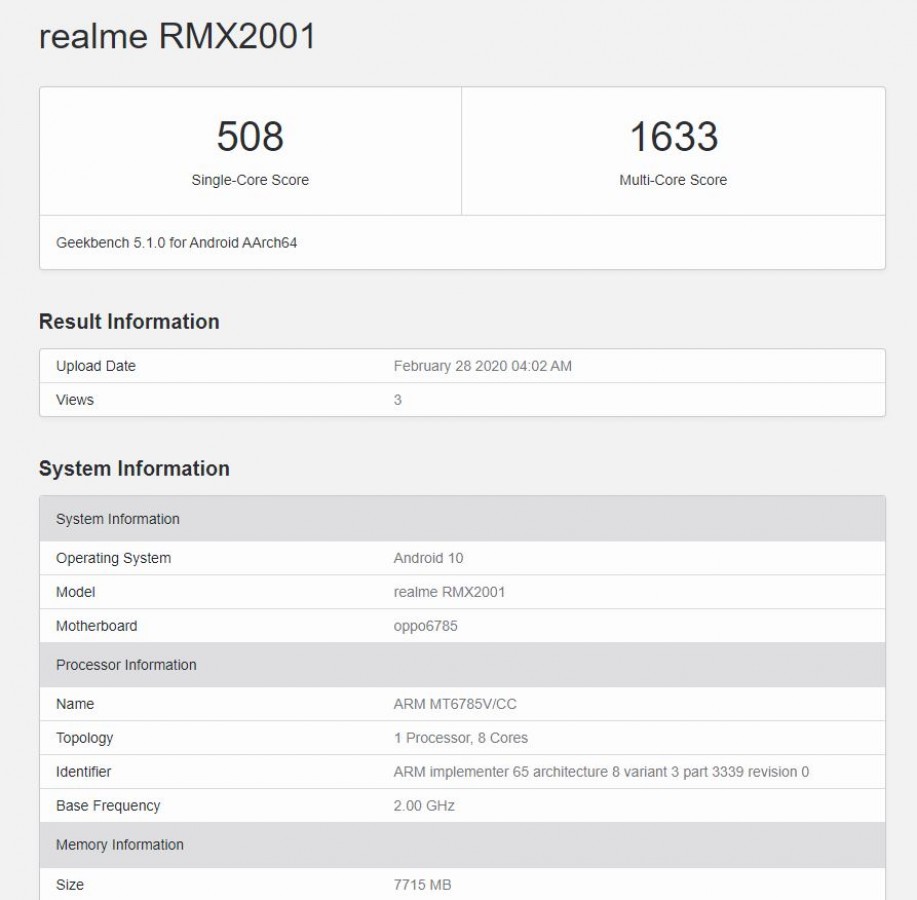 Unfortunately, this is all that we know so far about the device. We will definitely get to know more about the phone in the coming days. As the Realme 6 series will release on March 6. Moreover, the company will also reveal its first fitness band alongside this series. Stay tuned for more updates.