Today, Realme is launching four new devices in Pakistan at their launch event, including two new C-series smartphones, Realme C25 & C21, and Buds. You can watch the launch event live on Realme’s Facebook or YouTube accounts at 12:00 PM on April 7. Realme also offers an opportunity to win awards to viewers participating in the event.

Like its other C-series predecessors, the Realme C21 has almost the same design: a geometrically plastic finish and a capacitive fingerprint scanner and speaker installed on the back. A notch and a strong chin are on the front. It comes with colors of Cross Blue and Cross Black shades. 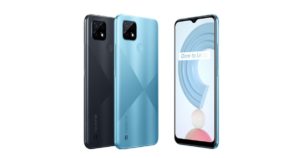 Moreover, Realme C21 has a 6.5″ IPS LCD with a resolution of 720P and has an 89.5 percent screen-to-body ratio. This device has selfie cameras of 5MP and has a 13MP main lens, a 2MP macro sensor, and a 2MP camera are available in the triple-rear camera setup. The cameras support night, HDR, and portrait modes. 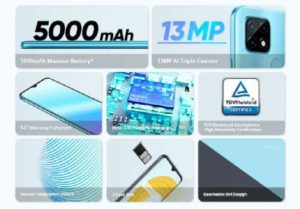 This device has 3GB RAM and expandable storage of 32GB, has Helio G35 with a massive 5000 mAh battery. Realme UI, Android10 based handle the software side of the device. Realme C21 expected to start from Rs. 24,999 PKR in Pakistan.

Realme C25 has almost the same design and specs, except the little difference as better Helio G70. The battery has a greater capacity of 6000 mAh and can charge more than 18W fast. 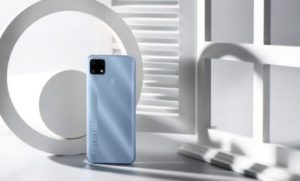 The memory is 4GB with an expandable capacity of 64GB/129GB. The screen C25 is equally large and has similar specifications as the screen of C21 has. The Realme C25 will be available in blue and charcoal tones. 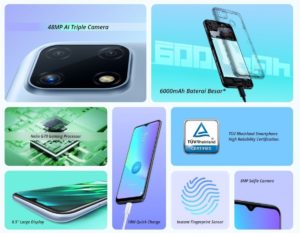 Realme C25 fitted a 48MP main camera, a 2MP B&W sensor, and a 2MP macro sensor for the rear camera setup. On the front, the selfie camera is available with an 8MP sensor. Realme C25 expected cost will start from approximately Rs. 25,000 – 29,999 PKR.

You are also interested in: Realme Narzo 30 Appears on Geekbench with Helio G95 SoC