Just recently, Realme has launched the GT 5G with astonishing specs. Now the company is working on its sibling dubbed Realme GT Neo. Obviously, it will be a cheaper version and it is going to launch on March 31st. Now, just before the launch, the phone has appeared on Geekbench.

Realme GT Neo Appears on Geekbench Ahead of March 31 Launch

The listing reveals that the phone will have a Dimensity 1200 chipset, and a 12 GB RAM option. 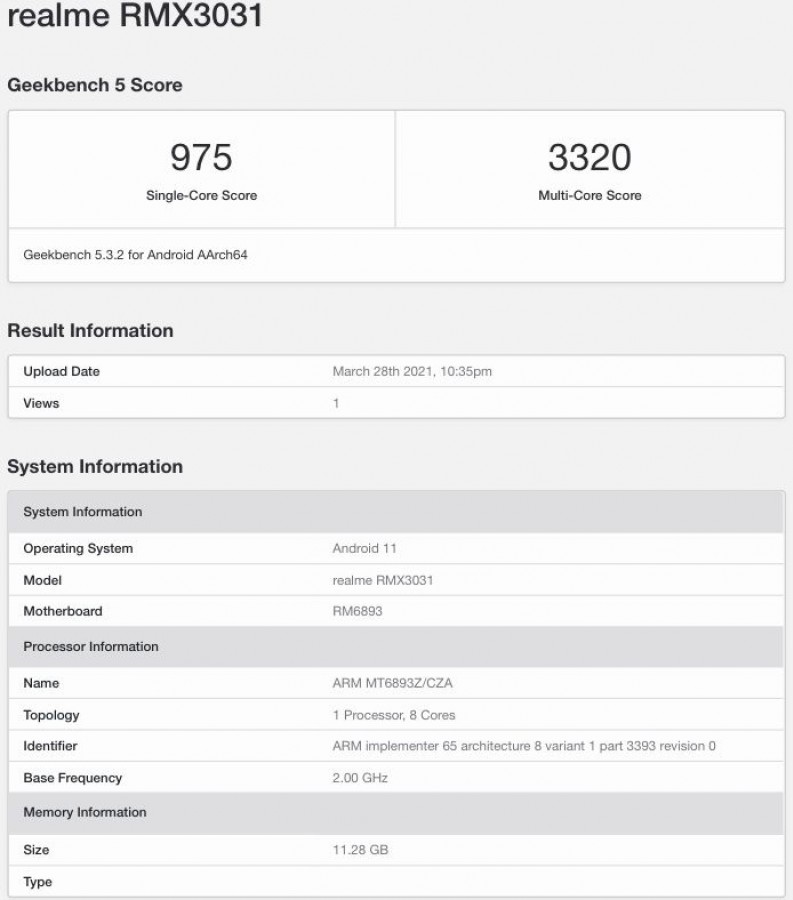 On the other hand, some rumours are also claiming that there will be one more phone at the event, and it will be called Realme V13 5G. The new V series smartphone will run on Dimensity 700 5G chipset, built on the 7 nm process. Moreover, the phone will come with a quad-camera setup at the back and a punch-hole display.

Some reports are also saying that the phone will run Android 11 with Realme UI 2.0 right out of the box. Moreover, it will have an 8/128 GB memory option. The entry-level phone will have a massive 5,000 mAh battery and a 90 Hz refresh rate of the LCD.

The company has not revealed any official information regarding these phones yet. We will get more information about them the day after tomorrow.