Back in February, Realme announced the Narzo 30 Pro and Narzo 30A. The company has not revealed the vanilla iteration of the series at that time. But now, it seems like the Narzo 30 will hit the market very soon. Because the phone has just been spotted on the Geekbench database.

The phone has appeared with the model number RMX2156. The listing confirmed that the phone will come with MediaTek’s Helio G95 chipset on board, paired with 6GB of RAM. It achieved a single-core score of 517 and a multi-core score of 1,682 in Geekbench 5. Moreover, the phone will run Android 11 out of the box. 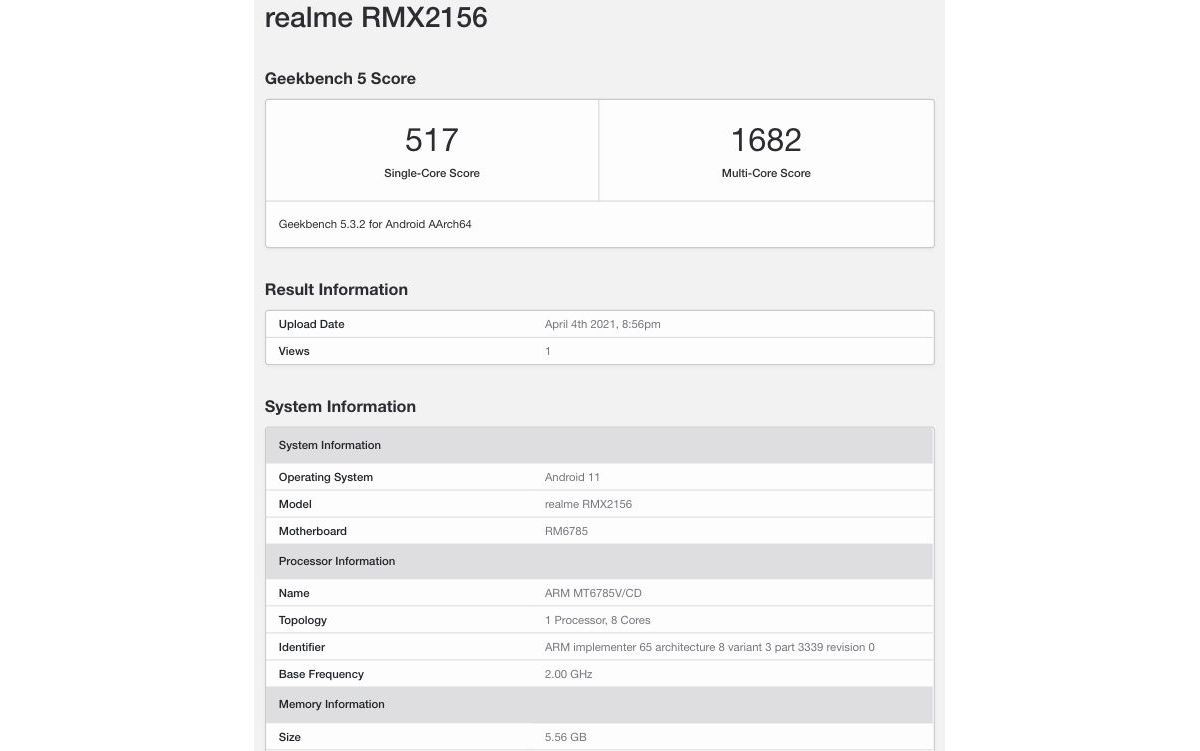 Previously, Realme CEO Madhav Sheth teased two versions for the Narzo 30, one with 4G only, the other with 5G, and this one is clearly the former of those two.

The company has not revealed any information regarding the launch date of the phone. But we are hoping to get the phone in the market by the end of this month. Let’s see when the company will debut it.

Recommended Reading: Check Out Everything You Need to Know About Realme Narzo 30 Pro and Narzo 30A