Realme is preparing to join the flagship smartphone market with increased mobile prices may be more than $800, round about Rs.140,000. Sky Li, the firm’s Ceo and Founder, hit national headlines on Twitter, putting Realme in competition with the companies like Apple and Samsung, which monopolize the luxury mobile industry. Oppo, Vivo, and OnePlus, Realme relatives owned by the same holding company which is BBK Electronics, they have also attempted to compete with Apple and Samsung in the high-end mobile market with their different products. However, none of the three businesses has been successful in attracting sufficient attention to develop mass-level demand for their pricey flagships.

It's official: realme to advance into high-end market with smartphones over USD800. What do you expect most from realme full flagship phone?

Also Read: Infinix Note 11i Comes With a Large Display and a Spikey Battery

Realme is preparing to Enter the Flagship Phone Market, With Plans to Introduce Smartphones Costing more than $800

Sky Li announced Realme’s entry into the high-end smartphone industry in a tweet. He has not, however, revealed any other specifics, such as when we would see the very first Realme smartphone with a price tag of more than $800. 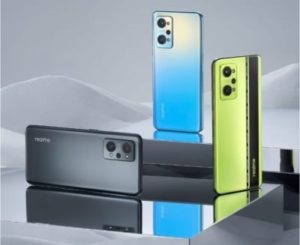 Realme debuted in the incredibly competitive phone market in May 2018. Initially, the firm hit the market as an Oppo affiliate, but it split from Oppo immediately after the release of its first handset model (Realme 1) and established as an individual brand.

Realme has formerly fought against Xiaomi (along with its semi Redmi and spin-off Poco, Infinix, and Samsung), with its variety of mobile devices starting at Rs. 7,499 and rising to Rs. 37,999. It has just announced the discontinuation of the Realme X series in favour of the Realme GT series, which guarantees a flagship-like performance.

Though Realme has not yet revealed any specifics regarding the new decision, a rumour from China earlier this month stated that the firm will launch its new flagship phone early next year for approximately CNY 5,000 (roughly Rs. 58,200).

You may be also interested in: Ministry of Information Technology and Telecommunication Launches Pakistan’s First Free Studio for Digital Media