After its success in Pakistan, realme brings its finest smartwatch product to the booming market in Europe. The Realme company has only been in the smartwatch market for months, and it has tried to expand its range to the continuously rising category of wearables. This is Realme’s second smartwatch since its June this year debut in this category. Realme Watch S has been released in Europe, alongside the Realme 7G mobile, following the launch of the Realme Watches S in Pakistan earlier this month.
Recommended: realme Pakistan ranked the Top 1 smartphone brand (GMV) in mobile &#038; tablets category for Daraz 11 11 Sale 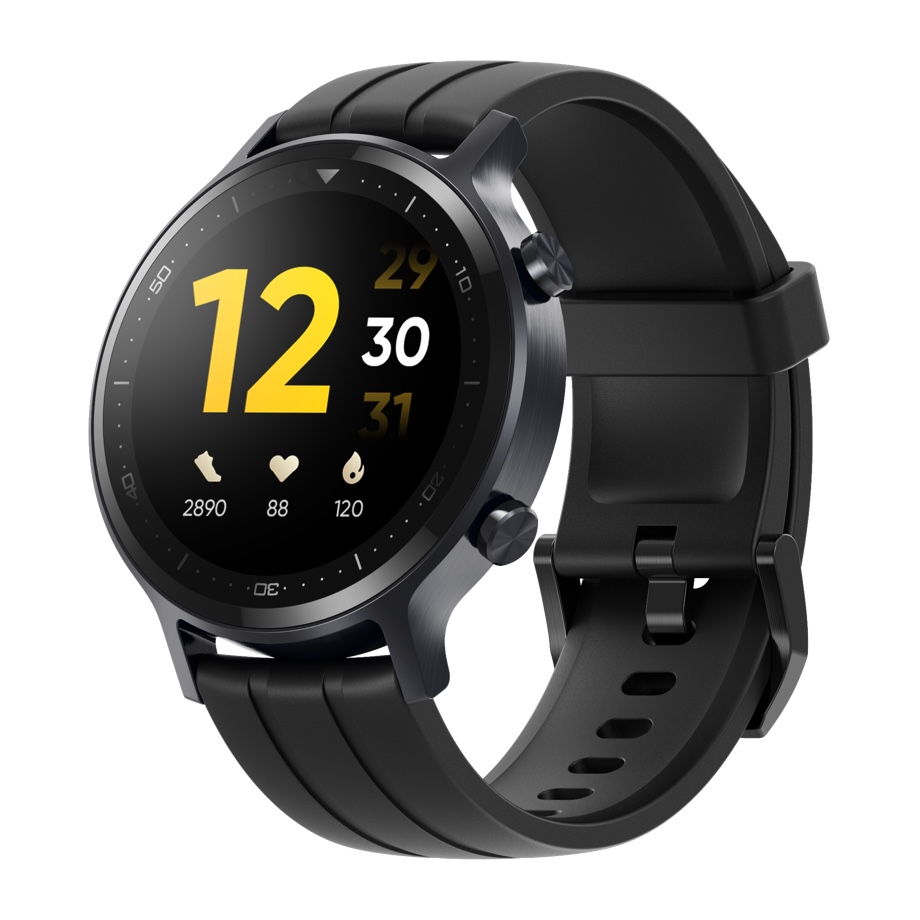 The Realme Watch S has a 1.3 inch LCD with a screen resolution of 360 x 360 pixels and an auto-brightness sensor. A Corning Gorilla Glass 3 layer on top covers the display panel. The company offers 12 watch faces in the near future and claims there will be over 100 watch faces. Sleep tracking, call rejections, smart alerts, and music and video control are the device’s main features.

It contains an optical heart rate sensor and a monitoring sensor (SpO2) for blood oxygen levels. There are 16 fitness modes, including Walk, Indoor Run, Outdoor Run; the wearable gadget runs a proprietary operating system similar to the one used on the original Realme Watch in the software department. Some key functionalities are lacking since it is a forked version of the freeRT OS. 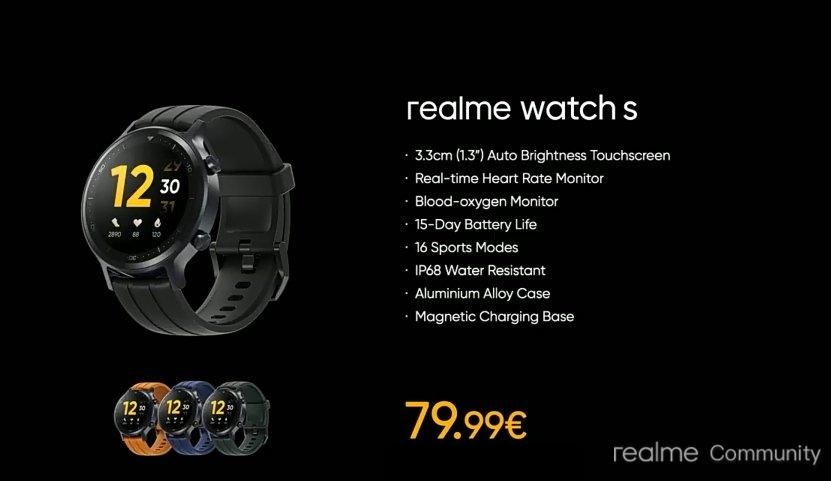 The smartwatch also comes with IP68 ratings, which ensures it is waterproof to a depth of 1,5m. When taking a shower or going swimming, the company warns users not to take the unit. The company claims that it will last up to 15 days with a single charge, thanks to a 390mAh battery. The Realme Watch S is available for purchase in Belgium, Germany, Luxembourg, the Netherlands and Portugal, and costs €79.99 in Europe on the official Realme.com website.

You also may be interested in Realme &#8220; Watch S&#8221; Smartwatch Launched: Including Oximeter, Heart Rate Monitor in Round Shape