Realme introduced the X7 Pro last September, and today it silently launched its pro-Ultra model. As expected, the new version comes with enhancements over the X7 Pro, but here are also some downgrades. Like, the X7 Pro has an AMOLED flat screen with 120Hz Full HD+, while the Ultra set has a 90Hz display, with curved edges.

The Realme X7 Pro Ultra runs Android 11-based Realme UI 2.0, and the global X7 Pro has Realme UI 1.0 based on Android 10. The curve edge model also includes RAM 12GB with a storage capacity of 256GB. And if you want to save a fair amount then there’s another 8GB RAM and 128GB onboard storage variant. 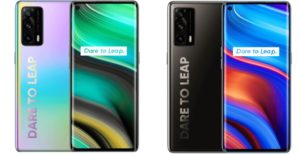 In fact, a little improved and more downgrade as Realme also decreased the number of the rear cameras of the X7 Pro from 4 to 3 in the ultra. The Realme X7 ultra has a triple rear camera setup with the main camera 64MP, 8MP, and 2MP depth sensors in the device. The device has a 32MP selfie shooter for selfies.

The Realme new Edition is slimmest (7.8mm) and lighter (170 grams) than the X7 Pro, with a strong 4,500 mAh battery with support of up to 65W fast charging. Furthermore, the “Dare To Leap” Realme slogan is a little smaller and placed below the camera setup on the back panel in an ultra version. 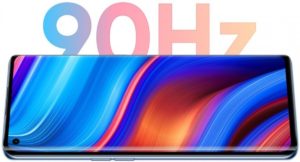