After renders of the Realme tablet revealed a new form factor for the BBK-owned company, the company appears to be entering the Android tablet sector.

While there are few high-end Android tablets we would actively suggest, a Realme tablet is a fantastic choice to keep in mind if you merely want a second screen for online content consumption. Realme is renowned for its budgeted Android devices.

Last month, CAD-based renders of the Realme Pad emerged, along with specs. Now, press renders of the first realme tablet have appeared. The tablet has a grey and gold aluminium frame, a dual-tone finish on the back, a single rear camera without flash, and a small cutout for the stylus at the bottom. 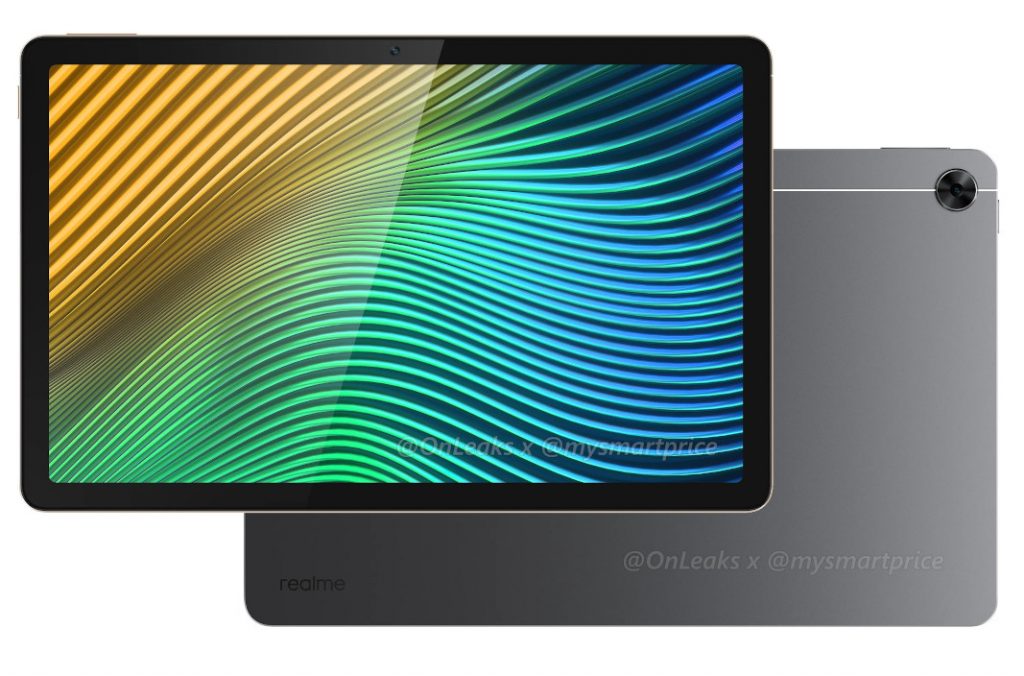 It will have a 10.4-inch display with bezels all around it and a 7100mAh battery. It is believed to be 246.1 x 155.8 x 6.8.4mm in size. The tablet is expected to include 6GB of RAM and 64GB of internal storage, but the CPU has yet to be revealed. We may also expect two variants of the Realme Pad: one with 4G LTE connectivity and one without (only Wi-Fi).

You may also check Cheap Android Tablets for 2021

The realme Pad, together with the realme Book, is anticipated to be released by the end of Q3 2021.