Realme the upcoming youth based smartphone brand that’s been creating a major buzz in the market has teased some major design modifications in the last couple of days. Realme X may be the name of the pop-up selfie camera, notch-less display smartphone that was teased a week ago.

Realme teased the phone in a video on its Weibo account that was seen sporting a notch-less display and a center aligned pop-up selfie camera. Now, a Weibo post of the company’s CMO, Xu Qi, appears to have tipped the name of the new Realme smartphone, thanks to the social media platform revealing which phone the post was shared from. 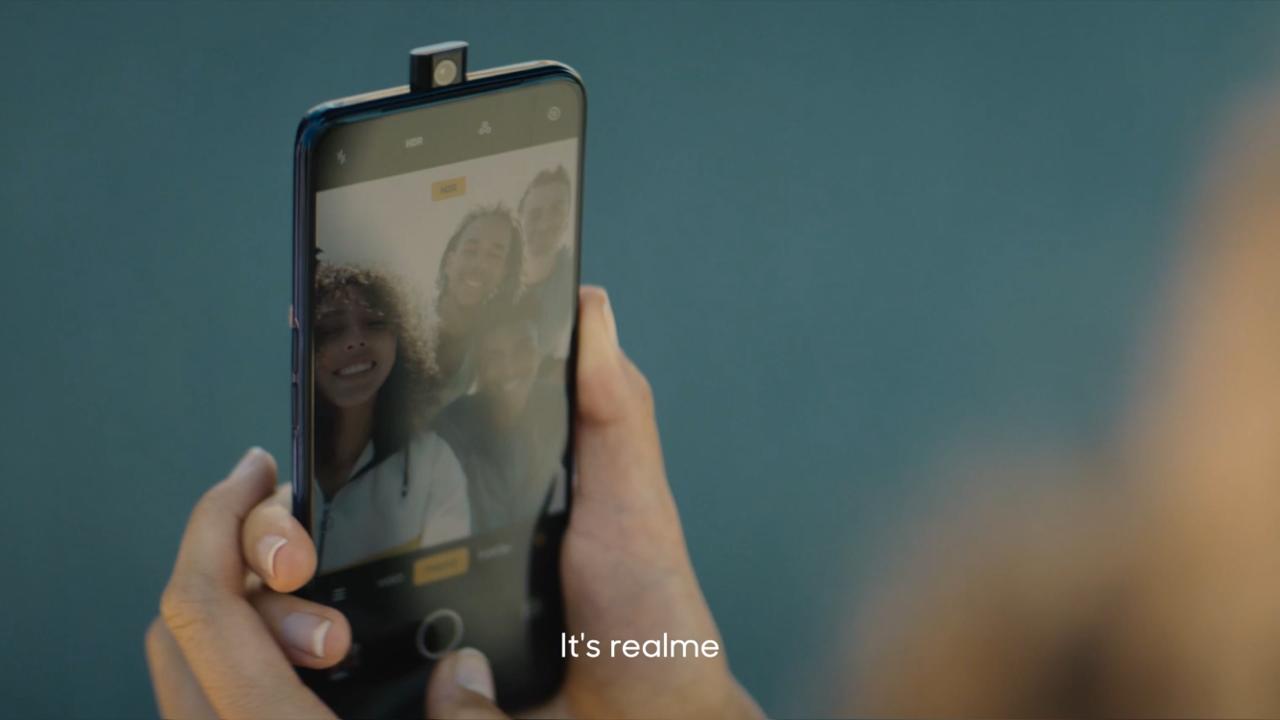 According to Xu Qi’s Weibo post, it can be seen that it is shared using a new Realme phone called the Realme X. When translated, the smartphone is described as “Realme X full screen dare to leapfrog” which coincides with the teaser video that was shared earlier this week by the company, showing a phone with a full-screen display without any notch.

So, it looks likely that the teased smartphone in the video and the smartphone used for the Weibo post are the same and it will be releasing in China soon as the Realme X.

Speaking of the Realme X, the images of the smartphone had leaked a few days ago. As previously reported, the dimensions of the smartphone were mentioned as 161.2x76x9.4mm, while the battery capacity would be a minimum of 3,680mAh. Up front, a large 6.5-inch display can be seen that has no-notch and it will likely carry a full-HD+ resolution.

On the back, there’s a dual camera setup with LED flash along with a gradient finish texture. Also, there’s no fingerprint sensor present at the back, which we believe, could be swapped in favor of an in-display fingerprint solution.

With the certification listings and the teasers, however, we can rest assured that the release is going to happen sooner rather than later.