If the MWC got to happen today, all these phones would have launched in that event. Anyhow, just like Sony and Huawei, Realme has introduced its first smartphone with 5G, Realme X50 Pro. It is a true flagship device and comes with high-end specs. Let’s have a look at the specs of the phone.

The phone comes with a 6.44” FullHD+ Super AMOLED display with 90Hz refresh rate. There is an in-display fingerprint scanner. Moreover, the phone comes with the latest Snapdragon 865 SoC with a 5G modem. It has come in three RAM option including 6GB, 8GB and 12 GB RAM. Furthermore, the phone has either 128GB or 256 GB UFS 3.0.

Additionally, the phone has quad-camera setup on the back. The back camera setup includes a 64MP Samsung ISOCELL GW1 sensor, 16MP, 8MP and 12MP. At the front, there are two more shooters in a pill-shaped punch hole. The phone has a large 32MP Sony IMX616 sensor and 8MP ultrawide module. 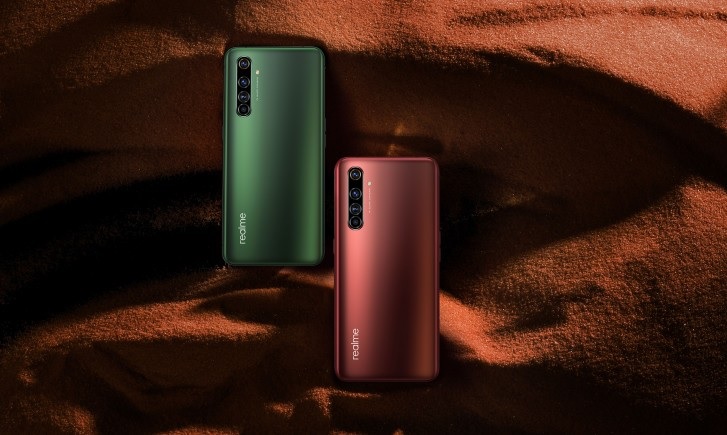 Furthermore, the phone comes with the custom Realme UI based on Android 10. Other specs include stereo speakers, NFC and Google Pay. One of the best things is that it has come with the vapour cooling system for keeping it cool while playing games.

The phone will be available in Moss Green and Rust Red.