Realme X50 Youth to Launch Along with X50 5G

Also, we do have very little information about the phone yet. But surely, we will get it in the coming days. A leakster has revealed the listing of a lite version of the phone.

As it turns out, there is a RMX2052 now. The first theory suggests Realme X50 to be RMX2051, while the other one suggests it to be RMX2001. In any case, the Realme X50 Youth is around the corner too.#Realme #RealmeX50 #RealmeX50Youth pic.twitter.com/nzXlO4R5g6

As far as the specs of Realme X50 5G specs are concerned. It will have two-day battery life. Also, it will have a 6.67-inch LCD with 120Hz refresh rate. It will also have a dual punch hole selfie camera. Moreover, the phone will have a 64MP Samsung GW1 rear camera along with an 8MP ultrawide, a 13MP 5x hybrid zoom and a 2MP super macro.

The phone with 8GB of RAM has also appeared on Geekbench listing. 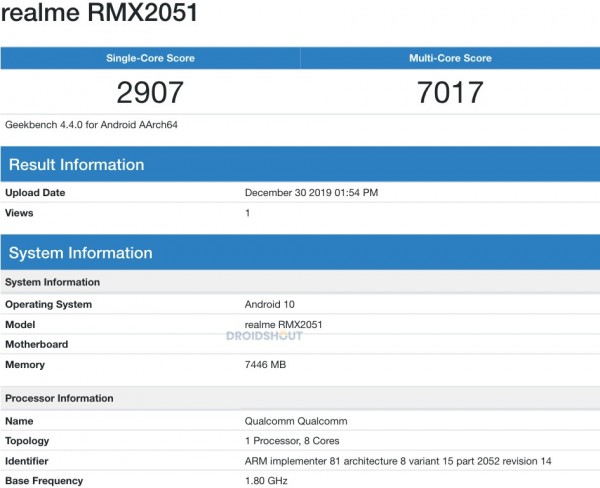 Only a week left in the launch of the phone. We will get more official news about the phones on January 7. Stay tuned.