The listing confirmed the motherboard name which is “Kona”. It is the code name Qualcomm gave to the Snapdragon 865 and its subsequent 865+ and 870 revisions. The listing also reveals that the RMX3366 will have 12GB RAM. The previous reports also say that it will come with three memory configurations – 6/8/12 GB of RAM paired with 128/256/512 GB storage. 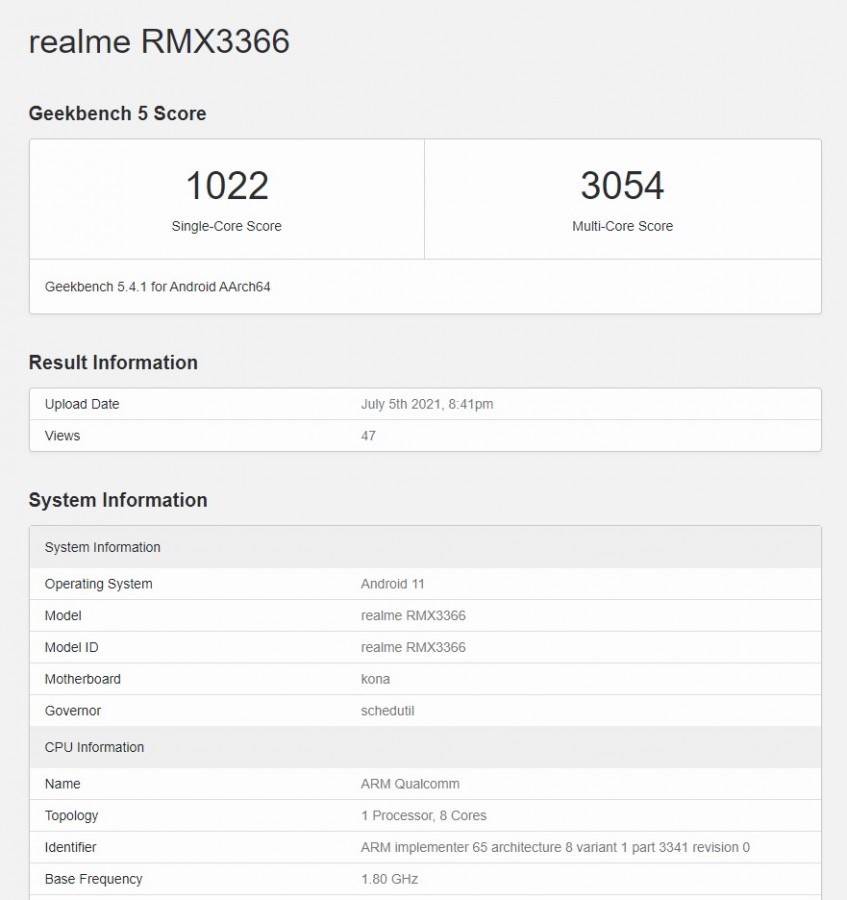 There are also some rumours claiming that the phone will be called Realme GT Master Edition. However, the RMX3366 on TENAA differs from the renders.