Realme X9 and Realme X9 Pro price and specifications have been predicted as fresh leaks regarding the phone have appeared on Weibo. These devices will come as successors to the Realme X7 series that was initially launched back in September 2020. The leaks have revealed the cost of the devices and main specifications for Realme X9 and Realme X9 Pro. The report also reveals that phones are going to update their predecessors significantly. Realme X9 series is expected to launch this year but the exact date is not clear.

Also Read: Realme C21Y Will be An Affordable 4G Smartphone 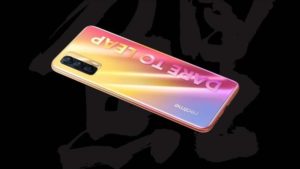 The Realme X9 Pro is expected to be equipped with curved front edges and a refreshing rate of 120Hz. It may come with an AMOLED and the Qualcomm Snapdragon 870 SoC is reported to be powered within the device.  Realme X9 Pro price is predicted between $390 (about Rs 61,000) and $470 (around Rs 74,000).

The Realme X9 Pro will come with a 6.55-inch display, Android 11 OS based on Realme UI 2.0 customized skin, dual SIM compatibility, and dimensions of 7.8mm. A 2200mAh battery will be fitted in the pro edition, a dua-cell battery with a combined capacity of 4,400mAh, and a 65W fast-charge capability is rumored to be packed Realme X9 Pro. A revealing picture of the Realme X9 Pro Master Edition displays a matt surface of the back. It has a rectangular LED flash camera module and a quad-camera lens. The left side device contains the volume buttons while the power button will be fitted on the right side.

According to reports, smartphones will come in this year most probably in September 2021 but have not yet disclosed the release date.

You may be also interested in: Mysterious Realme Device Surfaces on TENAA