The Chinese smartphone maker, Xiaomi, is also racing to bring new smartphones according to the users’ need. The company had launched various smartphones till date that include many high-end, budget-friendly and low priced handsets. Now, the company is prepping to release the Redmi 7. The phone got spotted at TENAA revealing some of its specs and features.

According to the TENAA Listings, the handset has a 6.26-inch LCD with a resolution of 1520 x 720 pixels. In addition to that, the upcoming phone sports an aspect ratio of 19:9. The screen shown in the images spotted at TENAA is turned off so it’s difficult to know that whether it will come with a waterdrop notch or a regular one. Let’s have a look at the images. 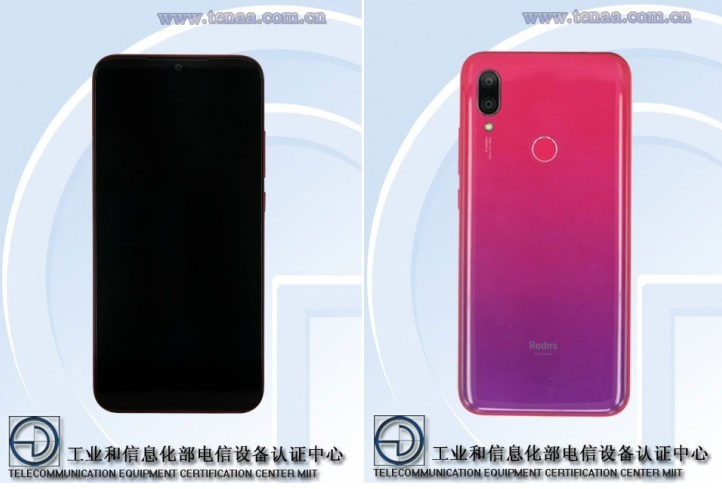 In addition to all this, the upcoming smartphone will come with an octa-core processor having a clock speed of 1.8 GHz. It will be powered with a 3,900 mAh battery to keep the lights on. It will run Android 9 Pie straight out of the box. The handset will come in three memory configurations – 2 GB RAM + 16 GB storage, 3 GB RAM + 32 GB storage, and 4 GB RAM + 64 GB storage. However, the storage can be expanded via microSD cards. It will come with an 8 MP camera on the front with the dual-camera setup at the back including a 12 MP sensor.

Redmi 7 Color Options include black, red, blue, pink, white, green, purple, and gray. However, there are no words about the price of the handset yet. The Redmi 7 Launch seems imminent. Let’s see when will this phone make its way to the market.