The Chinese smartphone maker, Xiaomi, is continuously working to bring new smartphones according to the users’ need. The company had launched different smartphones till date that include many high-end, budget-friendly and low priced smartphones. Now, the company is prepping to release the highly anticipated Xiaomi Redmi 7 series. The Redmi 7 Series appeared on 3C certification a few weeks back. Recently, Redmi 7 Teaser Poster popped up revealing the launch date of the upcoming handset.

The new teaser poster appeared on both Weibo accounts of Xiaomi and Redmi. The poster also hints that Redmi might become a brand of its own like the Honor and Realme. In the teaser poster, the most noticeable thing is the shadow of the “Redmi” sign saying 4800. This clearly nods towards the 48 MP Camera teaser that showed up last month. However, we are not sure about anything right now. Furthermore, the teaser revealed that the Redmi is going to hold an event in Beijing on January 10 at 14:00 local time. Let’s have a look at the teaser poster. 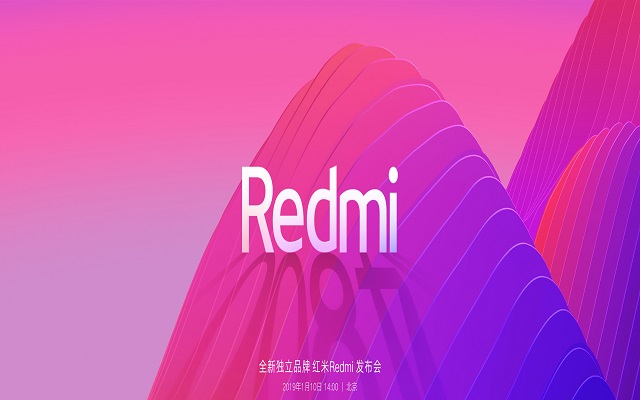 In addition to that, the previous 3C certification revealed that Xiaomi is working on three models right now that are tipped to be the Redmi 7 Pro, Redmi Note 7 Pro, Redmi 7A. These upcoming Xiaomi smartphones will come with 5V/2A charging. It means that the phones are expected to have 10W charge support. We are not sure about any of these Redmi 7 Specs and features as there had been no official words about it. The highly anticipated series will go official on January 10 so, just wait and watch.