If there’s one brand in the budget and mid-range smartphone segment that has consistently punched well above its weight, it’s Redmi, a sub-brand of popular Chinese smartphone maker Xiaomi. While Redmi recently captured headlines for its “affordable flagship” K series: the Redmi K20 and the K20 Pro, it has long won smartphones with good specs delivering low-cost smartphones. Redmi 8A, a successor to the entry-level smartphone category of its popular and much-loved Redmi 7A.

The phone comes in three exquisite colors, including red sunset, ocean blue, and black midnight. We  got the test unit ‘ ocean blue’ featuring a blue metallic shine to the back with a subtle color and texture change across the centre. Redmi likes to call it’ Aura Wave Grip Model’ where the body consists of polycarbonate and has a wave-like texture over the back. The mobile is also smudge-proof, which minimizes the risk of unsightly fingerprints but is vulnerable to scratches. 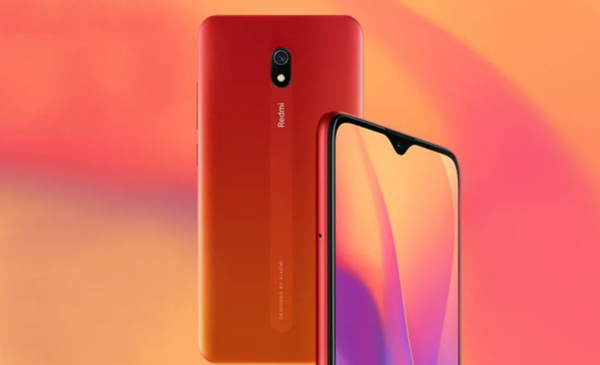 There is a rear camera on the rear panel right above the LED flash in the upper center while the Redmi emblem and branding run across the middle vertically.  Redmi 8A lacks a fingerprint sensor on the back just like Redmi 7A, but it does come with face unlock which works as expected (except in low-light situations). Redmi 8A follows the trend of bezelless smartphones and offers and high screen-to-body ration with a drop notch and a slight chin which makes it look sleek.

Redmi 8A is how it offers a screen in entry-level smartphones that is hard to get through. Redmi 8A sports a resolution of 6.2-inch HD 720×1520 pixels along with a 19:9 aspect ratio and an extra protection Corning Gorilla Glass 5. Holding the phone’s price point in mind, it’s easy to forgive the few hits and misses it might have.

It comes with a Qualcomm Snapdragon 439 processor instead of a MediaTek chip. Redmi 8A equipped with an octa-core processor operating at 1.95GHz speed along with graphical output from Adreno 505. There’s a 2 GB RAM + 32 GB storage variant version and a 3 GB RAM + 32 GB storage variant where I got the previous one. Qualcomm Snapdragon 439 did not offer a 2 GB RAM

Redmi 8A packs a 12MP Sony IMX363 sensor with an aperture of f/1.8 while an 8MP shooter is the front camera in the water-drop notch. There are also camera modes that come with the camera app, including portrait, short video, and Pro. The 12MP camera in the back is fine.

Redmi 8A manages to meet almost all the expectations of our budget. If you’re looking for an upgrade from an older budget phone or a smartphone user for the first time, the Redmi 8A is worth it.