The smartphone maker, Xiaomi is all set to launch Redmi K20 in order to give a tough competition to the OnePlus 7 pro. Furthermore, Xiaomi claimed that its upcoming device will be a Flagship Killer 2.0 that aims to Face OnePlus 7 Pro. Yesterday, Redmi K20 Specs Got leaked offering more details of what we can expect from this “flagship killer”. Today, a new Redmi k20 Teaser showed up that confirms the presence of a pop-up selfie camera.

The latest teaser has confirmed that the upcoming flagship killer will come with a pop-up selfie snapper. Let’s have a look at the teaser.

In addition to that, Redmi’s GM, Lu Weibing, shared the post on his timeline and revealed more details about the upcoming phone. Lu Weibing stated that the Redmi K20 will be lighter than some other phones with pop-up selfie cameras as a result of optimizations carried out by the engineers. In addition to that, he also said durability tests carried out on the pop-up selfie camera exceeded 300,000 uses and will last more than 8 years if the users were to take a 100 selfies per day. Let’s have a look at the post. 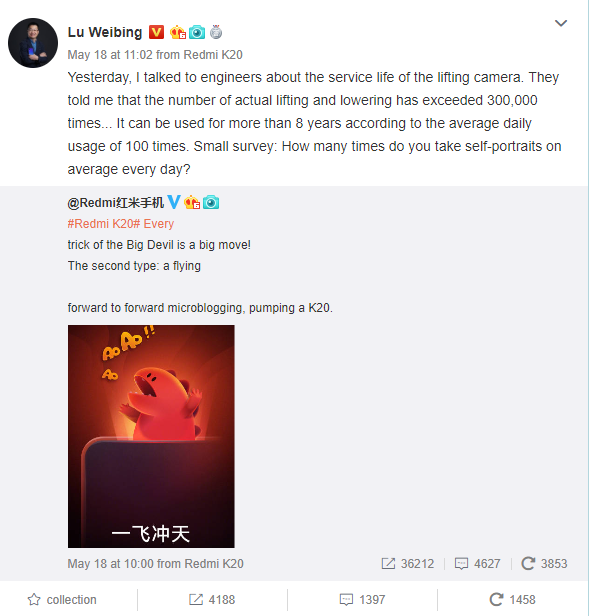 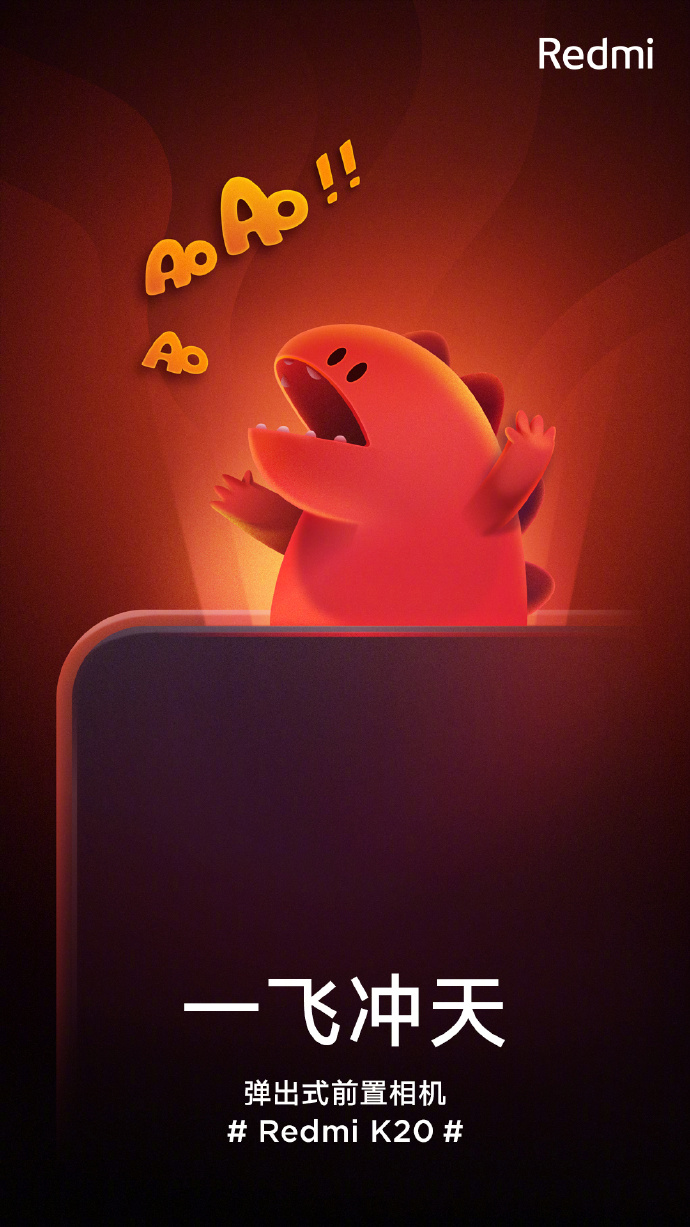 According to previous reports, the upcoming smartphone will feature a 6.39-inch OLED display with a 19.5:9 aspect ratio. Moreover, the display of the handset will be capable of a 1080p+ resolution. It will have a pop-up 20MP camera with f/2.0 aperture together with the main cameras including a 48MP sensor with f/1.7 aperture and 1.6-micron sized pixels.

The smartphone will sport a 4,000 mAh battery cell which will be rechargeable with a 27W quick charge adapter. Moreover, K20 will be fueled by a Snapdragon 855 CPU paired with the Adreno 640. There had been no further words regarding the fingerprint scanner and RAM memory of phone yet. The K20 color options may include Carbon Black, Glacier Blue, and Flame Red.