First and importantly, the Redmi Note 10 JE is powered by a Qualcomm Snapdragon 480 processor instead of a MediaTek Dimensity 700 SoC. The smartphone is IP68-certified for dust and water resistance although it is supported by a reduced 4,800mAh battery with 18W fast charging support and eliminated two stereo speakers. Last but not least, it features a single SIM card port. 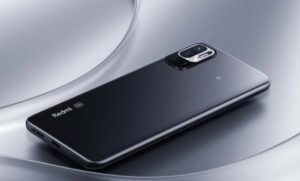 There is 4GB of LPDDR4x RAM and 64GB of UFS 2.2 storage fitted in the device. Also, the MicroSD card slot allows users to extend storage if needed (up to 1TB). The triple camera setup includes a 48MP wide-angle main sensor, 2MP macro sensor, and 2MP depth sensor, along with an 8MP selfie camera on the front.

A 3.5mm headphone jack and USB Type-C are the added-in smartphone’s features. An accelerometer, ambient light sensor, and gyroscope are all included, an infrared sensor and an integrated fingerprint sensor also fitted in it.

On the software side, it runs MIUI 12.5, a modified version of Android 11. The two-color options are available in the device; Graphite Gray, Chrome Silver. But the drawback is that the charger is not included with the smartphone.

The price of this smartphone has not yet been announced by the company. A Xiaomi Japan Twitter account has confirmed that the phone will be available for purchase starting on August 13.

You may be also interested in: Pakistani internet users stand at 54 percent in 2021