The Redmi Note 10 series by Xiaomi is certainly one of the most awaited lineups in 2021 and the company has publicly announced that it will launch the Redmi Note 10 in the start of March.

The new Note series will arrive in March, Xiaomi reported earlier today. In a twitter post earlier this week, the Chinese tech company began teasing the arrival of the next-generation ‘Note’ lineup. At the moment, the precise launch date or details for the Note 10 series are still unknown. 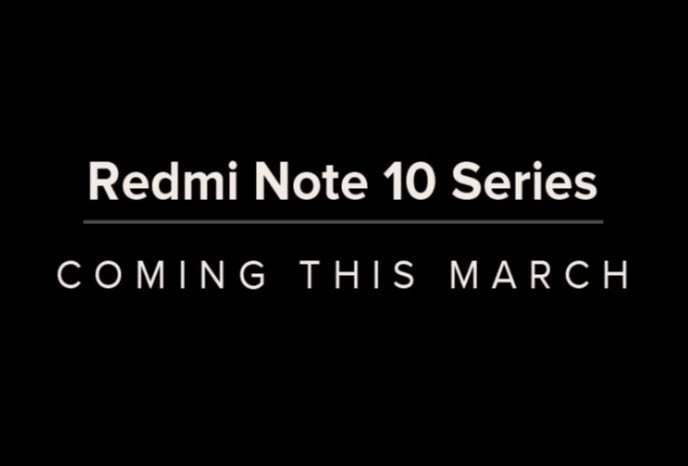 The teaser of Redmi 10 series itself is not very insightful and just indicates a major change over its predecessor. Previous reports point to Snapdragon 750G SoCs and 108MP key cameras, but much about the set has yet to be known.

One report indicated that the Note 10 series would be ‘priced aggressivley’  given that the sales output of the Redmi Note 9 series was not good.

A XiaomiUI Telegram community leak revealed that a 120Hz IPS LCD with MEMC support and a quad-camera system, consisting of a 64MP primary sensor could be featured in Note 10 Pro. In addition, the leak also shows that the new device will have a Qualcomm SM7150 (Snapdragon 732G) and equip with a 5,050mAh battery.

There are few who can equal Xiaomi’s Redmi Note series when it comes to delivering the greatest value for budgeted smartphone experience. The Redmi Note lineup has stretched the boundaries of what one generally wants from a budget phone with each new generation, offering significant hardware enhancements while still keeping an attractive price tag.