Conventional speakers don’t have much area to do their job in a lot of places. The typical solution is to simply install more, tiny speakers. However, Resonado Labs is taking an innovative approach and demonstrating its Flat Core Speaker technology. In the first case, the speakers will be installed in Airstream RVs and vehicles from multiple manufacturers.

As per the CEO, Brian Youngil Cho, For the previous 100 years, conventional round loudspeakers seem to be the accepted industry standard. The music industry developed speaker kinds with an elliptical or racetrack design to better accommodate thin items as consumer electronics became smaller with a more simplistic appeal,”. Therefore, changes were made, and the new product is ready to be launched. It will have a driver featuring bar magnets along with a flat voice coil. It is linked to a flat racetrack membrane as created by the Resonado. It says that the speakers have a more even force distribution, resulting in a considerably greater sound from a more compact design. 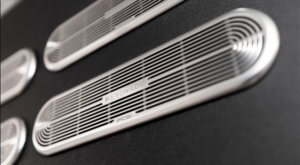 At CES, the organization is showcasing a demo it created for Hyundai, as well as goods for the modern living room. A small soundbar having a “cinematographic sound experience,”. Its manufacturer claims that it will eliminate the need for an additional subwoofer, which is one such development. A robust smart speaker, and an experienced armchair with realistic spatial audio, and a super-narrow edge-firing speaker assembly geared at luxury televisions are also on display.

In partnership with RV manufacturer Airstream, the firm released its first commercial speaker this summer. Airstream VP of Sales Justin Humphreys said, “We continue our heritage of placing a high importance on product design while delivering our clients the highest performance features possible by incorporating Resonado Labs’ groundbreaking audio system into our traveling coaches.”

You may be also interested in: HMD Launches Four New Nokia C and G-series Smartphones at CES 2022