Tecno Mobile held a webinar event yesterday where it unveiled that it’s working with Samsung to bring an RGBW camera sensor to its future phones. The sensor has been named the ISOCELL GWB and will be going with a 64MP resolution. The Vice President and Head of R&D at Samsung Electronics China presented the ISOCELL GWB who called it “the most human eye-like image sensor.” Its main feature is the RGBW colour filter.

Additionally, the new 64MP sensor adds a white sub-pixel to the red, green and blue array which should result in improved light sensitivity and better performance in low light scenes. Tecno is all ready to bring this sensor in its upcoming flagship device in 2022. 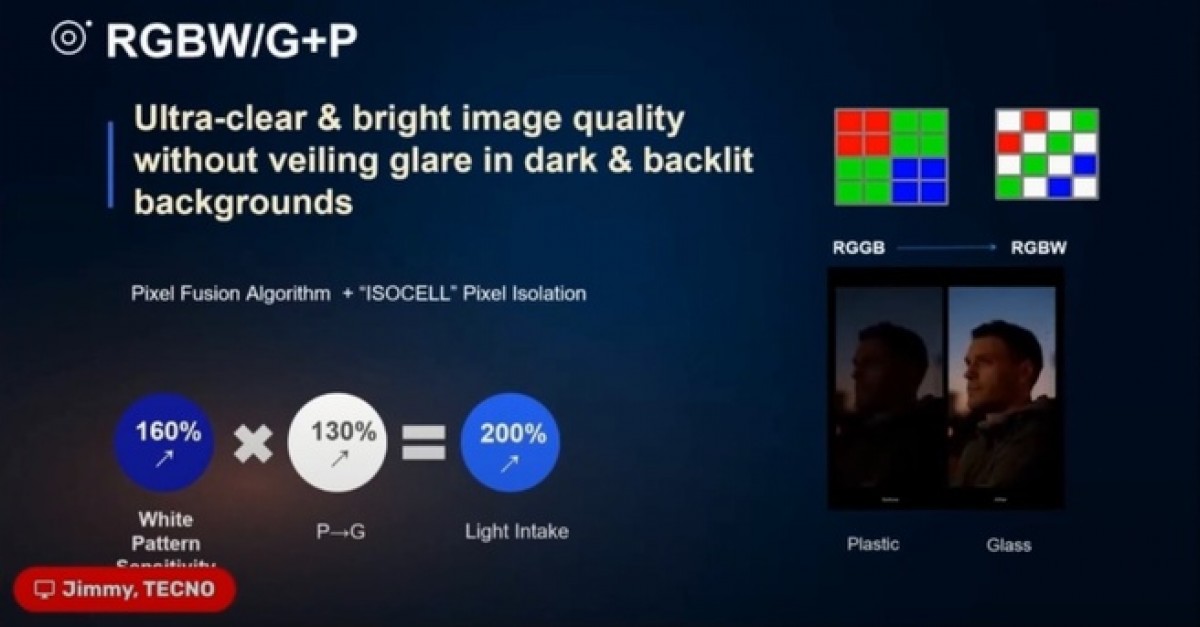 Previously, some popular smartphone companies including Sony, Huawei, Vivo and Oppo have all experimented with RGBW sensors. Among them, we have seen some impressive results from Huawei’s flagships in particular. Samsung is promoting class-leading low light photos and boosting colour accuracy from its new sensor. Some rumours have claimed that Samsung is working on a 50MP RGBW sensor for the Galaxy S22 series. However, it seems to be a different module.

Now, which mobile will get this sensor is not confirmed yet. But we will get more information in the coming days.