The Samsung Exynos 2100 has been confirmed as Samsung’s latest flagship processor. It is set to make its debut today at Samsung Unpacked event of Galaxy S21 series . Though, the Galaxy S21 series will be operated by the Snapdragon 888.

For the flagship processors, the two vendors have agreed to go for an integrated 5G modem. Both endorse the spectrum of mmWave and sub-6GHz. Samsung doesn’t mention what the latest chipset Wi-Fi technology supports, so it does have Wi-Fi 6, but we don’t know if the Snapdragon 888 has Wi-Fi 6E. 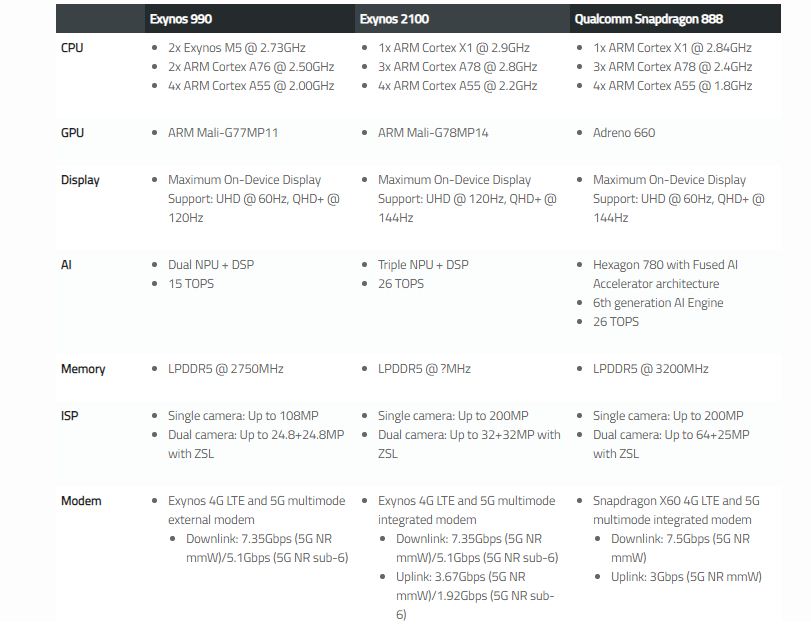 Qualcomm has made a huge deal about the Snapdragon 888 triple ISP, which helps the SoC to process 3 signal streams concurrently. Exynos 2100 is capable of handling 4 parallel streams, according to Samsung, and up to 6 image sensors can be linked.

With its chipset, Samsung has performed well and fans should be excited. It has a more powerful CPU than the Snapdragon 888 and other major enhancements are made by its ISP. Qualcomm’s chipset, however, has the GPU edge and even has a decent ISP.