Samsung’s upcoming Galaxy A04s has been in rumours for a while now. The hone has also appeared on some certification sites. So, we can say that the phone is going to launch very soon. Now before the launch, Samsung Galaxy A04s price, specs and design are revealed in some official-looking images. According to some latest reports, the upcoming Galaxy A04s will be available for €169 in Europe. Obviously, the price will variate in other regions. Anyhow, let’s have a look at the revealed specs and design of the phone. 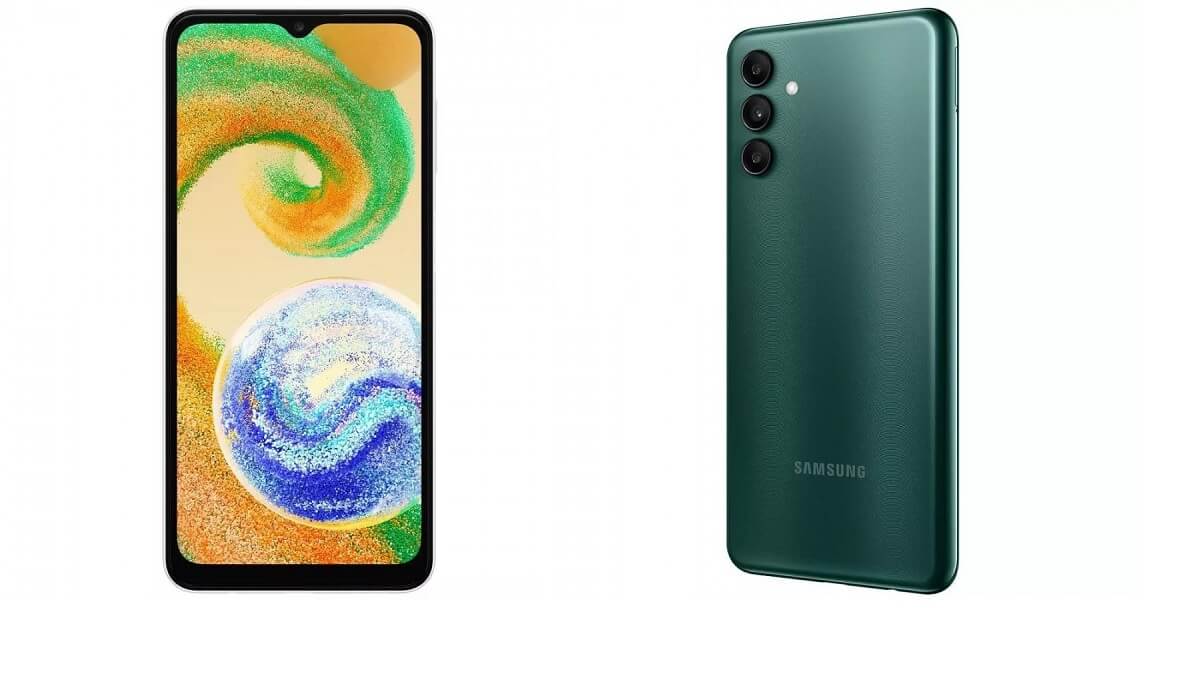 The upcoming Galaxy A04s will arrive with a 6.5-inch 720 x 1600 PLS LCD touchscreen with a 90 Hz refresh rate and 400 nits maximum brightness. Additionally, the phone will come with the Samsung Exynos 850 SoC at the helm. The phone will have 3GB of RAM and 32GB of expandable storage which is a bit low in my opinion.

See Also: Samsung Updates These Devices to Android 12- Check Yours

Moreover, the phone will have triple camera sensors at the back. It will have a 50 MP f/1.8 main rear camera, alongside a couple of 2 MP sensors, one for macros and one for depth sensing. For selfies, there’s a 5 MP f/2.2 shooter which is also low.

Furthermore, the phone will have a gigantic 5,000 mAh battery with up to 15W charging support via USB-C. Unfortunately, you won’t get any charger in the box andalso the phone will not support wireless charging either. Anyhow, the A04s will have a 3.5 mm headphone jack. It will be available in white, black, and dark green. The phone will run Android 12 underneath Samsung’s One UI.

See Also: Will Samsung Launch a Rollable Smartphone This Year?