We have got some rumours and renders of Samsung Galaxy A-series phone, Galaxy A11 and Galaxy A41. However, these are not the only smartphones that will launch this year. There is another version appeared in new renders revealing design and key specs. Samsung Galaxy A21 Render Reveals an Infinity-O Display. Let’s have a look at the specs.

The leaked render of the Galaxy A21 revealed that the phone will feature an Infinity-O display. Moreover, the phone will come with thick bezels and a punch hole in the top-left corner to house the selfie camera. As you can see in the picture below. 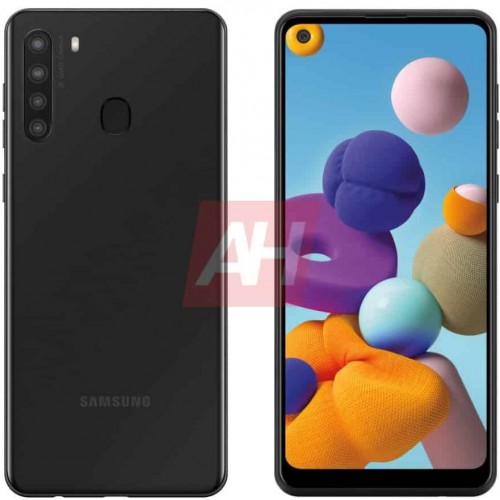 Furthermore, the phone has quad-camera setup around the back aligned vertically in the upper-left corner. Also, there is a fingerprint reader on the back as well.

The render has also revealed that the Galaxy A21 will have the power and volume button on the right side. Whereas, just like many other phones, the USB port and the 3.5mm headphone jack are at the bottom.

However, the previous rumours have revealed that the phone will come with an Exynos 7904 SoC. It will have 4GB RAM and 64GB expandable storage. Additionally, the A21 has an HD+ AMOLED display and a 4,000 mAh battery.

Samsung has not revealed any information regarding the phone yet. But we hope to get it soon.