In several leaks, including unofficial product renders, we got to know a lot about Samsung Galaxy A32 5G. It is one of the upcoming A-series phones by Samsung.  But, now, it appeared on the database of Bluetooth SIG authority. So, we can assume that the company is all set to launch it soon. 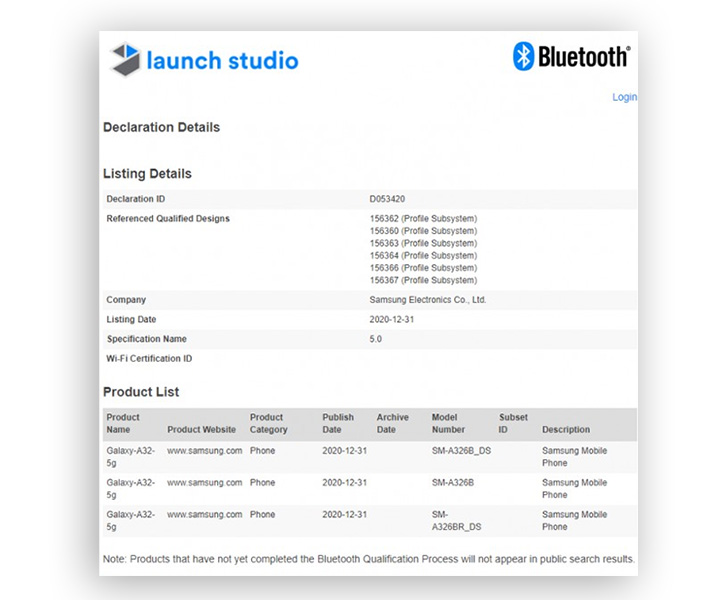 Most smartphones go official around a month after their appearance at Bluetooth SIG authority. So, we can expect to see the handset breaking its shell in the coming month. A recent report said that the 4G edition of the smartphone will also be available in some countries.

According to the rumors, the upcoming phone is expected to feature a 6.5-inch display panel with a waterdrop notch screen. The Dimensity 720 chipset is present under the hood while its 4G model may feature a different chip.

This upcoming handset will run on Android 11 OS. The powerhouse of the phone will be backed by a 5,000mAh battery. The primary camera setup of the handset will have a 48-megapixel and may have a 3.5mm audio jack. Earlier this month, the smartphone was also spotted on US Federal Communications Commission (FCC) and HTML5 test listings which showed that the phone will be coming with NFC and 15W fast charging support.The phone is also tipped to measure 164.2×76.1×9.1mm.