Samsung is quite busy in bringing the more affordable 5G smartphones in the market. Currently, Samsung is working on the Galaxy A32 5G to hit the market very soon. The phone has appeared on FCC listing. Now, Samsung Galaxy A32 5G spotted on Geekbench with Dimensity 720 chipset. Let’s have a look at the other specs.

Samsung Galaxy A32 5G Appears on Geekbench with Dimensity 720

First of all, the phone has appeared with the same model number SM-A326B seen before on FCC. The phone managed to score 477 points in the single-core test and 1,598 points in the multi-core test. The listing reveals that the phone will come with 4GB RAM. Also, the phone will run Android 11 out of the box which matches previous rumours from earlier this month. 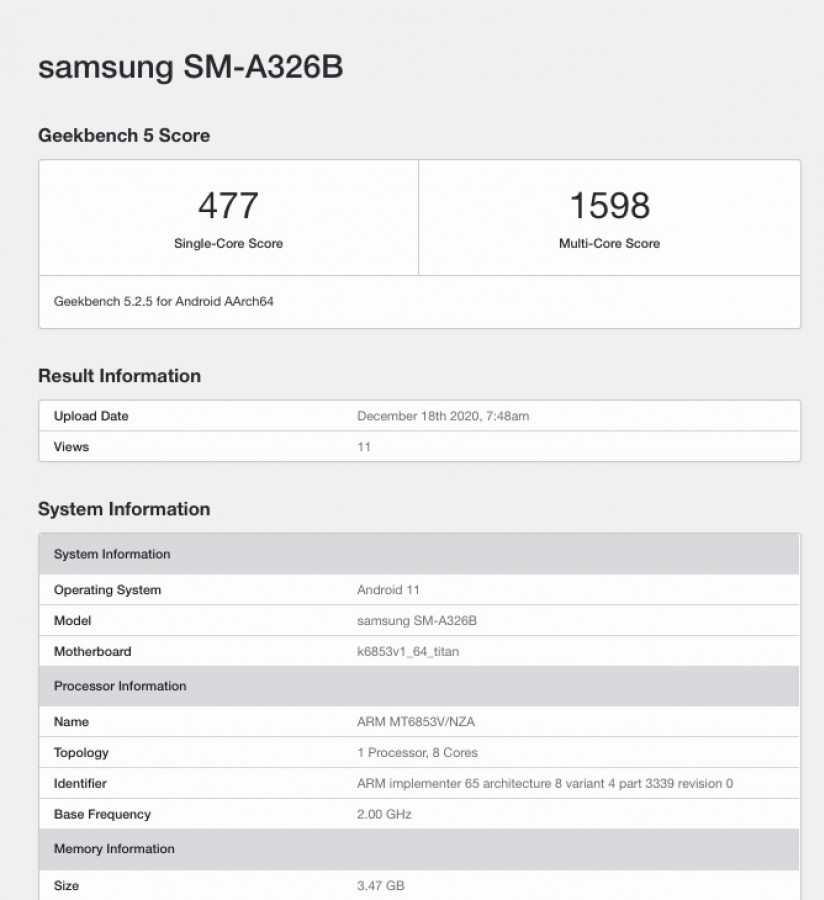 Furthermore, the phone will house a side-mounted fingerprint reader on the right-hand side. just like the other trading phones have this year. Also, the phone will come with a USB-C port flanked by a speaker, microphone and a headphone jack.

This is all that we know so far about the phone. We will surely get more information about the phone in the coming days. Till then stay tuned for more updates.

Xiaomi Latest Handset Patent Will Be A Mixture Of Slider, Roll-Able And Full-Screen Style