Back in February, Samsung has unveiled the Galaxy A50. Later on, in August, the company has also introduced Galaxy A50s. Now the company is planning to launch the successor of Galaxy A50. in August. A new Samsung Galaxy A51 smartphone appeared on Geekbench revealing some important specs.

The Galaxy A51 appeared with the model number SM-A515F and scored 323 and 1,185 points in Geekbench 5’s single and multi-core tests, respectively. 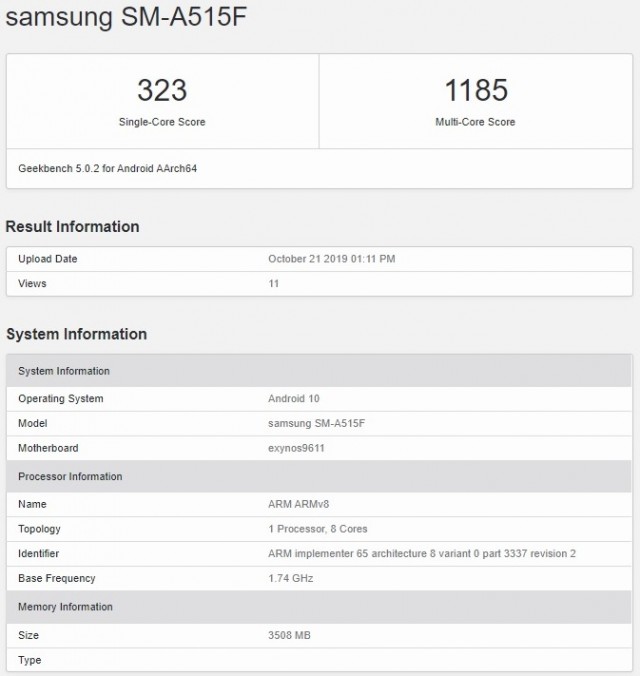 As far as its specs are concerned, it has Exynos 9611 SoC. Also, it will have 4GB of RAM and will come android 10 out of the box. Unfortunately, this is all that we came to know from Geekbench listing. But according to some rumours, the phone will come with quad-camera setup on the back. Not only this, but it will also have a variant with 6GB of RAM and 128GB of storage. This seems quite feasible because the phone with 4GB RAM is low in my opinion. Moreover, the phone may have an in-display fingerprint reader.

Samsung has not revealed anything regarding this phone yet. But hopefully, we will get more information about the Galaxy A51 very soon. Till then, stay tuned for more updates.